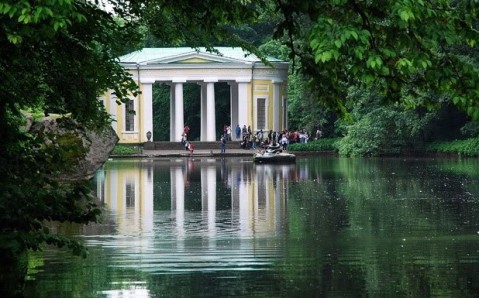 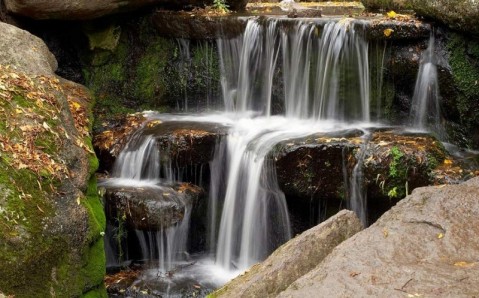 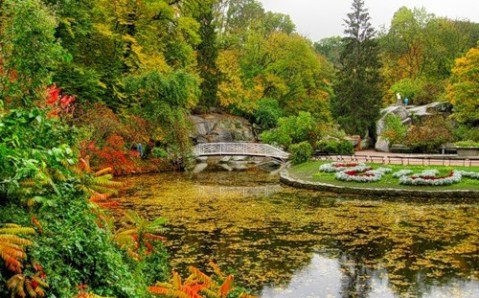 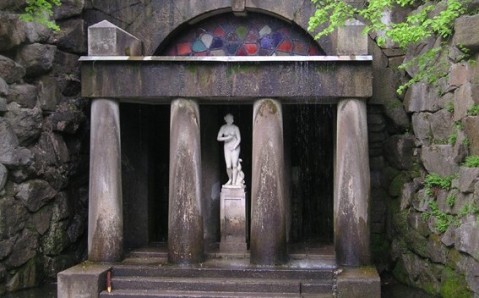 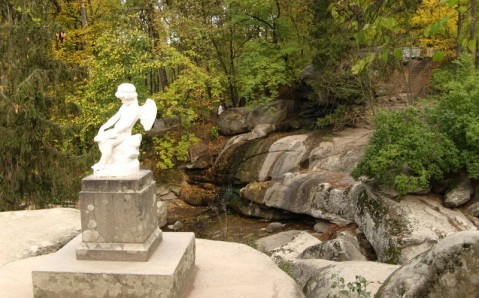 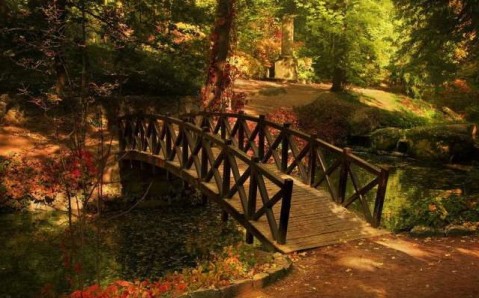 The small town Uman is situated in the center of Ukraine – between Kyiv and Odesa. While it does not have an extensive history or extremely unique landmarks, over half a million tourists come here every year. Why? They all wish to catch a glimpse of the National Dendrological  Park “Sofiyivka,” an unquestioned masterpiece of  the garden art and an amazing natural treasure.

The Sofiyivsky Park, with its marvellous landscapes, fairytale grottoes, mirror-like ponds, and fantastic sculptures, is consistently mentioned as one of the most beautiful parks in the world, along with the famous parks of Versailles, Potsdam and Florence. However, “Sofiyivka,” named by enthusiastic visitors ‘a temple of the nature,’ is not only one of the most charming places of Ukraine, but also one of its most romantic nooks! This should not come as a surprise. After all, this tremendous monument of landscape art was created in the name of love, and for over 200 years has been love’s symbol.

The park was planned in 1796 by Uman’s governor at the time, the Polish Count Stanisław Potocki, who decided to present this unique gift to his adoring wife. The count met the beautiful Greek woman Sofia during one of his travels and fell madly in love. But there was a problem, as both of them were married. Finally, Potocki was able to buy out Sofia from her ex-husband for the sum of two million zlotys, and to divorce his wife.

Wishing to present to his young spouse a wonderful park, which would be as beautiful and luxurious as the best parks of Europe, the count invited the best architects to Uman. After six years, on almost barren land divided by gullies and canyons, a real miracle appeared! Exotic trees and majestic rocks, marvelous waterfalls and amazing fountains, silent lakes and "medieval" bridges stretched over them, antique statues and mysterious caves – all of these fit harmoniously into surrounding landscape and create a unique atmosphere of cordiality, tenderness and comfort.

“Sofiyivka” is often called ‘a stone poem,’ because, according to the architect’s plan, each composition and sculpture alludes to myths and legends of Ancient Greece. The park itself is a living illustration of Homer’s epic poems "The Odyssey" and "The Iliad". In this way, Potocki highlighted Sofia’s ancestry and recreated in Uman a part of her native land – Greece.

When visiting the park, take a walk along its green paths, have a look at the mysterious grottoes (especially the grotto of Venus created in the form of an antique temple), admire the fine statues of Apollo and Euripides, make a wish on the Venetian bridge, visit the most beautiful pavilion of Flora and the Love Island. And if you visit during the summer, go boating on a underground river Styx, which leads to the Dead lake.

The Sofiyivsky Park is beautiful in any season – whether it is wrapped in the snow-white garments of winter, smothered in summer’s lush greenery, or decorated with autumn’s palette. But to make your trip to Uman as comfortable as possible, it is better to plan it for warm seasons and during the week – the park is crowded enough on the weekend.

You can start off discovering “Sofiyivka” on your own, or accompanied by a tour guide.

Tourists are attracted to Uman not only to see the uncanny beauty of Sofiyivsky Park. The city is also the center of pilgrimage of orthodox Jews, who come here from different countries of the world to celebrate Rosh Hashana and to honor the memory of a Judaic saint, the founder of Breslov Hasidism, Rebbe Nachman, who is buried in Uman.