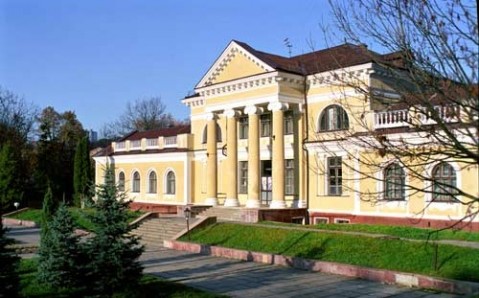 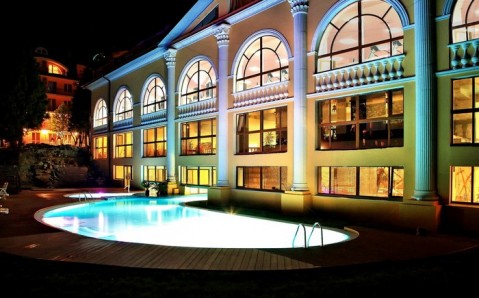 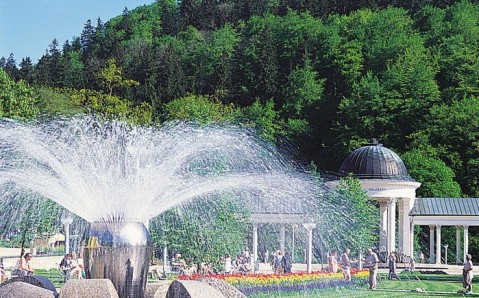 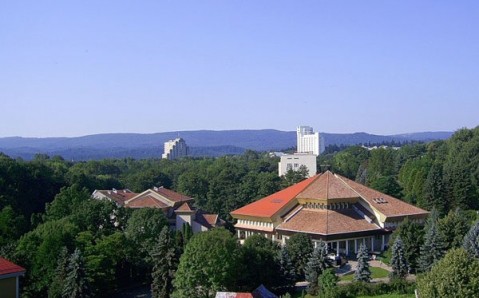 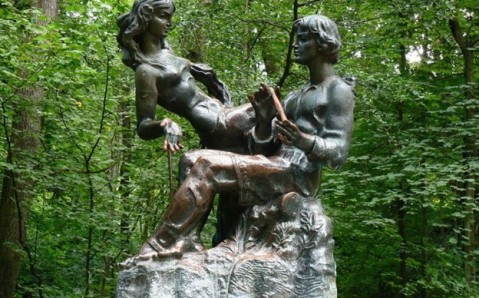 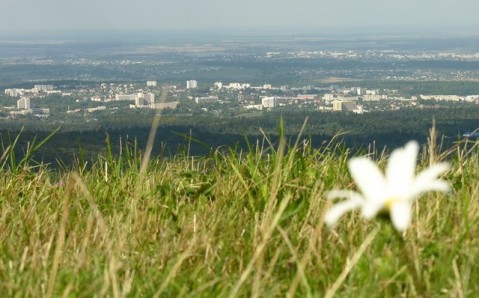 This small town rests in a picturesque river valley in the foothills of the East Carpathian Mountains. The valley contains perhaps the best-known health resorts in Ukraine and one of the oldest in Europe. Truskavets relies on its curative mineral waters, hospitable climate and oxygen- and ozone-rich air to draw tourists to its resorts, and it has succeeded in becoming an ideal place for rest and health improvement.

Already in the 16th century the Polish court’s doctor, Vojtseh Oczko, detected the curative properties of Truskavets’ water. He noted that its characteristics were as beneficial as those of well-known European health resorts like Rosenheim, Baden-Baden and Budapest. But Truskavets did not become a true resort until 1827, when its first water treatment center appeared. After that, city officials started actively developing the city’s infrastructure: hotels, sanatoriums, villas… These buildings are so majestic that some tourists come to Truskavets only to marvel at its architecture. One of the oldest and most interesting buildings in the city is the villa "Gopliana," which now houses the museum of the famous artist Michael Bilas.

By late 19th century, Truskavets turned into one of the finest health resorts in Europe. People came here from Vienna, Krakow, Prague, Warsaw, and Berlin to rejuvenate their health. Its healing springs and first-rate rehabilitation centers, offering multiple treatments, are extremely popular even today, attracting up to 200,000 tourists from Ukraine and Europe annually.

The treasures that make this all possible are the fourteen streams and underground mineral springs, the deposits of so-called mountain wax – ozokerite, and the “Barbara” salt, which is as good for the health as the salt of Czech Republic’s famous Karlovy Vary (Carlsbad). “Naftusia” is considered to be the finest mineral water of Truskavets, and it made the city famous far outside Ukraine. It owes its unique curative properties to substances that originate from petrol. These molecules, as a rule, break apart when they come in contact with oxygen, which is why you need to drink “Naftusia” by the building that pumps out the water, located in the centre of Truskavets. It is also advisable drink it out of special cups, to avoid damaging your enamel.

Yet the water’s healing properties are unmistakable. This miracle water helps to fight against diseases of the kidney (and kidney stones in particular), liver, bile ducts; it cleanses your body of nuclides and chemical waste; and it improves one’s metabolism. Truskavets’ sanatoriums and clinics also help to cure cardiovascular illnesses and help to cleanse the endocrine system, digestive organs, and many others.

You can stay in Truskavets for weeks, for treatment and rejuvenation, or you can visit it just a one-day excursion, to try for yourself the curative mineral waters and to walk the paths of the famous English-style park, which is recognized as a masterpiece of garden art.

Location: Truskavets is 100 km away from Lviv, and regular railway and bus shuttles are arranged between the cities. You can also take the train directly from Kyiv, Kharkiv, Donetsk, Moscow, Minsk, Kishinev, or Prague.