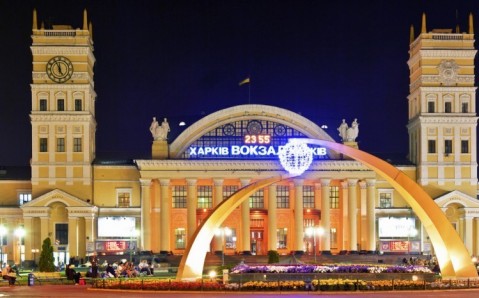 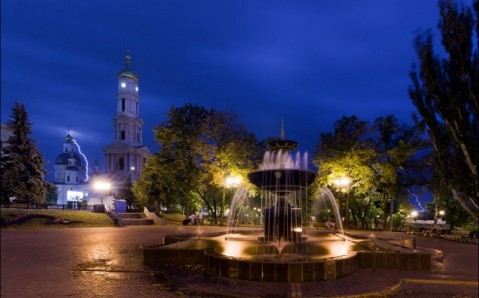 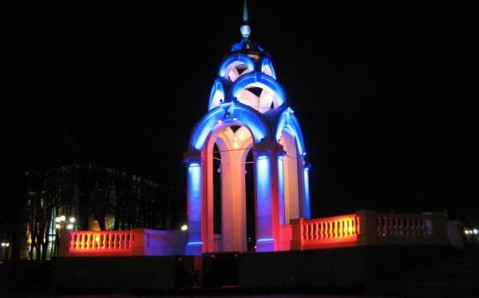 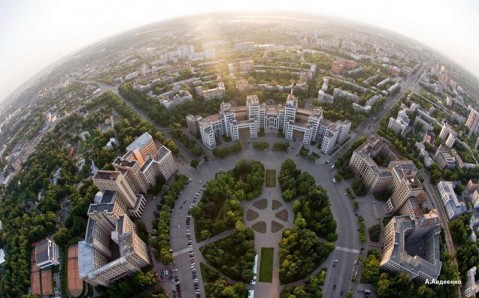 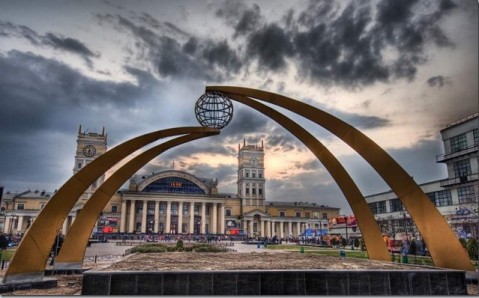 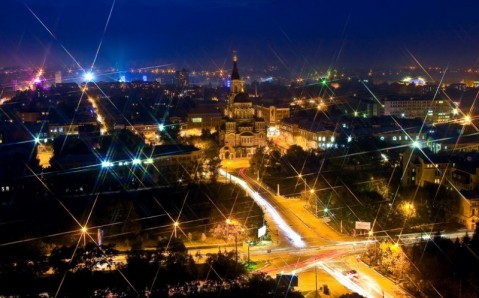 Kharkiv is the largest city in eastern Ukraine and the country’s second most populous. It is hard to guess that this city, known for commerce, science and industry, would have much to offer its visitors. But Kharkiv’s economic successes have not come at the expense of its charm and inexplicable magic, which touches the hearts of all those who come to visit the city.

Founded in 1654 by Cossack migrants, the city was built at the joining of the Lopan and Kharkiv Rivers, the latter being the city’s namesake. In the beginning, the city served a defensive purpose, protecting the Russian Empire’s southern borders from the raids of nomad tribes. But the city also put its location to good use, soon becoming an important trade and industrial center. From 1919 to 1934, it was the capital of Soviet Ukraine. At that time, the city became an important industrial center, behind only Moscow and St. Petersburg. Today, Kharkiv is the center of eastern Ukraine’s science and manufacturing.

The monumental Soviet-era architecture underscores the city’s status and adds a harsh edge to its appearance. This severity is diluted, however, by the bright colors of numerous parks and splendid cathedrals. The heart and pride of Kharkiv is the famous Freedom Square, which is the largest in Europe and the third largest in the world. The crown jewel of its architectural ensemble is the constructivist Gazprom complex. It consists of several buildings, connected passages at different levels. In the center of Kharkiv also stands the State Industry building. Built in the early 20th century, it was the first high-rise building in Ukraine.

Not far from the square is one of the most beautiful sights of the city, the Shevchenko Park. Inside the park, you will find an impressive cascade of fountains and see the monument to the most famous Ukrainian - Taras Shevchenko. After that, you can get acquainted with Kharkiv’s terrific sacral architecture. Perhaps the most remarkable is the Annunciation Cathedral, which is distinguished by its uncommon striped patterns and Byzantine shape. Right behind it, you can see the city’s oldest orthodox church, the Russian Baroque-style Assumption Cathedral, built in the 18th century. Its bell tower, built to commemorate the Russian victory over Napoleon's forces in the War of 1812, is the highest man-made point in the city and one of the highest bell towers in Ukraine. An organ was recently installed in the cathedral itself, and it now hosts numerous concerts.

It is certainly worth your while taking a walk along the city’s old quarters, especially along Sumskaya Street, where charming old houses have survived until today. Sooner or later, you will come upon the Constitution Square, where lots of interesting statues and objects are concentrated. The most remarkable of them is the huge thermometer, under which local citizens like to meet. You will also see two tanks there, a Soviet and an English one, commemorating the Civil War of 1918 - 1922.

On Sumskaya Street, in front of the Opera House, stands one of the symbols of Kharkiv, the unique fountain "Zerkalnaya Struya" (literally, "The Stream of Mirrors"). It looks like a pavilion, from under which a mirror-like stream of water comes down. In the evening, when the colored lights turn on, the fountain looks especially impressive.

During your stay in Kharkiv, you need to make a visit to the Museum of Art, one of the oldest in the city. It is known for its impressive collection, numbering over 20,000 pieces: paintings, sculptures, and contemporary items of art. No less interesting is the collection kept in another of its branches, the Parkhomivka Museum of History and Arts. There you will see the originals of such masters as Picasso, Kandinsky, Malevich, among others. Kharkiv is also famous for its unusual monuments; for example, one is to the sewing machine, another to the gas valve, and one even commemorates the combustion engine.

But seeing Kharkiv is not enough. You need to feel the inimitable energy of this modern, fast developing metropolis. It owes its lively vibe in part to the large number of youths (Kharkiv is usually called the student center of Ukraine) who live an active life spread their energy to every visitor!