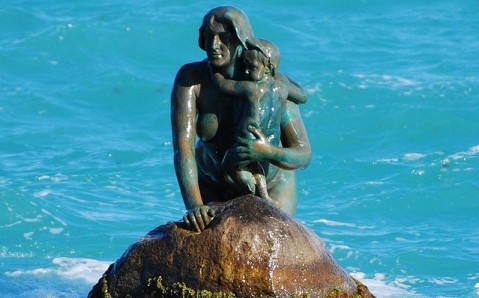 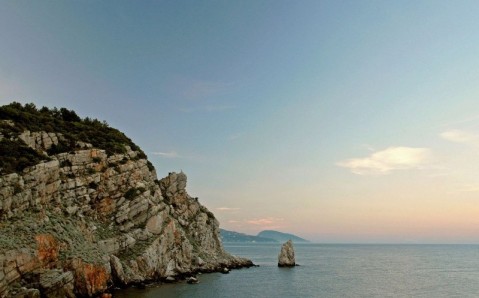 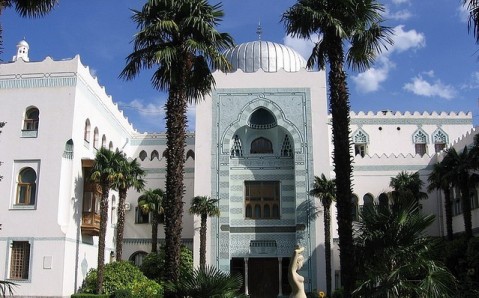 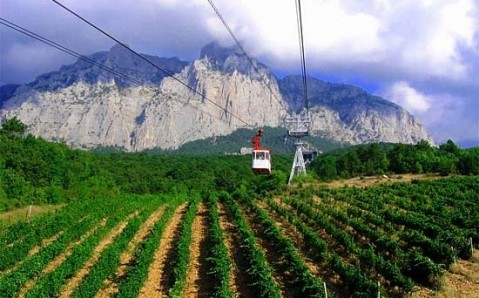 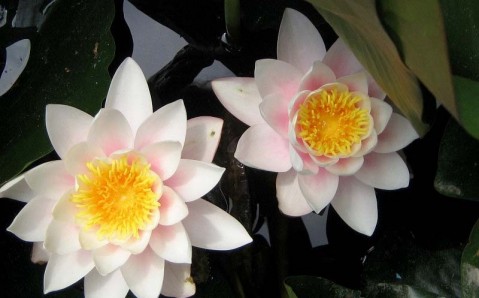 Tiny resort settlement Miskhor is one on the most attractive sites at the Southern Coast of Crimea. In Crimean Tatar its name means 'middle settlement' and is derived from its interesting location: Miskhor stands, as if squeezed, between two other Crimea's gems - Gaspra and Koreiz. Curative combination of sea and mountain air, warm sea, sunny beaches, numerous sanatoriums that shine, as if white beads, against the background of parks' juicy verdure - all this yearly attracts thousands of tourist to Miskhor.

Miskhor is rightly considered to be one of Crimea's most prestigious resorts, mostly due to its unique location that makes it the warmest place at the southern coast: mountain range protects it from cold winds. Although the majority of tourists come to Miskhor in order to luxuriate on its beaches and to plunge in the Black Sea, architecture lovers and nature wonders connoisseurs will find what to see here.

In the first place, resort's main symbol - bronze sculpture of Mermaid with a child in her arms that is installed on the small rock in the sea - is worth seeing. One more sculpture - Girl Arzy and Robber Ali-Baba - stands opposite to it, near the fountain on seafront. These two sculptures together constitute a united composition. Its author - prominent architect who designed the Monument to Sunken Ships in Sevastopol - embodied a famous Crimean legend about beautiful girl Arzy, who once lived in Miskhor. As the legend has it, she was kidnapped by robber Ali-Baba on her wedding day and was sold to Turkish sultan's harem. However, Arzy didn't want to live in Istanbul in captivity, jumped into Bosporus waters and appeared in native Crimean shore in person of mermaid with a child in her arms. Unfortunately, the original sculpture of the Mermaid was lost to the storm; it was replaced with exact copy.

However, resort's main attraction is Miskhorsky Park that covers the seacoast with a huge green blanket. Laid out back in the late 18th century, it is rightly recognized as a masterpiece of landscape culture. Over one hundred kinds of exotic trees and bushes are gathered here: sequoia, magnolia, cedar, yew and many more. Light and music fountain is installed in park's center.

Miskhor's brightest architectural attraction - Dulber Palace that is now one of many buildings of the namesake sanatorium - stands out against the background of Crimean Mountains' fabulous views. Finished with colorful mosaics, Beautiful (that is 'dulber' in Crimean Tatar) Palace was built in Mauritanian style in the late 19th century for Russian Prince Petr Nikolaevich, uncle of the Imperator Nikolai II. After the revolution of 1917, the palace was turned into real fortress, where members of House of Romanov hid from Bolsheviks for some time. But in 1922, one of the first Soviet health resorts was opened here.

Luxurious park, adorned with sculptures, arbours and basin with water lilies, ringed with fan palms' alley, is laid out near the health resort. Miniature botanical garden with multitude of interesting flowers and trees is created on the park's territory.

The longest in the world cableway, leading to Ai-Petri Mountain, is also among Miskhor's sights. The road runs over vineyards and protected forest, amazes with its spectacular views, and presents everyone, who dares to come up on a height of 1200 meters, with unforgettable feelings. 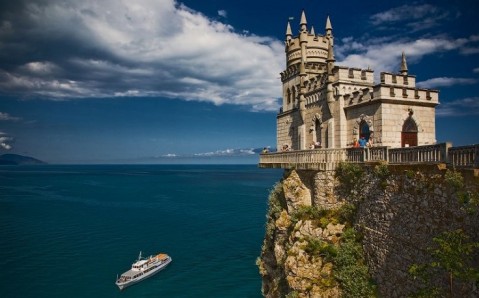