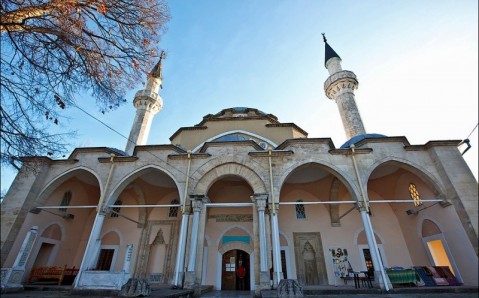 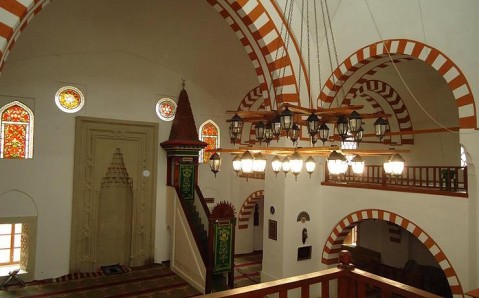 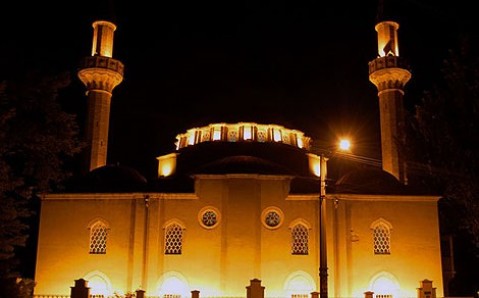 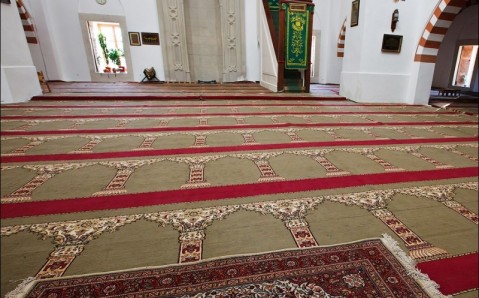 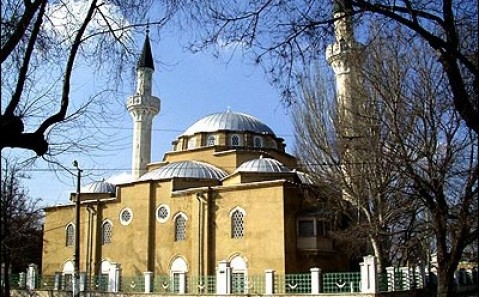 Juma-Jami is Yevpatoria's main mosque and one of the most interesting medieval Islamic architectural monuments in Crimea. The biggest and the most beautiful mosque on the peninsula was built in the middle of the 16th century on Koca Sinan's - the famous Turkish architect and the creator of over 300 wonderful buildings in Istanbul, Adrianolpol and other cities - project.

The name Juma-Jami is translated as 'Friday Mosque'. It is also called Khan's: it was here that the ordination ceremony took place, after the pretender to the Khan's throne was approved in Istanbul. Until the late 18th century an ancient act subsequently signed by Crimean Khanate's eighteen rulers was kept in the mosque.

Juma-Jami's architectural forms are reminiscent of famous Saint Sophia's Cathedral in Constantinople: its composition is built after so called accumulating volumes approach. The 22-meter high and 21-meter wide mosque is a centered domed building that looks like a cube from outside. Despite its impressive size and thanks to numerous windows of different size and form that cut through its walls, the temple looks light and airy.

Existing for almost five centuries, the temple was rebuilt and reconstructed from ruins several times. Thus, in the late 20th century two 35-meter high minarets that had collapsed in the 17th century were restored at the Mosque's eastern and western sides. In Soviet times the Museum of Religions' History and Atheism was situated on the temple's premises. Today Juma-Jami is a functioning mosque, opened for visiting.