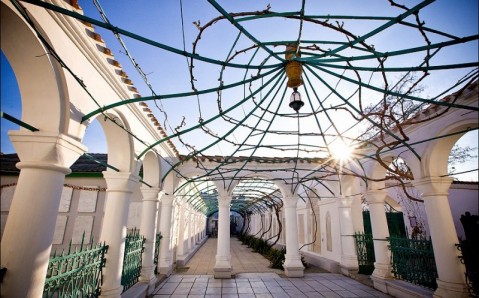 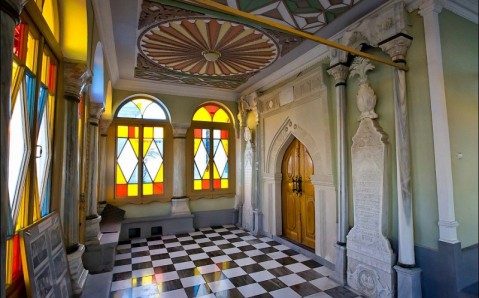 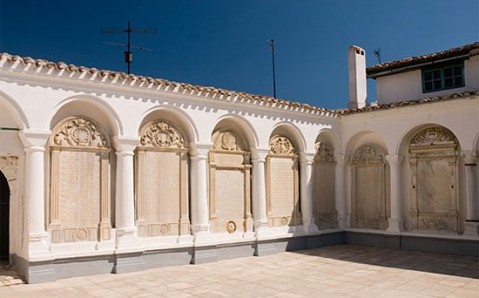 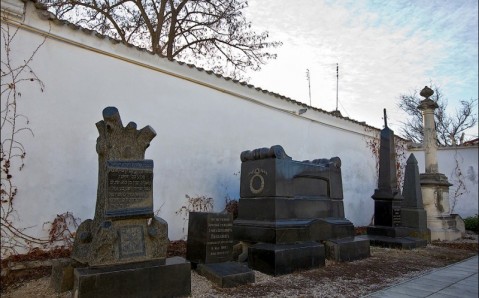 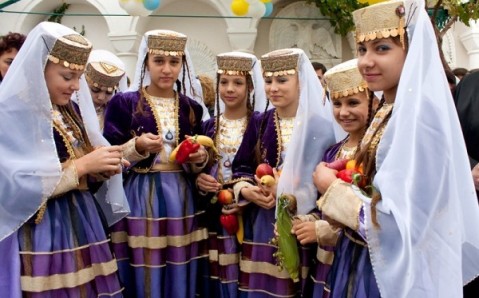 Karaites' Kenasas is an amazingly beautiful and unusually harmonic temple complex. For two centuries it was the center of Crimean Karaites' spiritual and religious life. Today it is one of Yevpatoria's most original architectural sights.

Karaites are the most mysterious and scanty Turkic people, representatives of which traditionally profess Karaism - peculiar branch of Judaism. Cavern town Chufut Kale in Bakhchysarai's outskirts used to be their major center in Crimea for a long time. However, after the peninsula was annexed to Russian Empire in the late 18th century, the majority of Crimean Karaites moved to Yevpatoria. At the same time the necessity of the large temple, where the community's representatives could gather for divine services, arose.

Thus, in 1805 a wonderful light building of the Large, or Cathedral, Kenasa - the prayer house meant for festive services - appeared in Yevpatoria's historic center. Ten years later the Small Kenasa for regular divine services was built near it, on the place of old (dated by 16th century) Karaites' Temple. Both buildings were carried out in classical style, 'flavored' with Crimean architecture's coloring.

Three elegant inner courtyards lead to the Kenasas' complex. Slabs with Hebrew writings decorate the first one - the Grape Yard. There is also a marble fountain here that served for hand washing before prayer. Slabs with the names of Kenasas' sponsors and marble slabs with information about the most significant events in Karaite community's life decorate the second - the Marble Yard. The oldest slab dates back in 1790. The Marble Yard is notable for marble stele, installed here in memory of Russian Imperator Alexander the Firsts' visit to Kenasas in 1825.

In the year 1921, when Soviet government assumed the power, the Large and the Small Kenasas were closed. Only twenty years later - during the World War II - the Small temple was reopened, and a charity canteen was adjoined to it. The canteen may be seen even today. In the 60s years, the temple complex's premises were occupied by museum of local lore's expositions, sports groups and even by kindergarten. Only in 1999 Kenasas' buildings were returned to Karaites and restored.

Today Karaites' Kenasas are not just a working temple, but a very interesting tourist sight. Excursions are carried out here on free from divine services days. Today an original cafe, offering Karaites' national cuisine, 'Karaman' and the Museum of Karaites' History and Culture function not far from the temple complex.