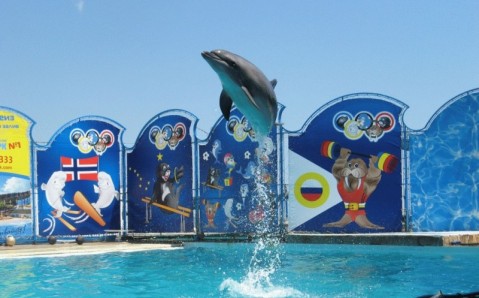 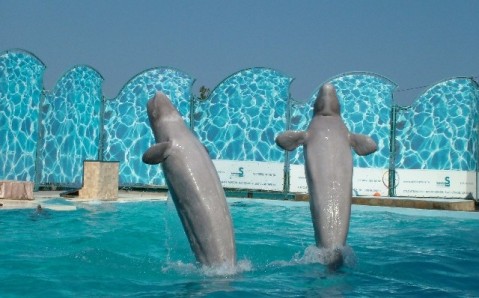 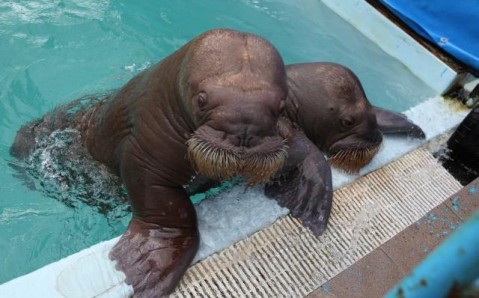 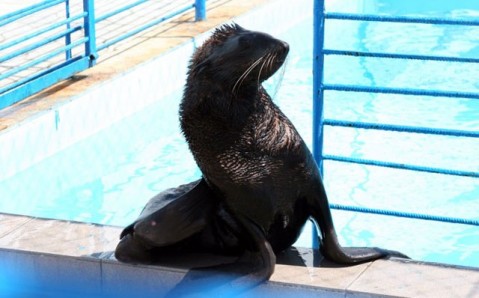 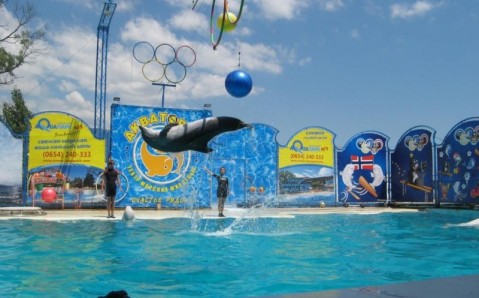 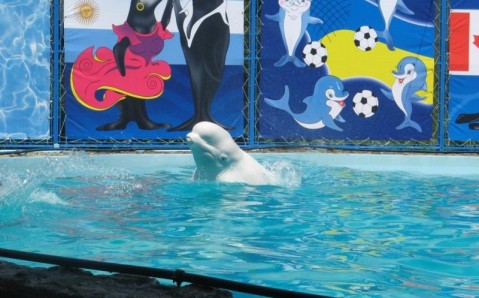 The Dolphinarium Aquatoriya is situated not far from Yalta, in the settlement Livadiya. It consists of the sea animals’ theater and dolphin therapy center.

Bottlenose dolphins, white whales, seals, South American sea lions and walruses perform in the sea animals’ theater. Each of dolphinarium’s inhabitants has individual character, which is revealed in his acting talent and flair.

The dolphin therapy center selects the friendliest dolphins that like to communicate with people, especially with children. Rehabilitation courses, supervised by experienced instructors, are offered there. 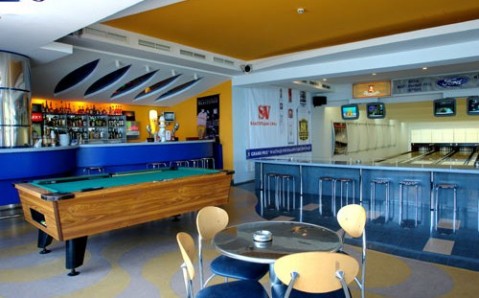 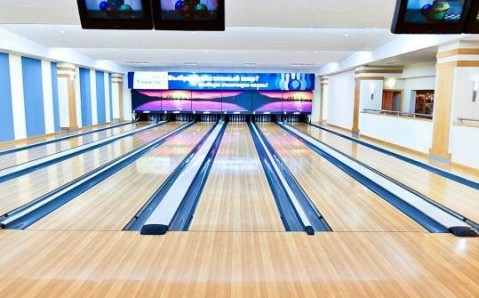 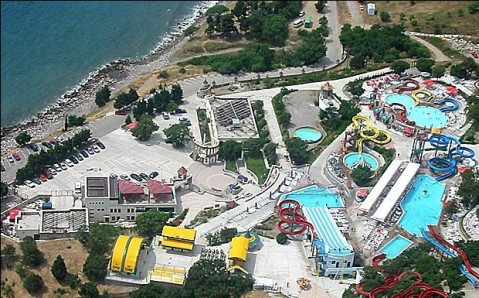