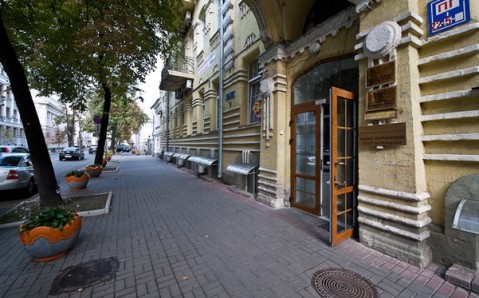 New Theater on Pechersk • Kyiv (111 km.)
Opened in 2010, the new Drama Theater on Pechersk is situated near the subway station Pecherska and is one of the youngest theater projects in Ukraine. Over the years of it existence the drama theater’s team has staged 26 original plays. Theater’s performances were often prize winners and laureates of the festivals held in Russia, Belarus, Germany, Great Britain, and Sweden.
more Show on map
The Theater on Lypky • Kyiv (109 km.) 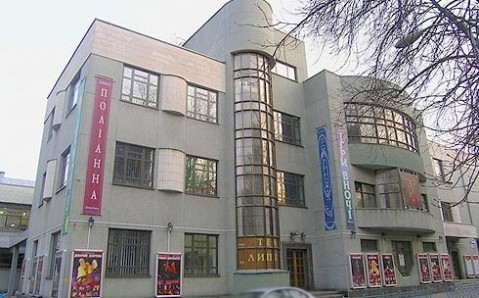 The Theater on Lypky • Kyiv (109 km.)
Kyiv’s theater on Lypky (The Theater of Young House) is located in Kyiv’s downtown near the subway station Arsenalna. It opened its first theater season in 1924 with staging the Jungle Book on the motifs of Rudyard Kipling’s novel. Now the theater’s repertoire numbers over 30 performances, representing the classical and modern literature: W. Shakespeare, J-B. Moliere, P-O. Beaumarchais, A. Chekhov
more Show on map
The Drama and Comedy Theater on the Left bank • Kyiv (110 km.) 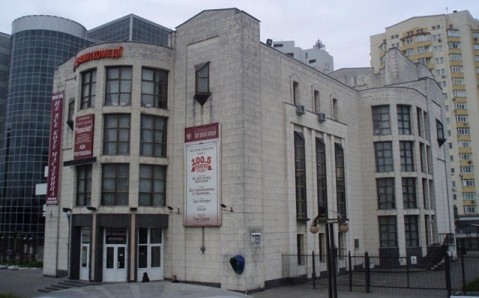 The Drama and Comedy Theater on the Left bank • Kyiv (110 km.)
The Kyiv Academic Drama and Comedy Theater on the Left bank of the Dnieper River, stands near the subway station Livoberezhna and is one of the capital’s youngest creative groups. Its history started in 1978, when theater’s team came together for the first time, and a year later the first premiere was held here. In 1990, the theater moved to the new building, which it occupies until now. The Drama
more Show on map
The Young Theater • Kyiv (109 km.) 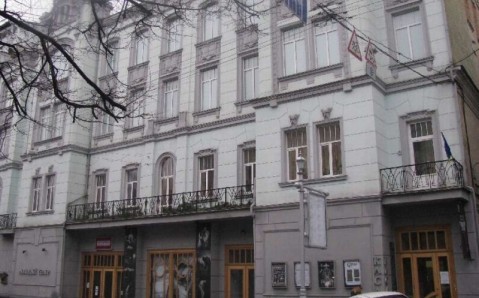 The Young Theater • Kyiv (109 km.)
The Kyiv Academic Young Theater, founded in 1979 as the Youth Theater, is situated in Kyiv’s downtown, not far from capital’s main street – Khreshchatyk. Theater’s building was constructed in the late 19th century and, in different times, sheltered such famous theater troupes as the Young Theater of Les Kurbas and the Theater Berezil. The theater has a lot of original performances to its name, but
more Show on map
The Operetta Theater • Kyiv (110 km.) 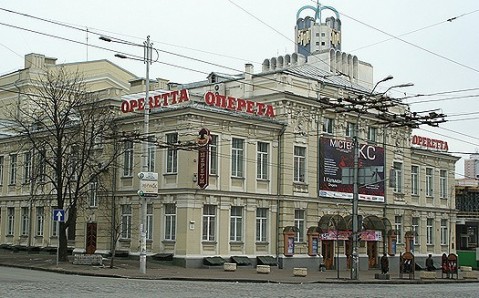 The Operetta Theater • Kyiv (110 km.)
The Kyiv Academic Operetta Theater is situated in the original 20th century’s building that is located in capital’s very center, within a few steps from the subway station Olimpiiska. The main principles of the theater team’s creative life are respect for the classical operetta’s heritage and modern approach. Theater’s most famous performances include “Sorochyntsi Fair” by Nikolai Gogol, “For two
more Show on map
National Opera of Ukraine • Kyiv (109 km.) 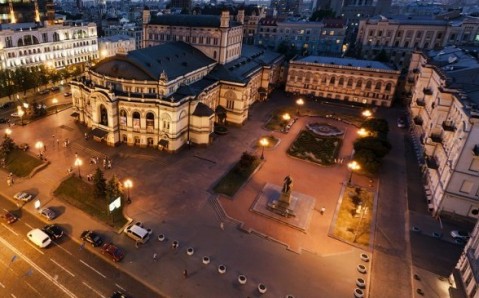 National Opera of Ukraine • Kyiv (109 km.)
National Opera of Ukraine is the biggest music theater of Ukraine, proudly located in the capital of the country - Kyiv. The troupe of the theater was organized in 1867 and immediately became one of the most successful in the Russian Empire along with Moscow and St. Petersburg grandees. The gorgeous building of the theater was raised in 1901 on the design of architect Viktor Shreter. The auditoriu
more Show on map
National Theater of Russian Drama • Kyiv (109 km.) 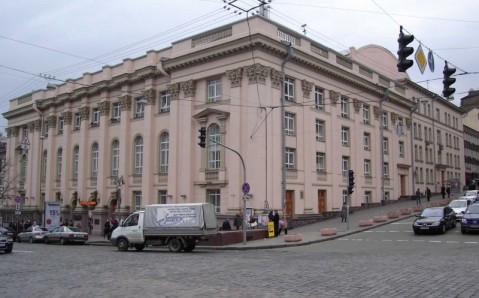 National Theater of Russian Drama • Kyiv (109 km.)
In the very center of Kyiv, within a few steps of Kreshchatik Street and not far from the Golden Gates, shelters the well-known Theater of Russian Drama, which was founded in 1891 and is considered to be the first stationary theater of the Ukrainian capital. The theater quickly won love and respect of the audience, mainly due to striking and original individuals in its creative team. Their unique
more Show on map
National Drama Theater • Kyiv (109 km.) 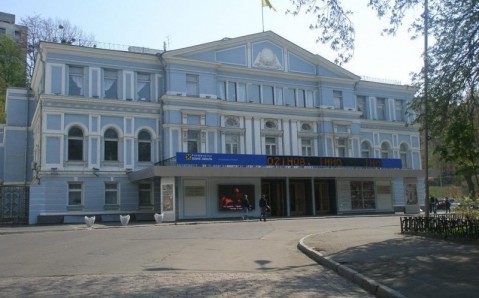 National Drama Theater • Kyiv (109 km.)
Ivan Franko National Academic Drama Theater - one of the best theaters in Ukraine - was founded in 1920, and its building was ready back in 1898. It is explained by the fact that the troupe of the theater arouse in Vinnytsia and, after numerous removals, finally settled in the capital of Ukraine. "Forest Song" after Lesya Ukrainka's work of the same name, "The Inspector General" by N. Gogol, "Sain
more Show on map
Kyivan Puppet Show • Kyiv (108 km.) 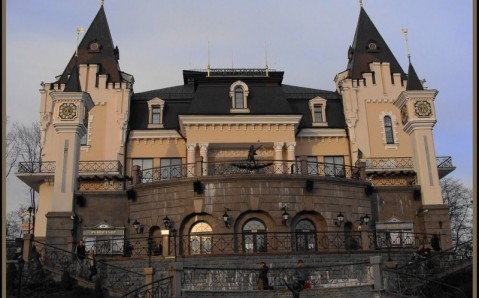 Kyivan Puppet Show • Kyiv (108 km.)
Kyivan puppet show is the oldest puppet show in Ukraine founded in 1927. In 2005 the theater moved in the new magnificent building, which is reminiscent of a fairy-tale palace from both inside and outside. Moreover, there is a park in form of children's town on the territory by the theater, where sculptures of fairy-tale heroes, fountain, flower beds, etc. are presented. There are two halls in the
more Show on map