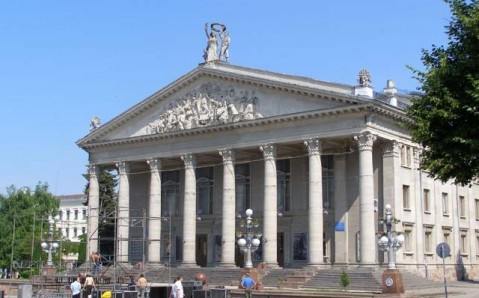 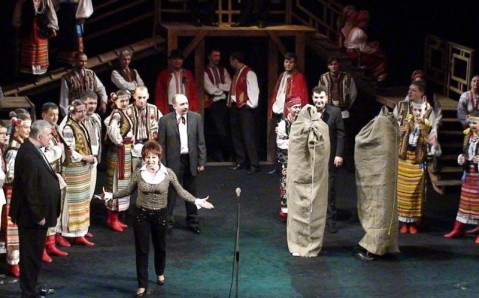 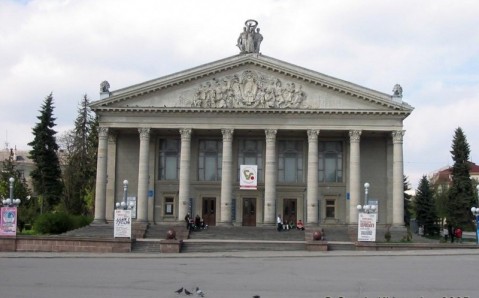 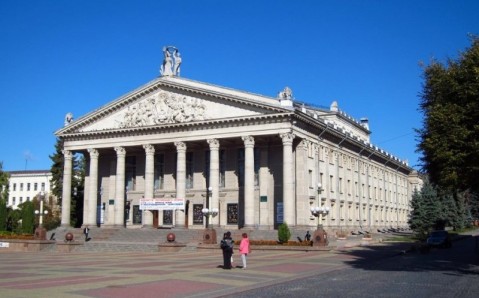 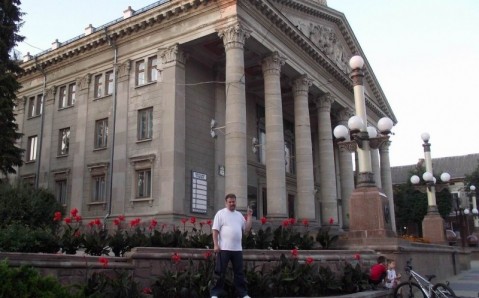 The troupe of the Ternopil Theater was formed in Sumska oblast, but after several years of removals and the World War II stayed in Ternopil, where it performs till present days, leaving the town only for performances on international festivals and guest performances abroad.

The magnificent building of the theater that decorates the main square of the town deserves special attention. Its gable is richly decorated with minor finishing bas-relief forms and eight pillars in the Corinthian style. At night the theater is illuminated in the colors of the Ukrainian national flag.

The repertoire of the Ternopil Theater consists mainly of the performances after works of maîtres of Ukrainian and foreign literature. There are "Pompous Sonata" by P. Kulish, "Trufaldino from Bergamo" by C. Goldoni, "The Bat" by J. Strauss among the most successful plays. 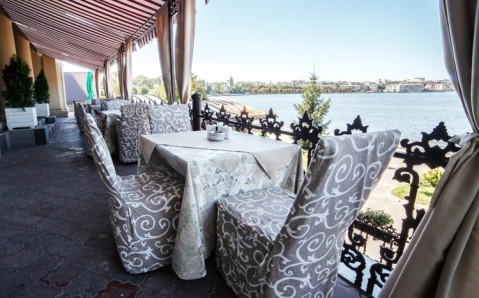 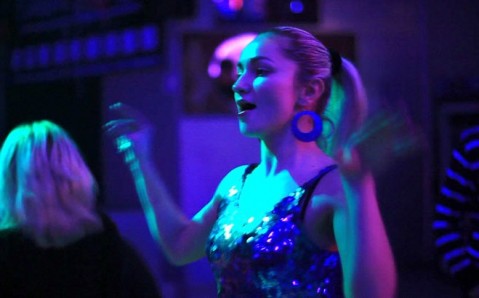 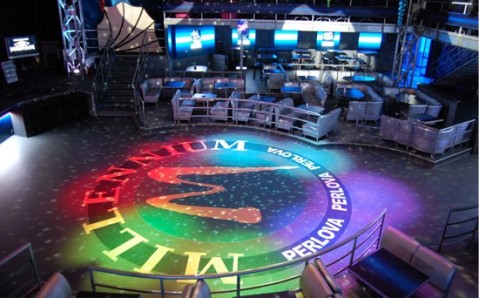