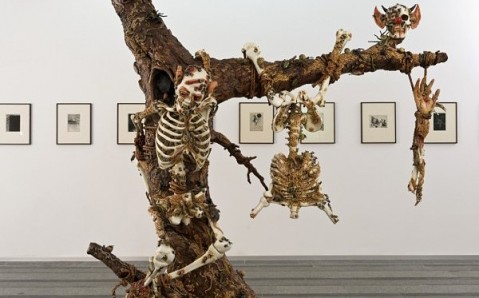 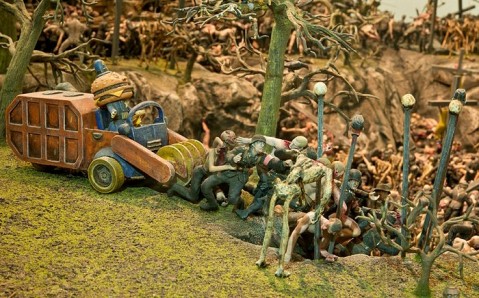 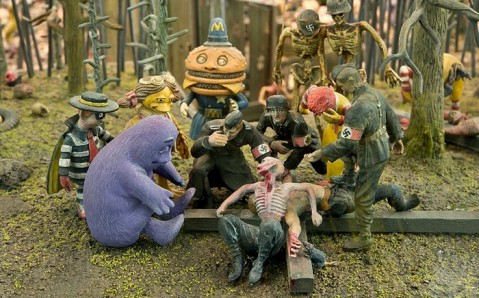 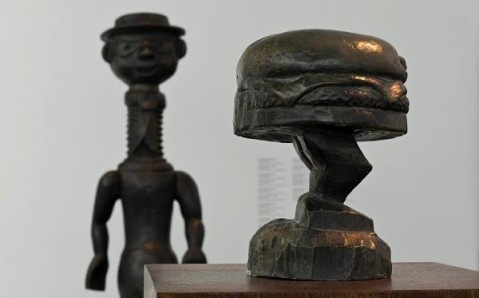 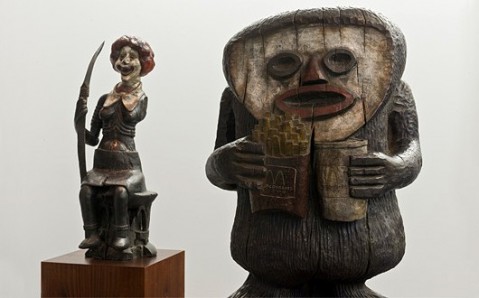 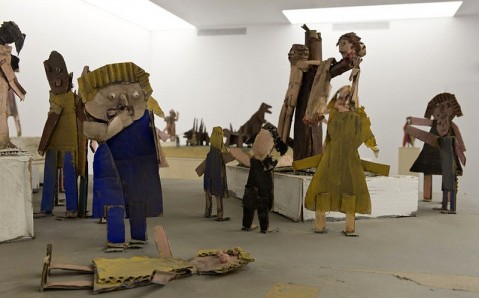 On February 16, the solo exhibition of British conceptual artists Jake and Dinos Chapman ‘Chicken’ was launched in the Kyiv exhibition center PinchukArtCentre for the first time in Ukraine.

The project is centered on artists’ new large-scale installation The Sum of all Evil (2013), which forms a holistic view of brothers’ central themes such as the Holocaust, violence, and death. It is a new landscape of miniatures that consists of four dioramas. The project is based on historic events that took place in Babi Yar (the Ukrainian mass grave where the Nazi invaders executed more than 30,000 Jews within two days), in 1941. In addition, there are references to such historical paintings as The Apocalypse by Hieronymus Bosch and some etchings by Francisco de Goya.

Moreover, the exhibition that will last until April 21 introduces bronze sculptures from The Chapman Family Collection, based on rare ethnographic masks and fetish objects.