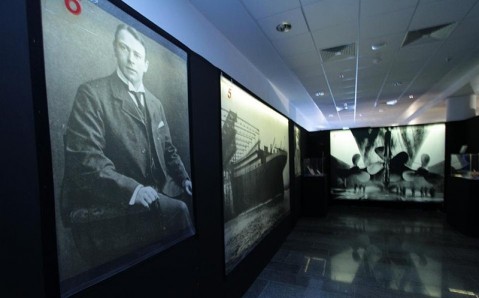 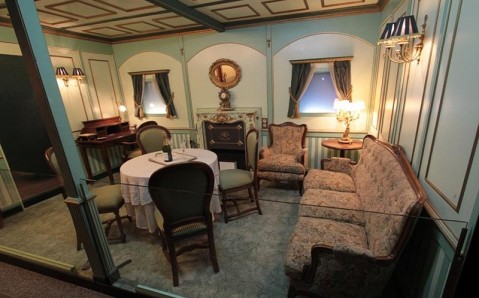 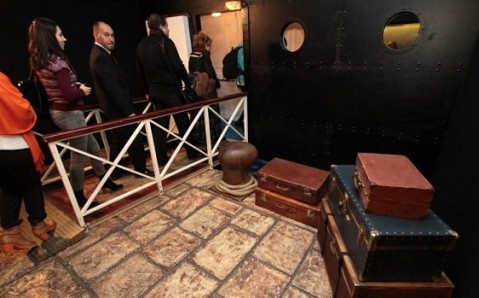 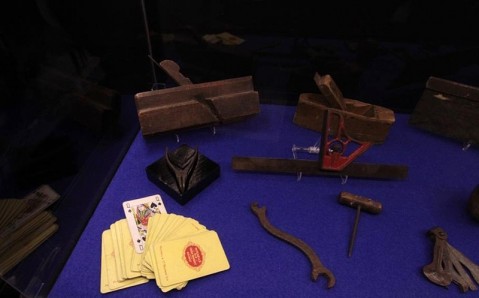 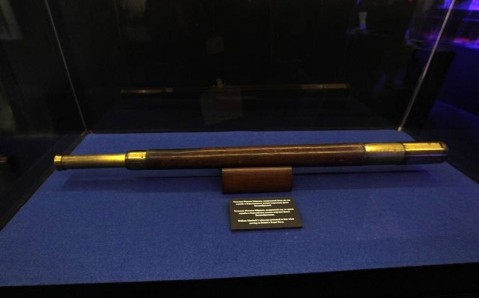 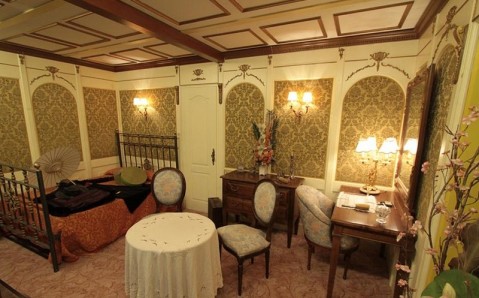 The exhibition “Titanic. Ship of Dreams” was opened in the Kyiv NSC Olympic on October 6th. It is dedicated to the legendary ship that sank in the Atlantic in April, 1912. Ukraine is the first East European country, where this exposition is presented. More than 1.5 million people in different countries of the world saw it so far.

More than 200 exhibits are shown there. They include installations, original artifacts, photographs and objects of that time, which have to do with the liner and its passengers. The exposition tells the human tragedy and not only the technical story of the ship.

At first, visitors have to cross special bridge in order to get on board. That is how people used to board a ship 101 years ago. The first hall features a big photograph of Lieutenant William Murdoch, who was in charge on the bridge the night when Titanic collided with an iceberg. Then, excursion continues in the steerage, where bunk beds and a washbasin are arranged in a narrow room. The luxurious corridor with cut-glass chandeliers leads to the first- and second-class rooms. Excursion ends in the technical rooms of the ship. A copy of an iceberg is exhibited there. It is the only exhibit, which you are allowed to touch.

Postcards and photos, cutlery and jewelry, furniture and chandeliers, books and tools are just a little part of all items that can be seen at the exhibition. The single object, which was raised directly from the seabed, is coal that had been stored in the ship's boiler room number 1. Other items are property of rescued passengers, imitation of interior or things from Titanic’s twin-ship – Olympic.