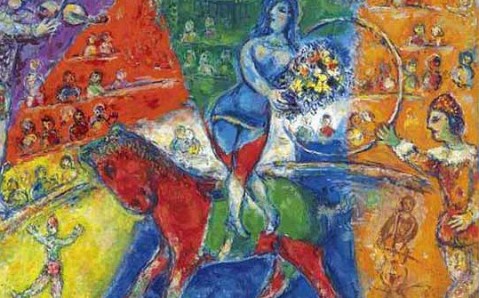 On October 17th – 27th, the Large Antique Salon will be held on the territory of the museum complex Mystetsky Arsenal. It is a large-scale exhibition event on Ukrainian antiquity market. Salon’s central accent is made on works by bright artists of the 20th century – Marc Chagall, Pablo Picasso, Moise Kisling and Khana Orlova.

Works by representatives of the Parisian School from Feldman Family Museum’s collection are put in the basis of the exhibition. Parisian School conditionally unites several generations of international society of artists, which was formed in the capital of France, after 1900. They were not connected by any formal relationships, common ideas or professional views, but thanks to high concentration of creative forces and friendly competition, a unique atmosphere was formed in their milieu. It facilitated emergence of new art language forms, crystallization of individual vision and expression, but not the unity of style.

In total, visitors will see 85 works of painting, graphics and sculpture during the special project. They were created by 47 artists of the late 19th – early 20th century.