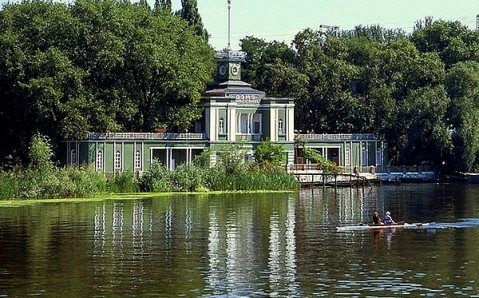 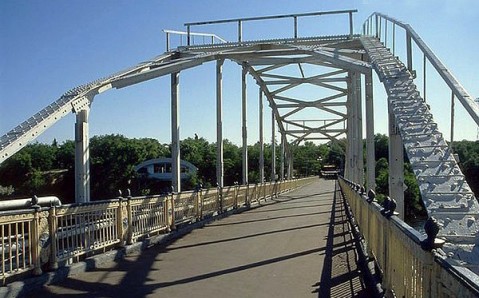 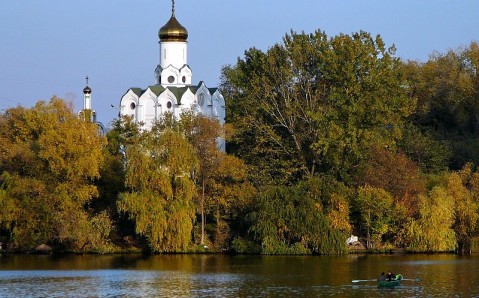 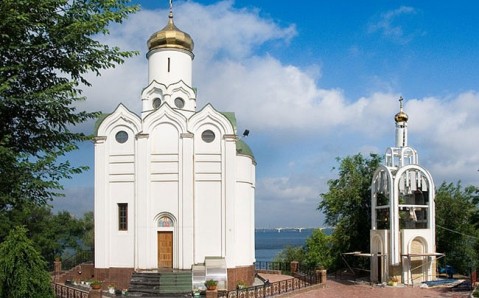 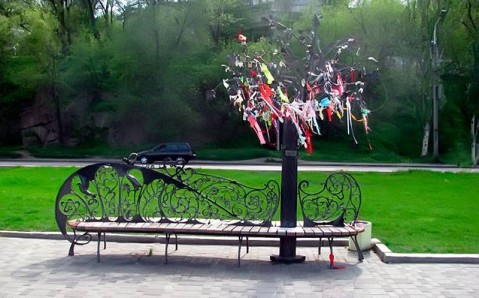 Enfolding its main hill in crescentic embrace, the legendary Monastyrsky Island is Dnipropetrovsk's urban nucleus and undoubtedly most mysterious and romantic sight. The island is part of Dnipropetrovsk's largest park complex - Shevchenko Park - and is the favourite relaxing place for locals and an interesting tourist sight for city's guests.

The Monastyrsky Island's history is uncertain, and therefore, it's surrounded with numerous legends since olden times. According to one of them, this place existed as far back as the 1st century: it was then that Apostle St. Andrew the First-Called stopped here during his trip to the eastern lands with Christian mission. Since those times the Monastyrsky Island is considered to be one of many Orthodox outposts.

The island got its name from the Byzantine Monastery, which is said to have stood here in the 9th century. At that time, the famous trade route from the Varangians to the Greeks passed through the Dnieper River, and the Monastyrsky Island was often used as sort of stopping post. It is considered that thousand years ago, the Old Russian princess Olga waited for a storm to pass in the monastery on her way to Constantinople. And shortly after that, the prince Vladimir the Great, heading to the Chersonese, rested within its walls. The monastery existed until 1240, and then it was completely destroyed and ransacked by Tatars and Mongols.

Built in 1999, the St. Nickolay Church is rightly considered to be the Monastery Island's gem. Raised of white stone and crowned with golden dome, it can be clearly seen from city's different points and is Dnipropetrovsk's symbol.

The elegant pedestrian bridge leading to the island is considered to be a landmark of its own. An unusual sculptural exposition - the Bench of Sweethearts and the Tree of Happiness, forged by Dnipropetrovsk's blacksmiths - is installed near the bridge at the city's side. It's no coincidence that these original symbols of love appeared here. For a long time already, local residents fasten up so called locks of happiness to the bridge and throw the keys in the Dnieper River - in this way the sweethearts believe to link their hearts and destinies forever.

Besides the pedestrian bridge, cableway, offering amazing views over the city, leads to the Monastyrsky Island.

By the way, the island is considered to be an incredibly powerful energetic and informational zone. Some scientists assure that entrances to the parallel worlds open here, and several years ago, the Monastyrsky Island was reckoned in the list of the planet's 22 power spots. In short, the island is a magnetic place for numerous psychics and contact makers, who come here from different corners of Europe.

One of Ukraine's largest monument's to the world-famous Ukrainian -Taras Shevchenko - is also among islands sights. Today different entertainment and relaxation grounds are opened on the Monastyrsky Island's territory. Zoo and amusement park, cafes and restaurants, riding club and beach zone are among them. 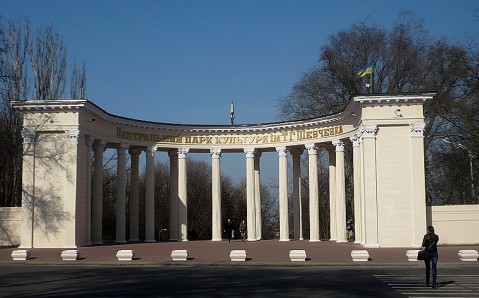