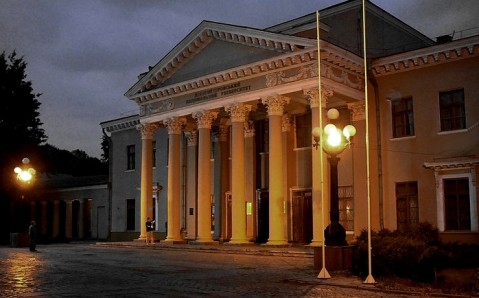 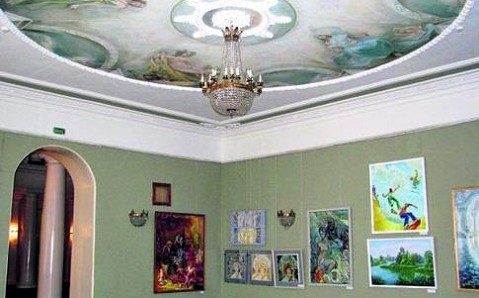 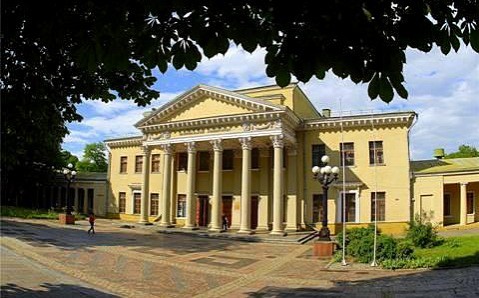 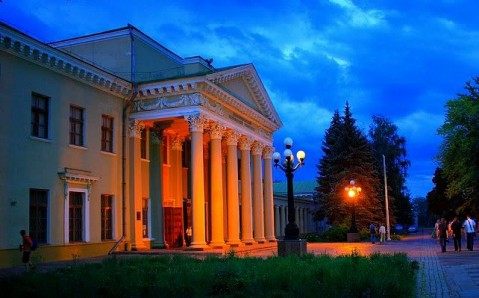 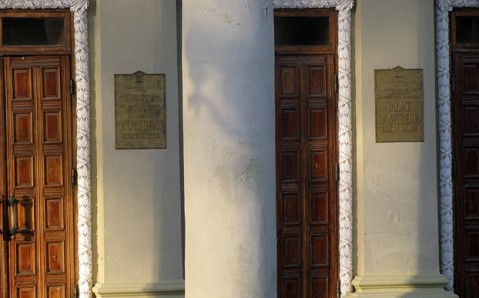 One of the most beautiful city parks hides the Potemkin Palace, the Dnipropetrovsk oldest stone construction, in the shadow of its trees. The building has lost its original appearance, but is still reckoned among the most important historical and architectural city sights. Over its history, the palace underwent numerous destructions, its owners changed dozen times and it was raised from ruin several times.

The Count Grigory Potemkin, who received the privileges of these territories’ governor-general from the Russian Empress Catherine II, built his residency on the lands, which were formerly owned by Zaporizhzhian Cossack captain Lazar Globa, in 1790. Palace’s layout was made by count’s favorite Russian architect, who designed the general plan of town development. According to it, the building had an important composition role in formation of the city center, which was based on the so called radial layout system. The city central part, stretching along the Dnieper River hills, was formed by three streets, whose rays joined on the square in front of the Potemkin residence.

The palace, built in strict classical style, was both simple and majestic. It consisted of three parts: the central two-story part, featuring one large and two smaller halls, and the side wings, which housed rooms for different purposes. Galleries, adorned by open colonnades, linked the side parts to the main one. The landscape park with several greenhouses was laid out around the building.

However, Potemkin was almost never present at the construction site because he was busy in the south, where another Russian-Turkish war was waged. He wasn’t fated to live in his own residence: in 1791, the count suddenly died. Afterwards, the palace fell into decay and started to dilapidate: roof collapsed, splendid parquet was almost completely destroyed, windows and doors perished. The building lay in ruins for almost half of a century, until in 1830, the Russian Imperator Nikolai I presented it to local nobility as a house for their meetings.

The palace was restored, but lost its historical look. Soon, the museum of antiquities was situated there. It housed collections of old coins, medals, ancient and Egyptian artifacts. But during the World War II, the building suffered damages again: the Potemkin Palace was almost completely burned down, and only walls and columns survived. After the war it was refurbished and turned into a Student House. At the same time the palace acquired its modern appearance. Today, scientific conferences, festivals and performances of various art groups are held there.

On par with any old building, the Potemkin Palace is unthinkable without mysterious legends. The most popular one describes a network of mysterious dungeons and labyrinths, constructed under the building. And although historians don’t doubt their existence, no one can tell for what purpose Potemkin underground tunnels were constructed and used.