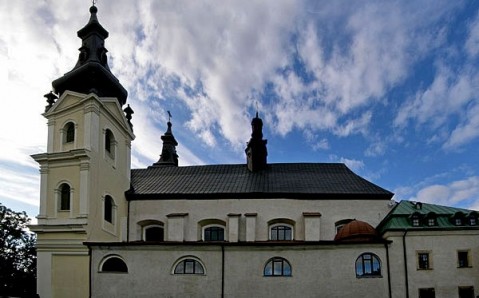 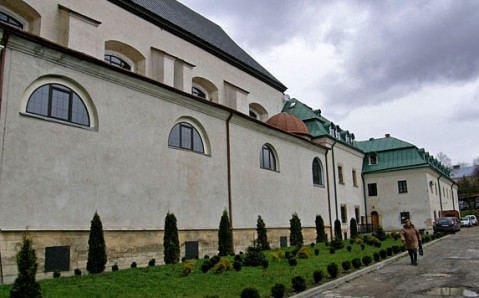 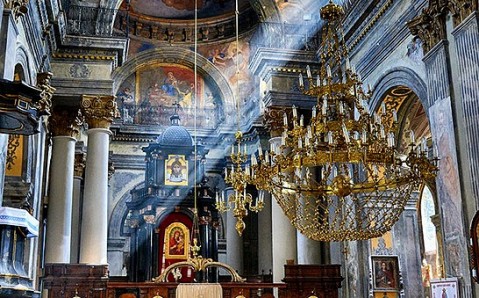 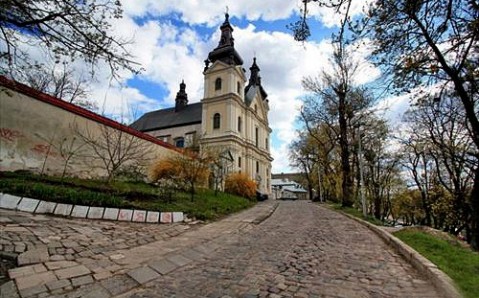 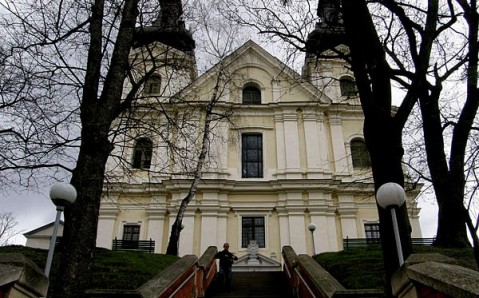 An elegant building of the former Carmelite Church is situated outside the Old Town, in which Lviv’s main architectural gems are located, but is not inferior to them in its beauty and historical value. The imposing cathedral, standing at the foot of the High Castle, draws attention with its refined towers, crowned with pointed spires, and elegant decoration, as well as with breathtaking views of the Lviv historical center that open from the observation area in front of the catholic church. The monumental stone stairs lead there.

Carmelite monks came to Lviv in the 16th century and chose the marshy area in the Krakiv suburb of the medieval city. A hundred years later, they managed to get a plot of land from the city council, which was closer to the city walls and where they planned to build a monastery and to lay out a garden. It is considered that the construction of the Carmelite cloister started in 1634. First, the Catholic Church was raised, and later, monastic cells and courtyard were added to it. The monastery, built outside Lviv’s eastern fortification line and surrounded with powerful defensive walls, was supposed to become a fortress, providing additional protection to the city. However, ironically it turned out the other way around.

After its opening, the Carmelite Church couldn’t attract parishioners because both entrance gates to the city (Krakiv Gate and Galych Gate) were located far from the temple. Displeased monks appealed to the king and after a while he allowed them to make an additional gate in the defensive wall opposite to the monastery. Later this gate was called Bosatskaya Kalitka and became a sort of Achilles heel for Lviv: Carmelite gate wasn’t disposed to fire from the city fortifications and, in addition, monks would frequently leave them open and without guard. In 1704, this fact enabled the Swedish King Karl XII to conquer the monastery and the city without efforts.

The Carmelite Church looked pretty ascetic for a long period of time. It wasn’t until the first third of the 18th century that it was decorated by well-known Italian architect and acquired its modern luxurious baroque interior. His wall and dome paintings, striking with their scope and mastery, and altar pictures, depicting stories from Carmelite Order’s history, survived in the temple until now. One of the church’s many treasures is its main altar from black marble. The famous symmetrical towers that frame temple’s building and make it recognizable appeared much later, in the 19th – early 20th century.

In the Soviet times, the monastery was closed and partially destroyed. Church’s premises were used as a storehouse and monastic cells were turned into a dormitory. When Ukraine became independent, the cloister passed to the Greek Catholics who restored the temple and maintained all original architectural and decorative details. Now it is called the St. Michael Catholic Church.