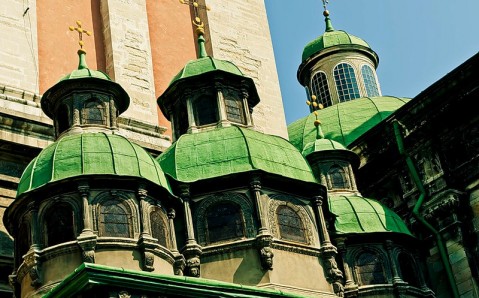 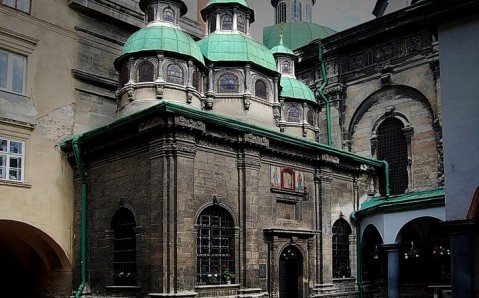 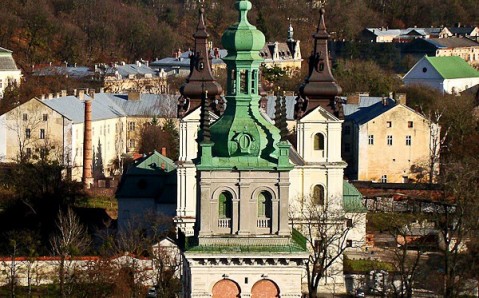 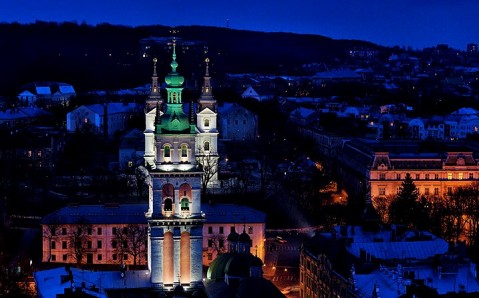 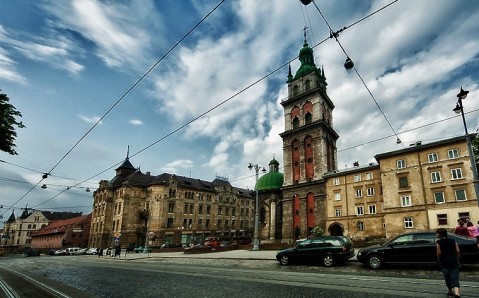 Dormition Cathedral’s original ensemble is one of the most recognizable symbols of the Old Town. It is its silhouette that can be frequently seen on the postcards with city views. It consists of three splendid medieval buildings: the church, the bell tower, known as Kornyakt’s Tower, and the Chapel of Three Prelates. Each of them is a true gem of Lviv Renaissance architecture.

In 1591, temple’s construction started on the place of the former one, which was burned down twenty years earlier. Building process was supervised by the representatives of the Lviv Dormition Brotherhood, the Orthodox organization that, in addition to religious, carried out educational mission: library, school, museum, and typography operated at the brotherhood.

Back then, the Dormition Church was the only Orthodox temple in the city and the main spiritual center for all orthodox Lviv residents. And therefore, special attention was paid to its architecture and design. Crowned with three domes, cathedral’s building harmonically combined the traits of Old Russian architecture and Italian Renaissance. Its interiors still keep unique paintings, dated to the 17th – 18th centuries, original iconostasis and gorgeous stained glass windows that adorned the church in the early 20th century.

Despite its leading role, the Dormition Chathedral wasn’t the first building of the ensemble, though. The bell tower and the Chapel were raised before it. The construction of the slender bell tower, which stands next to the cathedral now, was sponsored by the rich Lviv merchant of Greek origin Constantine Kornyakt, in 1578. By the way, the tower is still nicknamed as Kornyakt’s Tower for this reason. In addition to its basic functions, the 66-meter-high bell tower served as a defensive tower and a fire guards’ watch point. Initially, it had three tiers and was crowned with pyramidal roof. However, in course of restoration after a fire, in the late 17th century, the tower acquired another tier and a new modern roof with four obelisks on the corners.

The bell tower was famous for its huge, two-meter in diameter bell, which was the largest one in Galychyna and one of the largest in Europe. The bell caused regular tensions between Orthodox and parishioners of the Dominican Cathedral, located nearby. The later ones complained to the city council about bell’s huge size and the fact that its too loud sound disturbs sermons in the Catholic Church.

A little later, a small but impressively decorated Chapel of Three Prelates was attached to the bell tower. Chapel’s interior is adorned by wall painting, moulding, dated to the 17th century, and artificial marble. Its original inner finishing makes the Chapel look larger and more spacious.