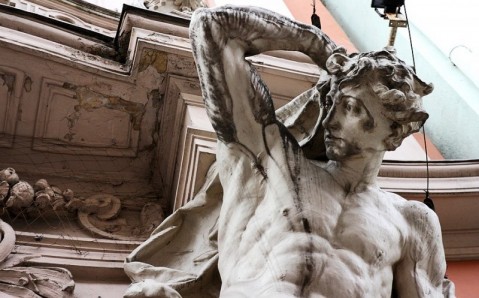 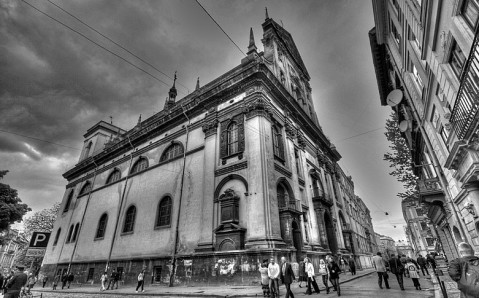 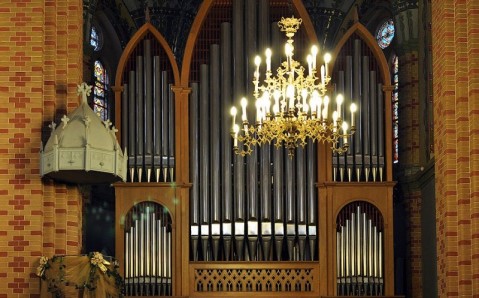 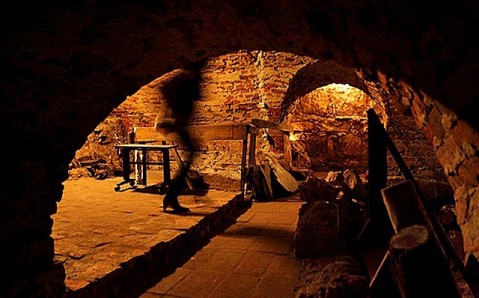 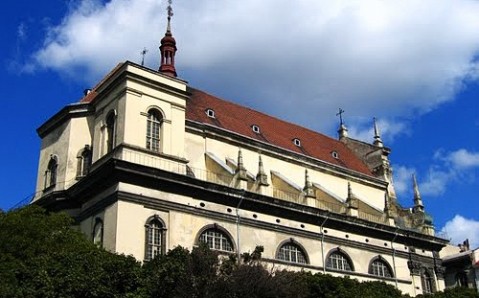 The Jesuit St. Peter and Paul Cathedral majestically standing in the very heart of the historic Lviv is one of the town's largest and most important cultic buildings. Located in the Old Town's longest street - Teatralnaya, it is rightly considered Lviv's most attractive sight.

Jesuits - the representatives of the most influential Catholic monastic Order who were always famous for their education - came to Lviv in the late 16th century and built a small wooden church several years later. However, the modest temple didn't meet the monks' main aim - to strengthen the prestige of the Order and to impress the idea of Catholic Church's power on the local congregation. And therefore, the Jesuit monks decided to build a new grandiose cathedral in Lviv that would strike with its size and grandeur.

Local magistrate, however, was reluctant to allocate land to Jesuits, while it was worth its weight in gold in the then small Lviv. It was not until 1603 - after the interference of the Polish King Sizigmund III who belonged to the Jesuit order himself - that the monks got plot of land for constructing the stone catholic church of St. Peter and Paul.

Having started in 1610, the construction lasted 20 years. There is no historical data about the author of Cathedral's project, we only know that the foundation stone was laid by one of the Jesuit monks, and the construction was supervised by the famous Italian architect Giacomo Briano, who created many Jesuit churches in Poland and Germany.

The Cathedral was one of the first Baroque buildings in Lviv and amazed the citizens not only with its majesty, but also with its impressive size: 41 meters long, 22 meters wide and 26 meters high. The main facade was adorned with niches having statues of Jesuit saints installed in them and with numerous ornamentations. In the year 1701, the tallest tower in the city was adjoined to the church and later, a clock was installed on it. However, due to collapse of the Lviv Town Hall, local authorities ordered to pull down the upper story of the tower and it leveled with the cathedral.

The interior of the Jesuit St. Peter and Paul Cathedral is as amazing as its exterior. Temple's walls are decorated with ancient frescos and bas-reliefs, numerous sculptures and decorative modeling. Cathedral's main treasure, however, is the magnificent Baroque altar created in the middle of the 18th century.

The Jesuit St. Peter and Paul Cathedral is also famous for being the most enigmatic temple in Lviv: this status was ensured by the web of the mysterious dungeons which today can be visited with a guided tour. Their absolutely inimitable atmosphere allows feeling the spirit of the medieval Lviv. One of the most interesting findings made in the church's underground hiding places is the stone sarcophagus dated to the 18th century and intended for the Lviv Bishop Vizhitsky.

But the main highlight of the ancient cellars is the ghost of the Black Monk who, according to legend, wanders about Lviv's underground labyrinths. It is said that in ancient times, a monk was imprisoned in the underground cell for rebellious behavior and arrogance - to atone for his sins by prayer. Somewhat later, a stranger came to visit the rebellious monk. He remained in the dungeon for a long time, and when the monks came down to check what had happened, the cell was already empty. They found only a small piece of paper signed in blood on the floor. It was a contract whereby the monk sold his soul to the devil. His ghost is said to wonder about the dungeons ever since, looking for someone who will help him to break the ill-fated agreement. 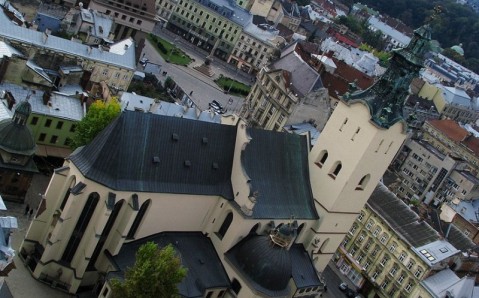 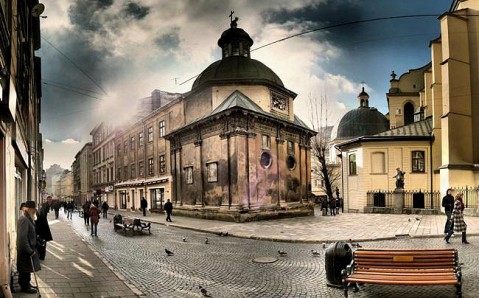