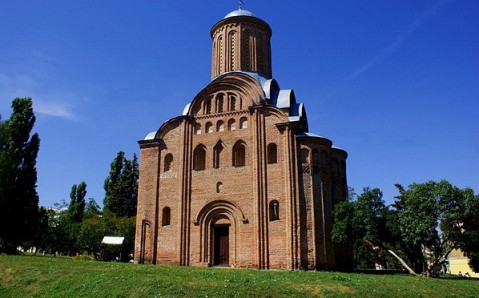 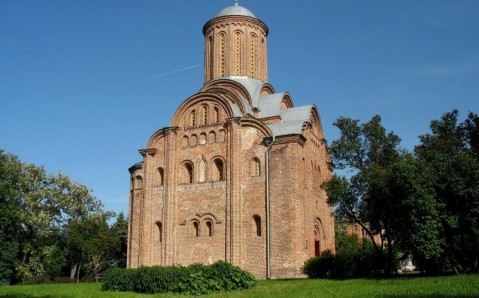 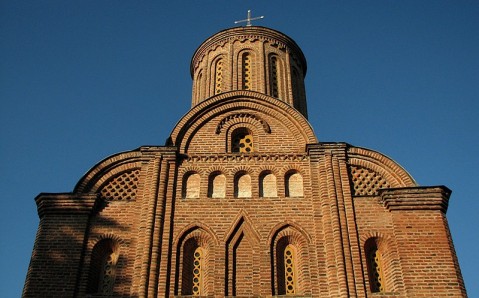 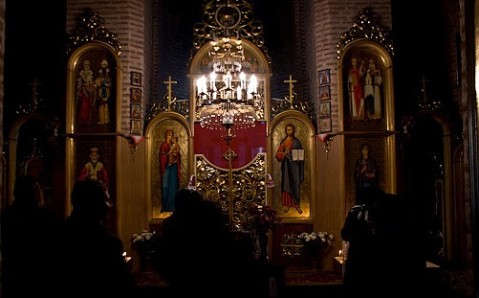 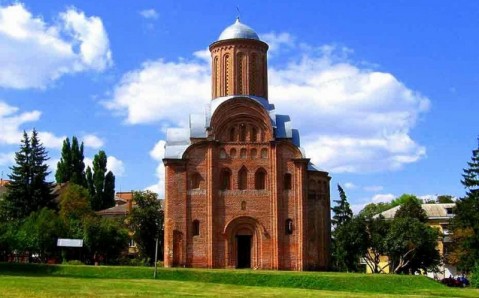 Small, but amazingly beautiful - as if emerged from the depth of the centuries -Pyatnytska Church is called the last creation of the Old Russian architects and is considered to be an embodiment of the Kyivan Rus's architectural development. Situated in the park near town's main square, it is one of the most notable old Chernihiv's cultic buildings.

There are almost no data about temple's origin. Some believe that it was built in the late 12th - early 13th centuries, on the so called Pyatnytskoye field (former marketplace) and named after Saint Paraskeva Pyatnytsia - trade's, agriculture's and family's patron saint. As another legend has it, the church was raised upon a decree of the Novhorod-Siversky's Prince Igor Svyatoslavich - the one, whose campaign against Cumans became a plot for prominent Old Russian literary monument "The Tale of Igor's Campaign."

The old temple's architectural forms were reminiscent of elegant tower, and it had two entrances - one for men and one for women. Building's walls were very thick and powerful, and galleries, leading to loophole-windows used for defence, were built on the second tier.

All this suggests that the Pyatnytska Church was used as sort of fortress. As a legend has it, during Mongols' and Tatars' invasion of Chernihiv, in the 13th century, the town was almost totally destroyed and only the Pyatnytska Church survived. Monks and local residents closed themselves in the well-fortified church and held a courageous defence. However, the invaders still managed to destroy it.

It should be mentioned that this cultic building was repeatedly attacked and destroyed over its history. And right afterwards it was reconstructed again. Due to numerous reconstructions, the Pyatnytska Church has significantly changed its appearance and lost its authenticity.

The temple underwent the first large-scale reconstruction in the late 17th century - it acquired bright Ukrainian Baroque traits and lost original features of the Old Russian style. During that period the Pyatnytska Church was the main building at the namesake monastery, which was liquidated on Empress's Catherine II order, in 1786. The temple continued to prosper, however, and, in the early 20th century, it acquired a status of Chernhiv's most important spiritual and educational center.

At the beginning of the WW II aircraft bomb almost completely destroyed the Pyatnytska Church. It was reconstructed only after twenty years and returned its historical, close to original, look. At the same time, the church lost its unique bell tower, though. Built in the 19th century, that tower had artistic and historical value. But on the other hand, Old Russian fresco painting's fragments survived until now and are among Pyatnytska Church's most valuable treasures. 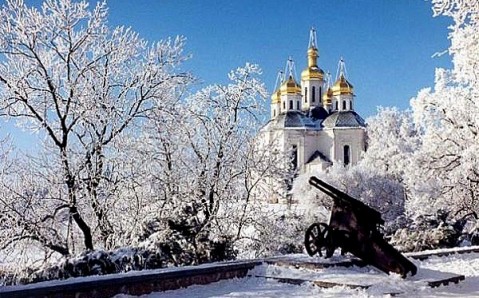