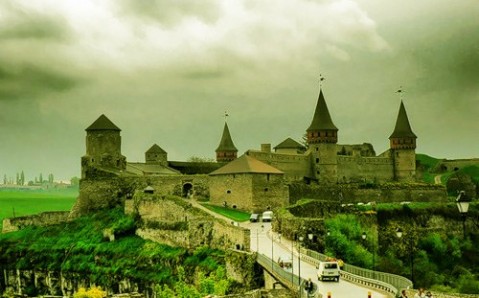 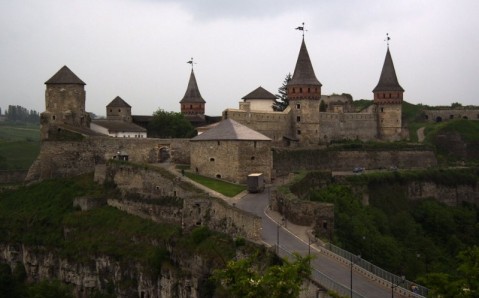 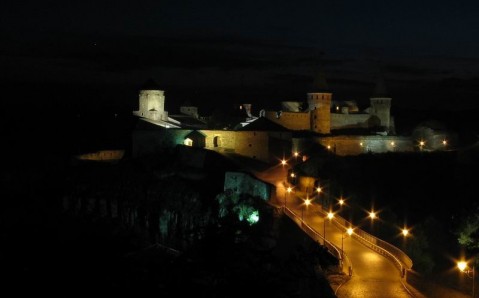 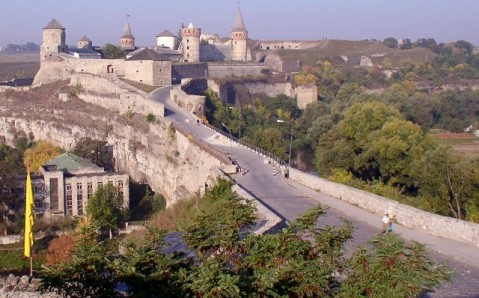 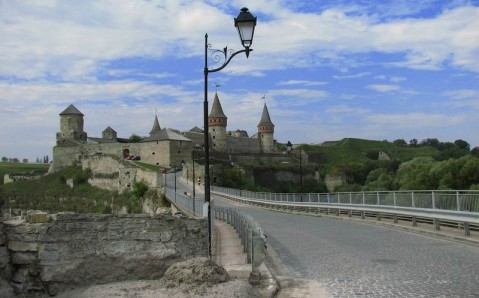 The massive Zamkovy Most that connects the ancient fortress with the Old Town is one of the most unusual sights of Kamianets-Podilskyi. Its salt is that it is the only bridge in the world, built along the stream canal, not across it - like all other existing highway stream crossings. It stands on the narrow isthmus that divides two banks of the river Smotrich.

Moreover, the Zamkovy Most is the oldest bridge in Ukraine. According to one of the versions, it was built by Romans in the 2d century, when they headed to conquer the territory of the Dacian tribes (modern Rumania).The basis for this theory is the claims by some historians that it is Zamkovy Most of Kamianets-Podilskyi that is painted on the Imperator Trajan's pillar, installed in Rome in 113.

Another data states that the bridge was built along with the stone fortress, and its first mentioning dates back in the 15th century. It is known that in that time the bridge, leading to the castle, was wooden and stood on the stone rests. Later it was repeatedly fortified and the turrets were added.

The most large-scale reconstruction, however, the Zamkovy Most underwent during the period of the Turkish rule - in the late 17th century. Ottomans made a chipped stone edging to it, and as a result the bridge now looks like a solid wall of around 90 meters. The changes made by the Turks were so significant that some researches still believe that it were they who built the bridge. Even today people often call it Turkish.

In the 19th century a decision to broaden the bridge floor was made (previously two carriages were hardly able to pass here). The stone parapets and turrets were pulled down and balustered boardwalks were installed in their place. Such reworking resulted in that the bridge became broader, but lost its fabulous medieval look never to return.

Nowadays the Zamkovy Most is predominantly pedestrian. Automobile traffic is restricted here.

164 м. More info
The Cathedral of the Saint Apostles Peter and Pavel