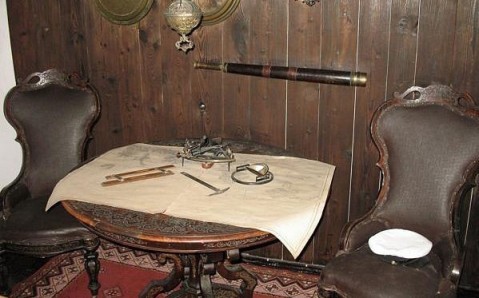 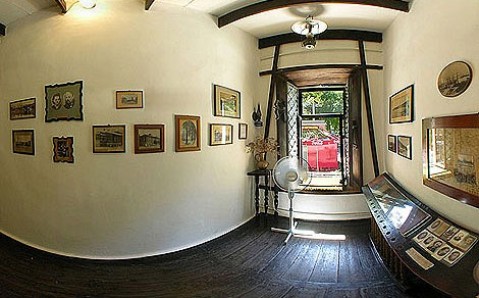 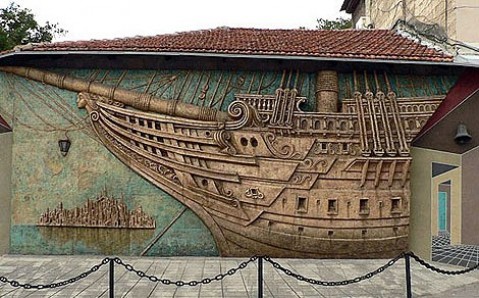 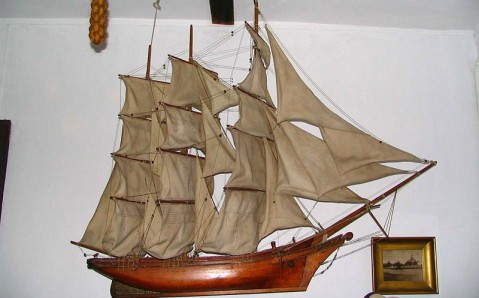 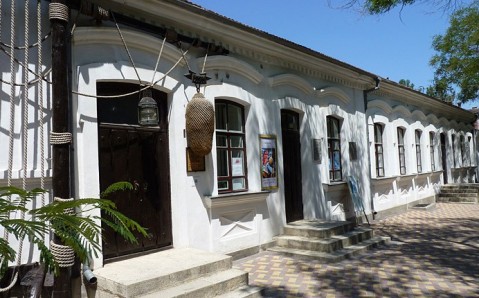 The Literary and Memorial Museum of Alexander Grin – the prominent romanticist writer and great dreamer – is one of the most famous and the most visited museums in Feodosiya. It is situated in the one-storey light house, standing not far from the sea. Alexander Grin spent five years of his life in this house. The writer always called Feodosiya “the city of tender watercolors.” It is there that he created his famous works “She Who Runs on the Waves,” “The Golden Chain,” “The Road to Nowhere,” “Jessie and Morgiana” as well as numerous short stories.

The Museum of Alexander Grin owes its huge popularity among visitors to its original concept, which attracts not only admirers of author’s creative work, but also curious onlookers. It combines memorial building and unusual theme design: the house and its interiors are stylized as an ancient sailing boat with cabins referring to the sea romance, with which almost all Grin’s books are impregnated.

The only memorial room in the museum is Alexander Grin’s study. The interior of author’s lifetime is recreated in every detail there. It is quite simple and modest: covered with green baize table, at which Grin wrote novels that made him famous, stands in the corner, modest collection of Russian and foreign prose is placed on the shelves, reproductions of antique engravings depicting seascapes hang on the walls, a chest for manuscripts, two bentwood chairs, a stiff couch and a lounge chair stand at the wall. Local curiosities include copper porthole, English telescope, barometer and star globe. Another room, called “Cabin of Travel,” is occupied by literary exposition dedicated to writer’s childhood and adolescence.