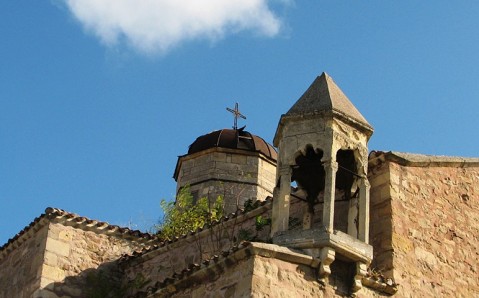 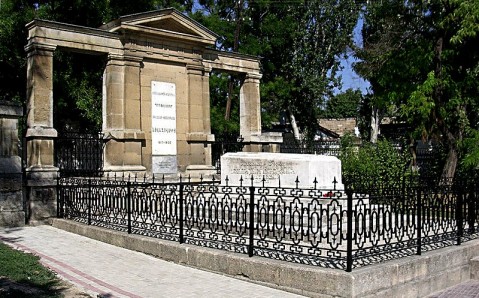 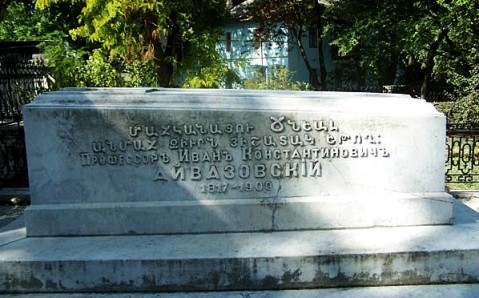 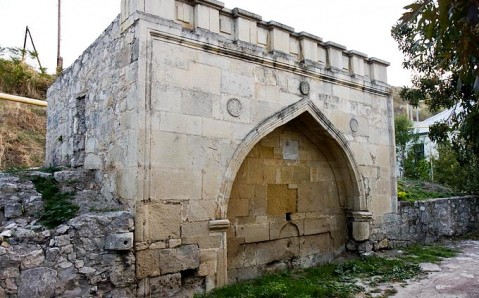 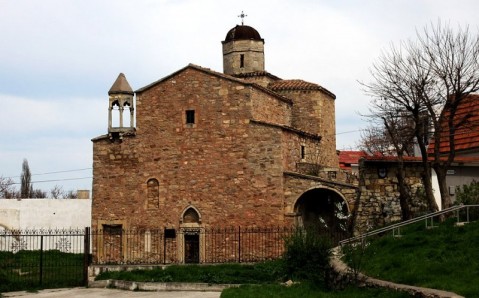 The ancient Armenian Church of the St. Sergiy is among Feodosiya's most interesting architectural monuments. The temple, built in the middle of the 14th century, is one of the few medieval cultic buildings on the Crimea's territory that remained intact until now.

Built according to all Armenian medieval architectural canons, the Church of the St. Sergiy is notable for simple and airy forms. Its main salt is so called khachkars (Greek for "cross-stone") built into walls. Khachkar - an artistic symbol of Armenian people - is a stone flag with carved image of cross.

Khachkars served as sort of borderline sign. They were installed in honor of some historical event, victory over enemy, to perpetuate the names of the fallen, etc. After Armenian custom, khachkars, found in the ruins of ancient buildings, were built into churches' walls. Thus, in the Church of the St. Sergiy's case, the biggest flags were installed in facade's laying, as prayer for those, who donated funds for temple's construction.

There is a portal not far from the Surb Sarkis: in the 19th century it was connected with the church and served as its entrance. Now it stands separately and consists of for powerful pillars connected with lancet arches. An unusual belfry, built in the 15th century, also attracts attention. It is carried out in form of arbor- tabernacle and is decorated with intricate ornate lettering.

In the year 1888, the temple was severely damaged by fire and underwent a considerable reconstruction, which was carried out on funds of the famous native Feodosiyan and Armenian by birth painter Ivan Aivazovsky. A lot of events in prominent marine painter's life were connected with this temple: he was baptized and married here, and a requiem service over him was also performed here. Aivazvsky's grave with white marble headstone sarcophagus by Italian sculptor is in the Church of the St. Sergiy's yard. An inscription in Armenian is engraved on it: "Born as mortal, he left an immortal memory."

The painter made several icons for the temple. Today they may be seen in the Aivazovsky National Art Gallery. 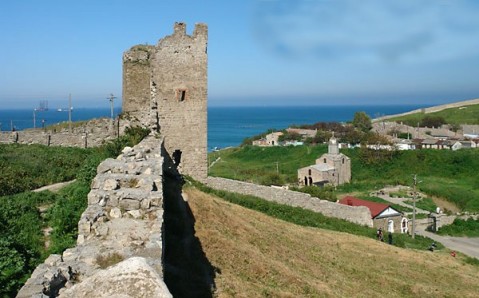