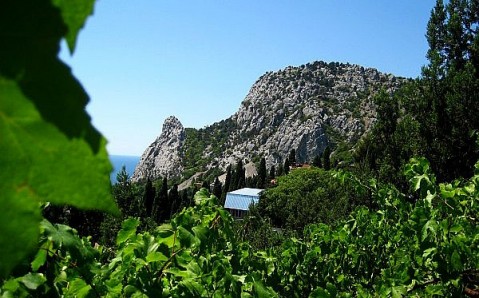 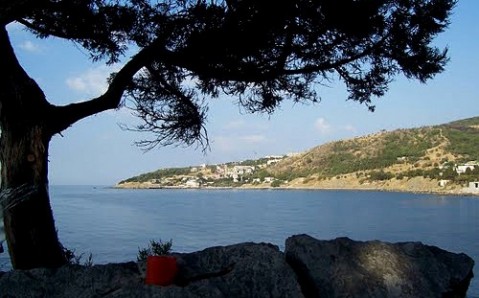 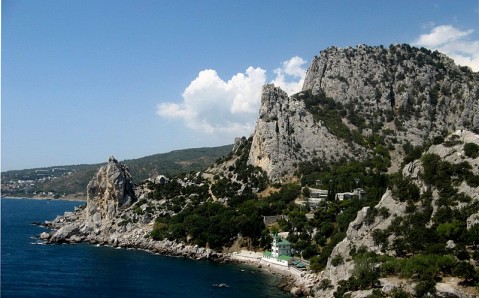 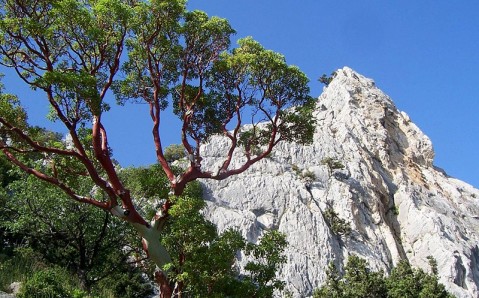 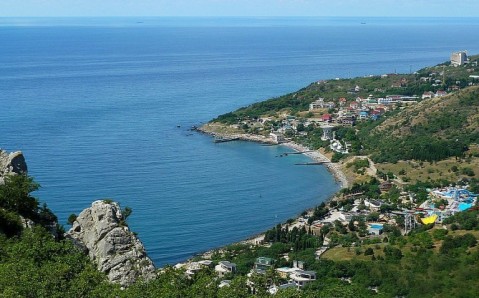 The picturesque Mount Koshka towers above the resort settlement Simeiz, 15 kilometers away from Yalta. It is reckoned among the most beautiful landscape monuments on the Southern Coast of Crimea. ‘Koshka’ is a Russian word for ‘cat’ and mountain’s silhouette is indeed reminiscent of an elegant cat that bends before a jump. But in fact, its current name is nothing but reconsidered in Russian way variant of Crimean Tatar word ‘Kosh-Kaya,’ meaning ‘double rock’ or, according to another version, ‘falcon rock.’

The limestone 254-meter-high rock acquired its modern look quite recently, by geological standards: about a million years ago. It broke away from the main ridge of the Crimean Mountains and gradually moved to the sea.

The Mount Koshka is recognized as a unique historical and archeological monument. A long time ago, Tauri lived on its slopes. Now, the remnants of their settlement can be found there: ruins of houses, foundations of ancient temples and a large necropolis consisting of hundreds of typical Tauri tombs – dolmens. Round burial holes of stone with plenty of household items and decorations inside them are dated to the 6th-2d centuries B.C. In the Middle Ages, Mount Koshka’s slopes were occupied by the fortress Limen-Isar, whose fragments, in particular the ruins of defensive walls, have survived to the present day. Remains of white lime mortar, which was used to strengthen fortifications’ masonry, can be seen near the ancient ruins.

Mount’s body is decorated with very interesting stone mess and picturesque karstic formations. It features impressive pointed rock peaks and steeps. Its slopes are covered with green blanket of relict trees, listed in the Red Book. Amazingly beautiful tree that can be found only on the Southern Coast of Crimea – evergreen madrono, popularly known as ‘hussy’ – is among them. A range of fantastic rocks frames the Mount Koshka from the sea side.

Getting here. Take a shuttle bus number 36 from Simeiz to the observation area, arranged at the foot of the mountain. Then, ascend the mountain afoot along equipped trail. 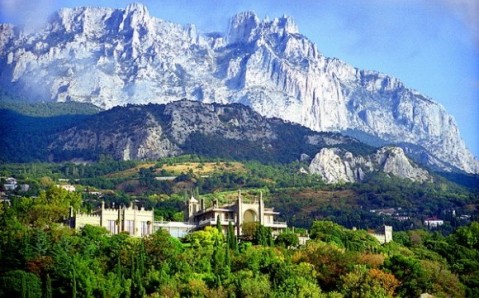