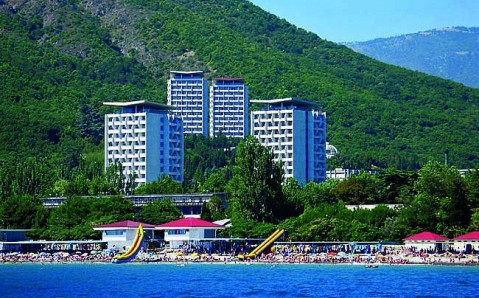 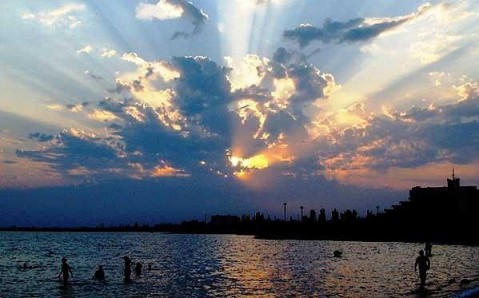 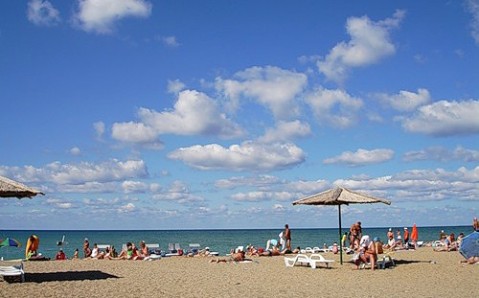 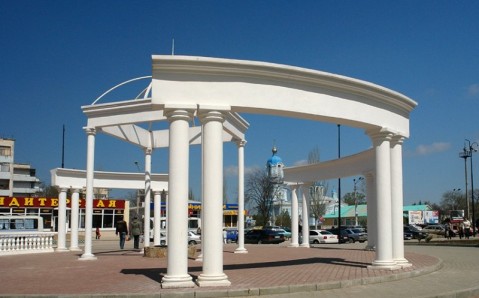 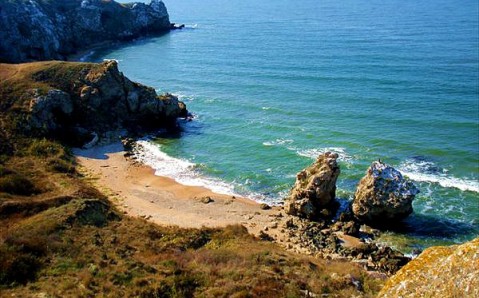 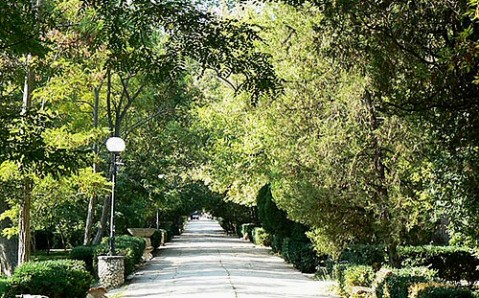 Situated on Crimea's western coast, the seaside town Saky is widely known as Ukraine's balneotherapeutic health resort. Favorable climate, air, saturated with steppe aromas and sea salts, miraculous curing muds and mineral springs, the cleanest Black Sea and velvet sandy beaches - all these priceless natural riches made Saky to one of the most attractive directions for those, who strive to combine quality recreation at the sea and an opportunity to improve one's health.

Resort's main treasure is the salty Saksky Lake, where nature makes curative means - highly-mineralized curing muds and brine (saturated salt solution) that have unique therapeutic effect on human organism - as if in some huge laboratory. The town owes its creation and wide popularity to these means. In 1827, Russian Empire's first mud cure clinic was founded in Saky, and since then, balneotherapeutic health resort's fame constantly grew and got stronger, attracting new and new people willing to try miraculous effect of Saksky Lake's curing muds.

Local muds' curative properties were known since ancient times. And since then, people started making up legends about this natural miracle. According to one of them, tchoomak (Ukrainian ox-cart driver) came here for salt (common salt was mined in Saksky Lake since early times, and famous Tchoomak's Route - the route along which tchoomak's brought salt from Crimea's Black Sea coast to different towns of Ukraine - began from here). His oxen got stuck in lake's mud, and tchoomak spent the whole night shifting his sick feet in mud and trying to get his loaded cart out. Back home he felt himself absolutely healthy and realized that pain, which had been troubling him for years, disappeared.

However, in Saksky Lake's case legends are virtually the same as reality: it was proven long ago that Lake's muds have miraculous effects. They can improve metabolic processes, viscerogenic blood circulation and cardiovascular system's function, have antiinflammatory and anesthetic effects, restore hormonal background and help egesting radionuclides, and have many other curing properties.

Besides Saksky Lake's muds, the resort is famous for its mineral waters. Alkalescent water 'Crimean Mineral' is of special value. It helps treating gastritis, peptic ulcer and other digestive apparatus conditions. People drink it and use it for baths, shower and swimming pools.

And, of course, Saky features many kilometers of convenient and well-equipped sandy beaches and the Black Sea, which is considered to be the cleanest and the warmest here. Today, many modern sanatoriums, health camps for children, pensions and recreation centers function in the resort area. They constitute resort's basis.

Saky's main attraction is luxurious Resort Park, founded in the late 19th century. It numbers over 80 species of trees and bushes, including exotic. Riot of verdure is diluted by several dozens of sculptural compositions. Resort Park's gem is Saksky Museum of Local Lore, telling about resort's development history. Among other exhibits, the Museum shows an interesting collection of Western Crimea's flora and fauna.

One more remarkable tourist site is Greek and Scythian ancient settlement Kara-Tobe and the Museum of Northwest Crimea's Antiquities, located on its territory. Thus, besides lavish natural riches, Saky can brag with its interesting historical and archeological monuments.