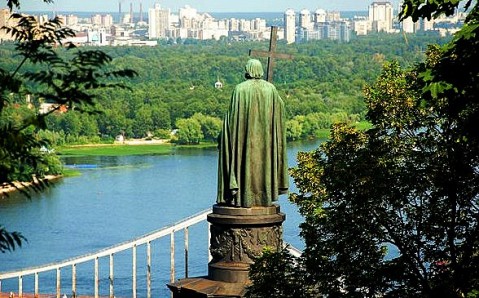 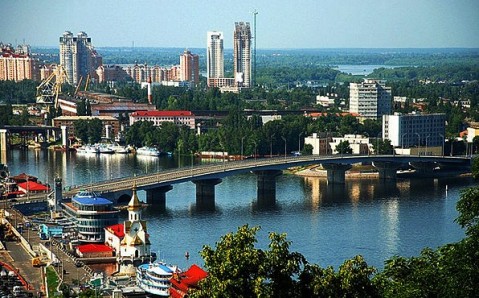 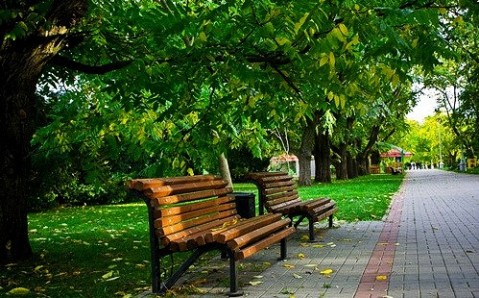 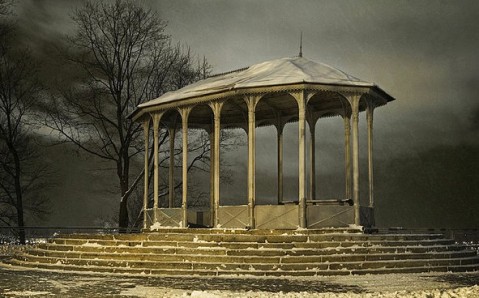 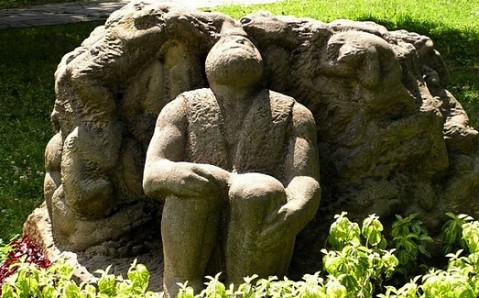 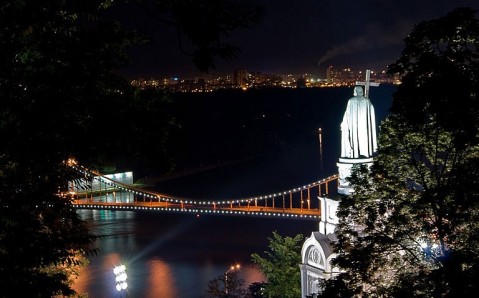 The park Vladimirskaya Gorka that stretches over the slopes of the ancient hill in Kyiv's very center is not only another item on the list of capital's popular sights, but also truly special place on the city map. This amazing park, rightly recognized as the gem of the landscape art, has become the favorite place for strolls and recreation of Kyiv residents and its numerous guests long ago. The reason is that its picturesque terraces command probably the most breathtaking views of the legendary Podol and the Dnieper River's left bank.

Besides its majestic beauty, the Vladimirskaya Gorka is notable for special magnetism and incredibly strong energetics. Astrologers call this place the peculiar cosmic energy well, and artists and writers - the Mecca of artistic inspiration.

The mount, where the park is laid, was called Michael's Mount in ancient times. This name was derived from the St. Michael's Golden-Domed Monastery built on its top in 1108. And only in the middle of the 19th century, after opening the majestic monument to the Saint Prince Vladimir who baptized Kyivan Rus, the mount was renamed into Vladimirskaya. As far as it was the first sculptural monument in Kyiv, the best architects from the Russian Empire were involved in its creation. The monument depicts the Saint Prince's statue with the cross in the right hand and the princely hat in the left one that is installed on the brick pedestal decorated with high reliefs. Now the twenty-meter-high monument is recognized as one of the unofficial symbols of Kyiv and is often depicted on the postcards with city views.

At the same time Vladimirskaya Gorka's (Gorka is Russian for Mount) development and layout started and the namesake park was laid out. Two terraces were designed: the upper one was located on the St. Michael's Monastery's level, and the lower was the path enveloping the foot of the mountain from Khreschatyk to Podol. The park was arranged as Swiss mountains: with numerous alleys, brick reservoirs and descents linking all platforms and terraces together.

Very soon, it became very popular among Kyiv locals. Firstly, because of its central location and splendid views opening from its terraces, and secondly, because it was the first free park in Kyiv opened for everyone. All other city parks were closed and had paid admission, therefore only local aristocrats walked there.

Park's compositional center is the monument to the Prince Vladimir. By the way, the cross in prince's hand was equipped with electric lighting in 1890, which in those times seemed like a miracle to the locals. Even the famous writer Mikhail Bulgakov described how the cross shone in Vladimir's hands every night, being a beacon for boats floating down the Dnieper, in his novel "The White Guard."

Another interesting construction on Vladimirskaya Gorka's territory is the openwork arbour that appeared here thanks to the Moscow merchant and patron Vasily Kokorev. In 1863, amazed with Kyivan sceneries, he granted 1000 rubles to the city authorities for construction of an arbour in the park. The money was put in a bank and... forgotten for 33 years. When it was remembered again, it turned out that the interest had quadrupled the sum. As a result, two arbours were built: one on the Vladimirskaya Gorka and the other in the park near the St. Andrew's Church.

In the early 20th century, the famous Kyiv funicular that has not only become a convenient transportation mean linking Podol and the Upper Town, but has also acquired the status of the city sight was laid along the park's slopes.

Today the Vladimirskaya Gorka is one of the most beautiful and visited parks in Kyiv. In any season, locals and tourists stroll along the cozy alleys and admire luxurious panoramas from the park's observation ground.

Getting here. There are two options: to ascend the upper terrace on the funicular from the subway station Poshtova Ploshcha, or to enter the park's territory from the European Square's side. 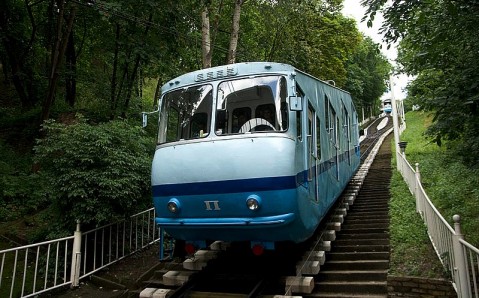 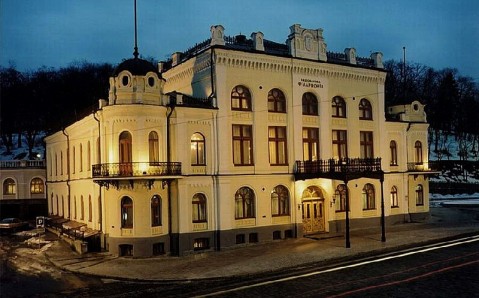 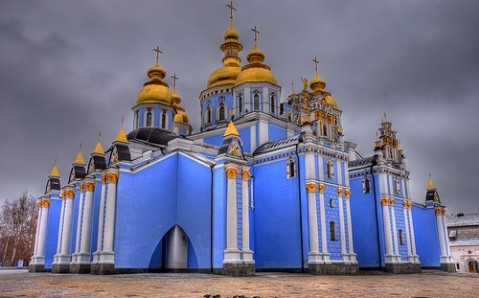