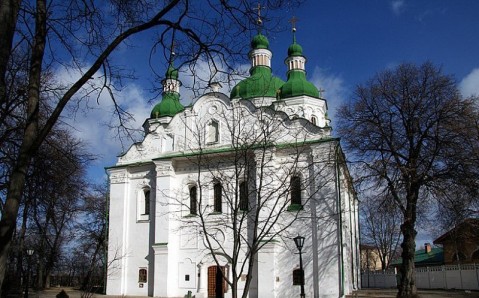 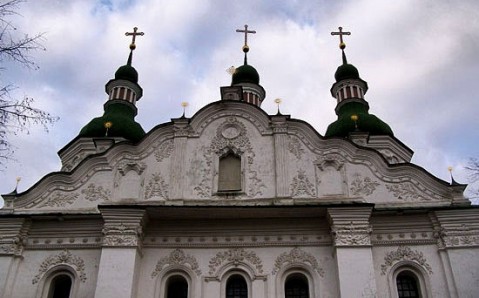 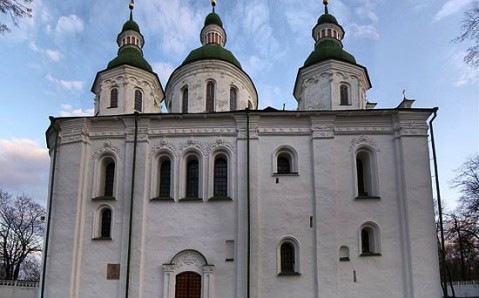 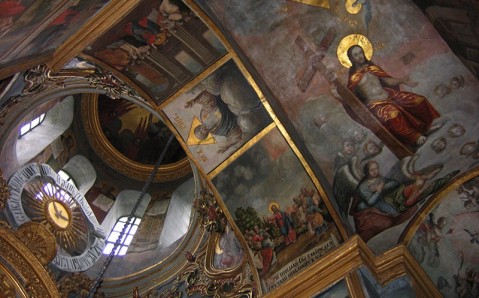 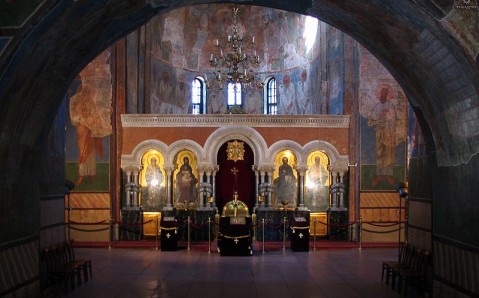 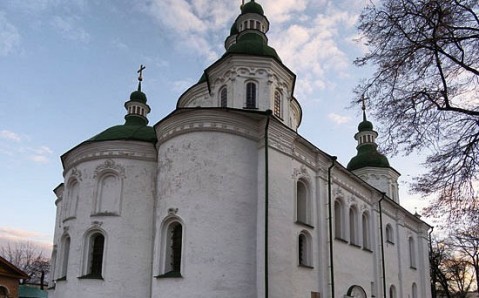 Standing on the high hill outside the historical center of Kyiv, the St. Cyril's Church is reckoned among the most valuable historical and architectural monuments of Ukraine on par with the legendary Saint Sophia Cathedral and has the status of museum. It is one of the oldest temples that have survived since the Kyivan Rus times in nearly primeval state. The value of the St. Cyril's Church is in its authentic architecture and unique works of Old Russian monumental painting that adorn its interior.

The St. Cyril's Church was built in the 12th century as the main temple of the namesake monastery and served as the family burial vault for the Old Russian Princes Olgovichi. Built in the far outskirts of the ancient Kyiv, it had not only sacral, but also defensive function. There was a constant fight for the Kyivan throne at that time. The Chernihiv Prince Vsevolod, who had taken over the city by force, was afraid of the other princes' claims and, therefore, decided to fortify city outskirts and built the church-fortress here. Its walls were almost two-meter-thick and its windows on the second floor served as loopholes.

The strong walls and the remoteness from the then city center helped the St. Cyril's Church to survive during the destructive Mongolian Tatar invasion of 1240. The following centuries were also hard on the temple, nevertheless, it was never destroyed, just underwent several reconstructions. They resulted in adding to the St. Cyril's Church's Old Russian architecture some Ukrainian baroque traits in the 17th century.

The main treasure of the ancient temple, however, is the unique frescos that survived almost completely since the 12th century. Their exclusive value is in the unique subjects. Any other ancient sacral monument of the monumental painting in the world doesn't depict such stories! In addition, the St. Cyril's Church's walls are decorated with oil paintings created by the prominent Russian painter Milkhail Vrubel in the late 19th century. The prominent artist has also painted several perfectly unique images for the iconostasis of the Kyivan Cathedral. One of the major peculiarities of the St. Cyril's Church's artistic decoration is that different cultures and painting schools interweave in it.

In the first third of the 20th century, when the Soviet authorities were closing and pulling down all temples, the St. Cyril's Church managed to escape this fate, mostly due to the fact that it was proclaimed a museum. Today it is the division of the National Historical and Architectural Reserve Sophia of Kyiv. At the same time divine services are held here too.

It is better to visit the St. Cyril's Church with a guide who will tell about temple's destiny and the history of its amazing frescos. 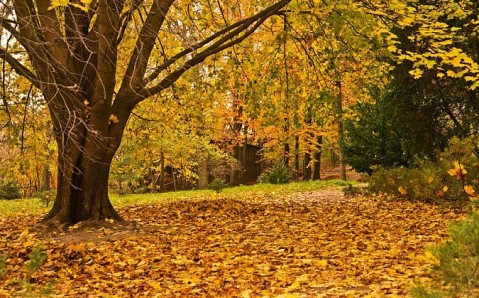