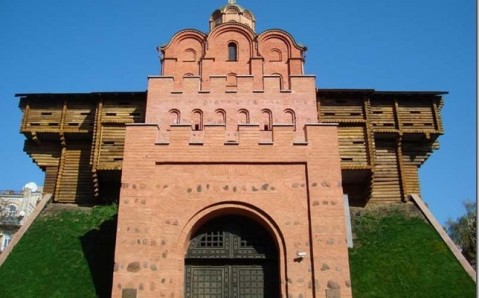 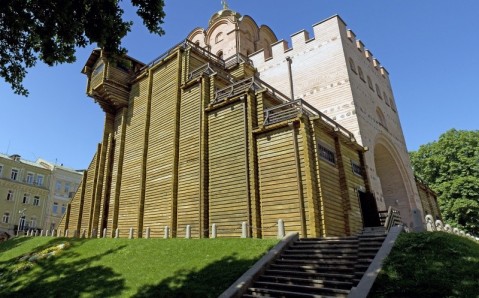 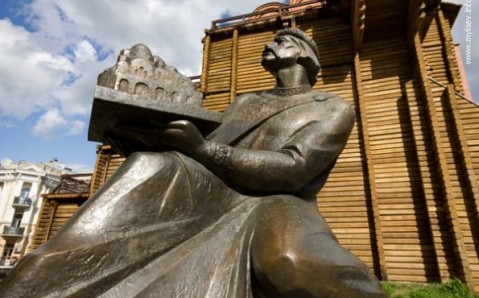 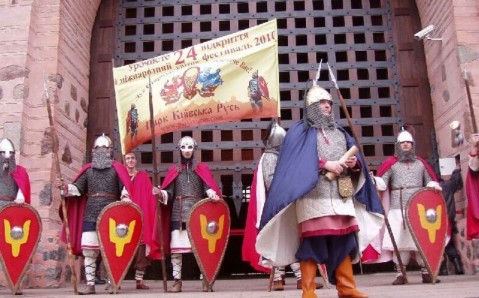 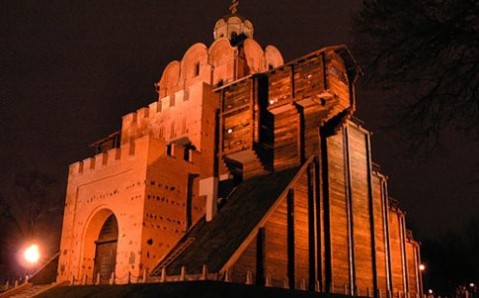 The Golden Gates are a unique monument of Old Russian defensive constructions, one of few that remain today. This amazing construction still amazes with its magnitude and grandeur; for good reason, it is included on the list of UNESCO World Heritage Sites.

The Golden Gates appeared in the 11th century, during Yaroslav the Wise’s reign. They were a part of a powerful defensive complex, surrounding the ancient town. It was an almost 10-meter (33 feet) high stone fortress tower with a wide opening, used as the main gate to the town. However, the function of the Golden Gates was not only defensive. They also served as Kyiv’s welcome center: foreign ambassadors and princes were received here, and victorious armies passed under the gate’s arches. Because of this, the Kyiv’s main gate was often compared to the triumphal Golden Gates in Constantinople; in fact, one story claims that that is how they got their name.

Intending to celebrate Christianity, widespread in Kyivan Rus, Yaroslav the Wise ordered to build a small Church of Annunciation on top of the gate. The prince wanted everyone who entered Kyiv to see the strength of its faith. Soon, the golden dome of the Gate Church began to sparkle over the entrance. Some believe that this is the reason why the gates are called ‘Golden.’

In 1240, with the Mongolian Tatars’ invasion, the Golden Gates were severely damaged. Despite this, however, they remained Kyiv’s main entrance until the 17th century. Two centuries later, the gates begun to decay and collapse. In 1982, on Kyiv’s 1500th anniversary, the Golden Gates were completely reconstructed. However, their modern look differs from the original one.

Today a museum devoted to the history of this unique Old Russian monument occupies the three-story interior. The main element of the exhibition is the remaining wall of the ancient gates, preserved until our time without changes. From here, you can climb the stairs to the Church of Annunciation and enjoy the amazing views of the city. 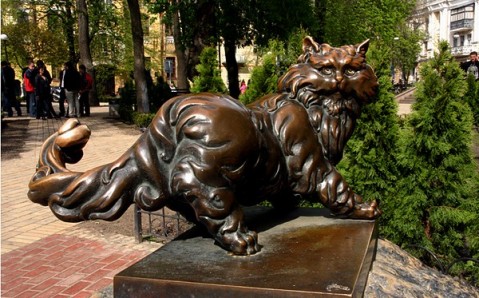