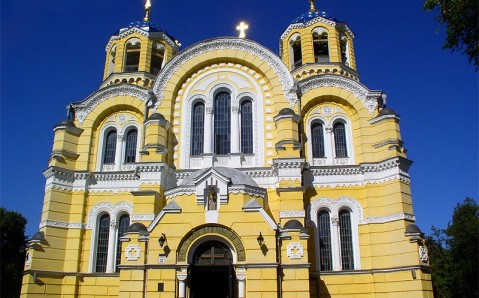 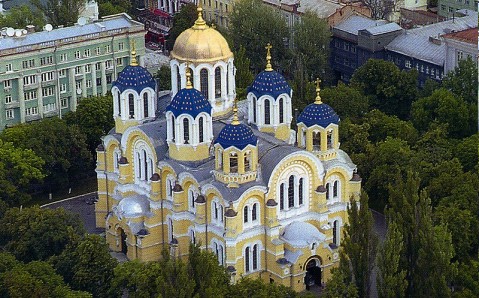 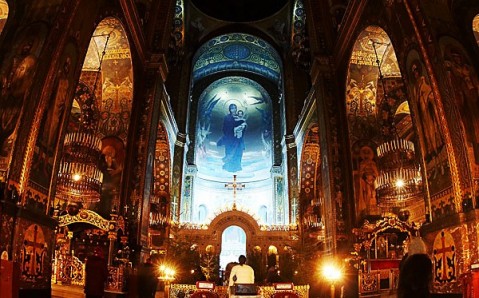 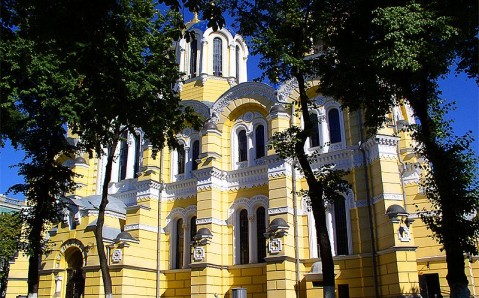 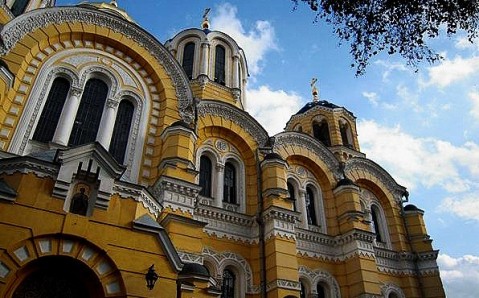 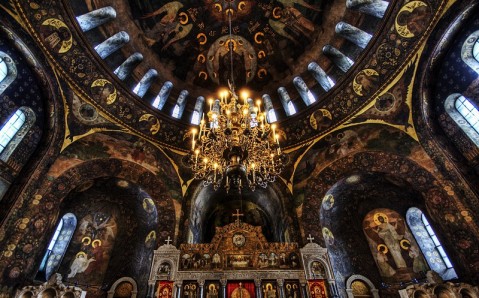 The monumental St. Vladimir Cathedral that stands opposite to the capital's Botanical Garden is reckoned among the most beautiful temples in Kyiv. Built by the best architects and painted by the prominent artists of their time, it is rightly considered the true work of art having high artistic value. It is not only Ukraine's capital's token cultic building, but one of its most fascinating architectural sights.

The idea to build a cathedral in honor of the great Prince Vladimir, who in the late 10th century baptized Kyivan Rus, appeared in 1852. At the same time it was decided to raise the temple on charitable donations, and a piece of land was allocated next to the capital's university. According to the draft, approved by the Russian Emperor Alexander II, the cathedral was supposed to be built in the then popular Neo-Byzantine style, and crowned with thirteen golden domes. However, due to lack of funding the project was changed: as a result, the temple became smaller, and the number of domes was reduced to seven.

Another ten years were spent on inner decoration of the temple. According to creators' idea, its luxurious interior was supposed to conform to the spirit and canons of cathedrals from Prince Vladimir the Great times and is still considered St. Vladimir Cathedral's main treasure. And there is no wonder in that, while it was decorated by prominent artists! Magnificent paintings, which ensured the status of significant cultural monument for Kyiv temple, were painted by renowned Russian artists - Mikhail Vrubel, Mikhail Nesterov and Viktor Vasnetsov. The latter made dozens of compositions and separate figures, devoted not only to the biblical story, but also to the key historical events, for the St. Vladimir Cathedral. In addition, skilled craftsmen from Venice participated in making its unique mosaics.

One of the temple's most remarkable adornments is its amazing iconostasis made of gray Carrara marble. The same exquisite material was used to make the St. Vladimir Cathedral's mosaic table. For its interior's unimaginable beauty, the contemporaries nicknamed the Kyiv temple as the first inspired masterpiece of the Russian religious art.

In the first third of the 20th century the St. Vladimir Cathedral was closed and turned into the Museum of the Antireligious Propaganda, and later, the archive funds of the Academy of Sciences were located here. Ironically, the temple was revived during German occupation and since then it remains functioning one. Today the St. Vladimir Cathedral gladdens not only Orthodox believers, but also numerous tourists, who come to admire its fascinating architectural forms and unique paintings.