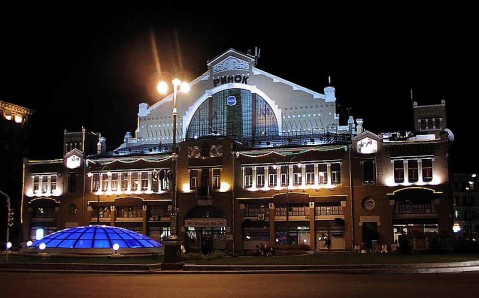 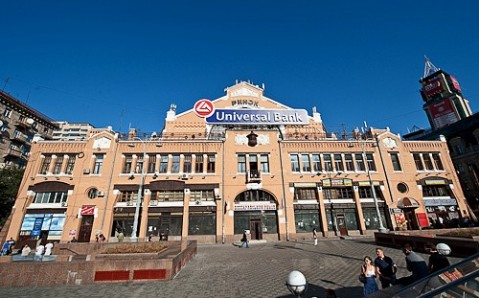 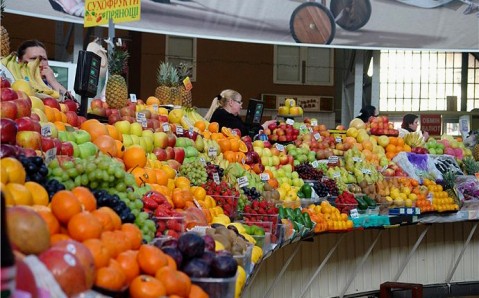 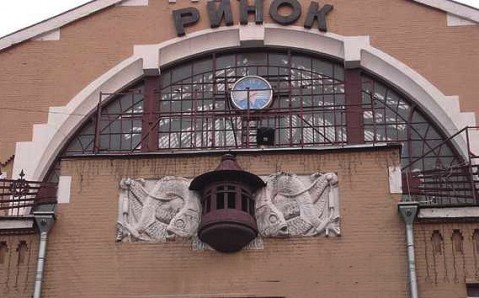 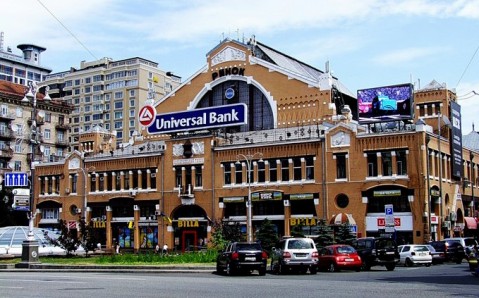 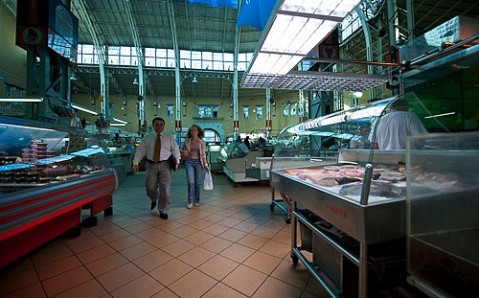 The Bessarabian Market, or just Bessarabka, as it is usually referred to by Kyiv residents, is the central and the most famous covered market of Ukraine's capital that is reckoned among the oldest in the country. Its unusual building in Ukrainian art nouveau style was built 100 years ago on the square adjoined to the Kyiv main street and is still one of the capital's most interesting constructions.

In the second half of the 19th century, the land, where the market stands today, was unsightly city outskirts. But soon, the square was founded and numerous merchants from all over the world started to come here. In the early 20th century, the adjoined to the square streets, particularly Khreshchatyk, were rapidly lined up with buildings obtaining European elegant look, and the vicinity of the absurd chaotic marketplace seemed more and more inappropriate. One of the prominent Kyiv residents of that time called the Bessarabian Market 'a purulent blister on the tip of beautiful classic nose.' It was then that the city authorities decided to create a civilized covered market on this place. However, due to lack of money (construction demanded a fantastic sum for those times), idea's implementation was postponed.

The idea was brought up again in the early 20th century, when the prominent Kyiv sugar manufacturer, philanthropist and benefactor Lazar Brodsky passed away and bequeathed as many as half a million rubles to the city for the market construction. Inspired by impressive sum, Kyiv municipality decided not to limit construction to the market and developed the project that included food market, flower market, and even city public library. But, fortunately, in the upshot the plan was rejected and all energies were directed at the construction of comfortable covered market.

The market building was designed by the prominent architect Heinrich Guy. He developed a construction that included 31 outdoor shops, restaurant and large market hall. The project was implemented using the latest (for that time) technologies and finished in 1912, when the Bessarabian Market was flooded by the first sellers and buyers.

It was an amazing building, the embodiment of unique engineering solutions. It was a spectacular structure, whose walls were built of brick, and the overlap with glazed roof rested on the metal arched frame. The facade was decorated with concrete bas-reliefs on the 'market' theme, and the openwork forged gates were adorned with sculptural bull heads, fish and flying geese. The building was faced with ceramic tiles from inside. Another remarkable feature of the Bessarabian Market is the huge windows and skylights in the main hall.

Two towers were adjoined on the building's both sides. The water tank was placed in one of them and the compressor for the market's technical needs was put in the other. In addition, the Bessarabian Market was the first one in Kyiv to be equipped with the underground cold store, brought specially from Tallinn. Not only traders had access to it, but also mere citizens, who wanted to store their goods here. Another important fact is that, at that time, the Bessarabian Market was one of the few buildings in the capital, where functionality wasn't sacrificed for esthetics and embellishment.

There are still debates regarding the markets name. Some believe that it owes its name to the merchants from Bessarabia, who often brought their goods here in 19th - early 20th century. Others derive its name from the 'bessarabs' (old name for homeless children), who used to pilfer in this district.

Despite its tough fortune, the Bessarabian Market's building managed to preserve its unique traits until now. And recently the construction and adjoined territory were thoroughly reconstructed. Therefore, today, the same as a hundred years ago, Bessarabka remains one of the most popular marketplaces in Ukraine's capital. And the most expensive, at that: only wealthy townspeople can afford buying food here. However, the Bessarabian Market is worth visiting rather for admiring its interesting architecture than for purchases. 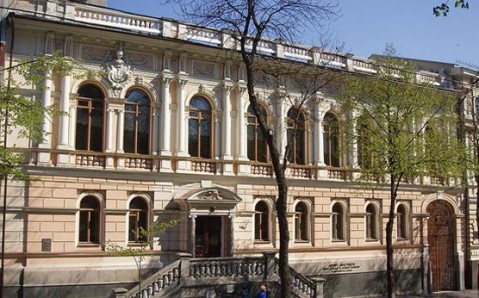