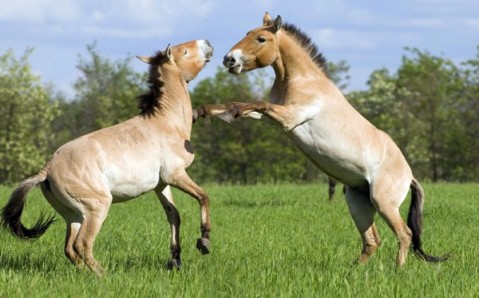 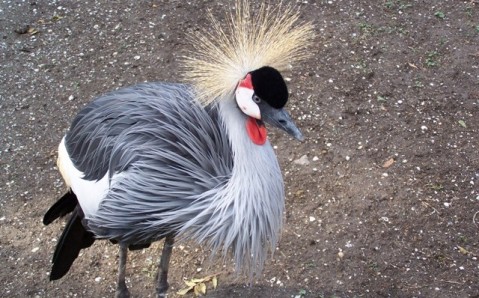 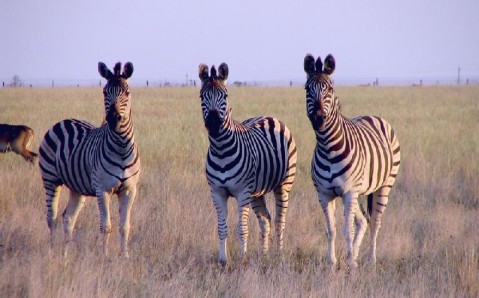 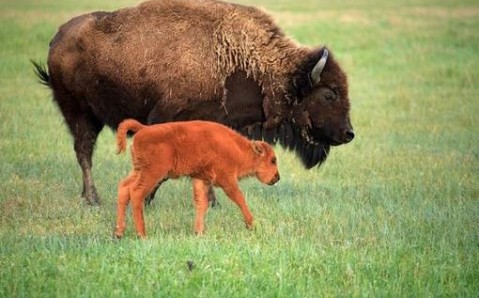 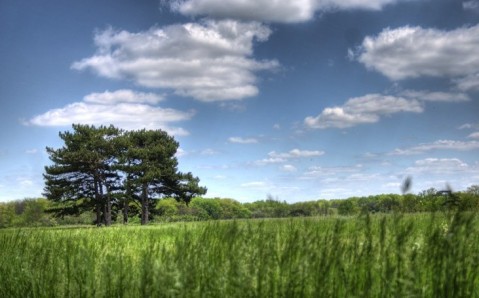 A lover of nature, baron Friedrich Falz-Fein, established this wildlife preserve at the end of 19th century. He gave up his lands in order to save the unique steppe and its inhabitants. Later, having traveled to zoos and botanical gardens all over the world, the environmentalist began to bring to ‘Askania-Nova’ exotic animals, birds, and plants that seemed unfit to live on a steppe. But some animal species not only adapted to their new habitat, but even began to flourish. Just two years later, almost two thousand species of mammals were living on the reserve.

In 1914, emperor Nicholas II visited these lands. Later, impressed by what he saw, he wrote to his mother: ‘All year ‘round different deer, goats, antelopes, gnus, kangaroos, and ostriches live together under the open sky. It is an amazing sight, a scene from the Bible when all animals left Noah’s ark.’

After the end of the Civil War, during which Cossacks and soldiers saved ‘Askania-Nova’ from destruction, Friedrich Falz-Fein thought of nationalizing the wildlife preserve. So, in 1921, the preserve turned from a private to a state-owned one.

Nowadays, ‘Askania-Nova’ is a real outdoor museum and the gem of the Tavrian steppes. On its territory, which takes up 11,000 hectares, stands a unique arboretum. There, you can find many kinds of trees, numerous ornamental plants from all corners of the world, and over 500 species of plants, many of which are endangered. In the reserve’s zoo live 450 species of exotic animals and birds. By the way, six species are extinct in their homelands and remain only in Askania.

The zoo’s unique collection includes of Indian and African antelopes, zebras, Scottish ponies, wild Przewalski's horses, saigas, and many more. The variety of birds in ‘Askania-Nova’ is impressive as well: these are white and black swans, cranes, flamingos, bustards, emus, parrots, and many other rare species.

On top of that, you will see many ancient burial mounds, from which one can get a breathtaking view of the steppe, and ancient stone figures, created either by Scythians or by Polovtsians, during your visit.

The best way to enjoy picturesque landscapes of the wildlife preserve and its unique inhabitants is to go on a safari by car or horseback. A horseback safari costs 400 grivnas for a group of four people. Larger groups are offered a trip in a minivan. If you are planning to visit ‘Askania-Nova’ in the summer, you should keep in mind that at this time, the preserve often restricts the number of visitors or even cancels the safari, because of high risk of fires.

You should book safari three days before the tour and confirm your reservation one day before preserve’s office. It is located on ul. Lenina, 16; tel. 6-12-86, 6-12-32, e-mail: askania-zap@mail.ru;

Important! The majority of excursions to ‘Askania-Nova’ from Crimea or Kherson offered by tourist agencies is a standard three-hour walking tour through the zoo and botanical garden and does not include the safari. Therefore, you should be careful when choosing the tour and ask precisely about safari.

Getting here: It is not very easy to get to the preserve on public transport. The best way is to go to Nova Khahovka, which is located 75 kilometers (47 miles) from Askania, and take a taxi from there to the preserve (it will cost 200 grivnas and take one hour). To get to Nova Khahovka, you can take a bus. There are two busses early in the morning and two around afternoon (1.5 hours, 16 grivnas), but the tickets sell out quickly. 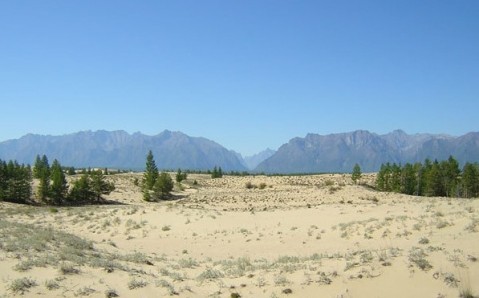