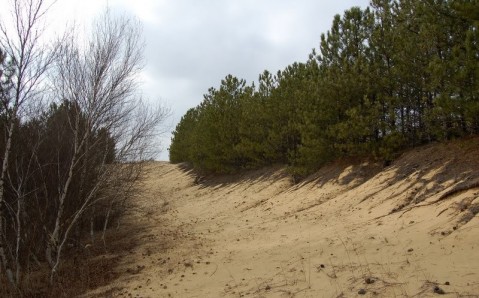 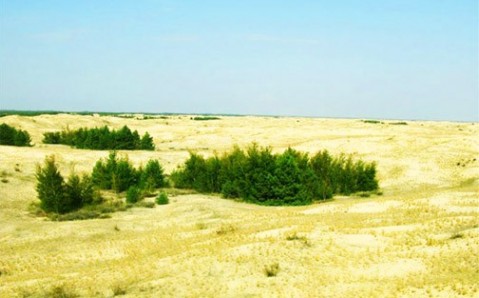 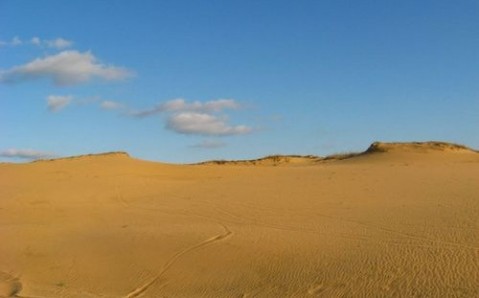 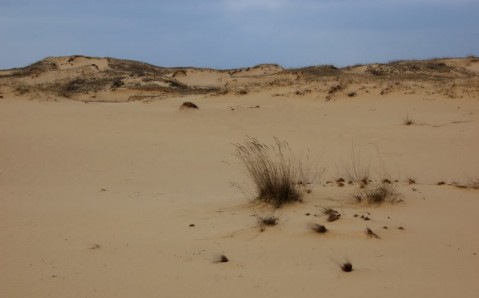 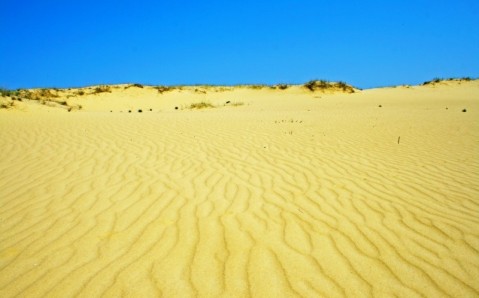 The huge desert that spreads over several districts of the Khersons’ka Oblast’ is one of the most striking places in southern Ukraine. Oleshky Sands is the biggest sand area in Ukraine, and some even call it the only desert in Europe.

The sands, located near the lower reaches of the Dnieper River, have existed for many centuries, but the desert – in form that we know it today – appeared relatively recently. This sand area used to be covered with plants, which prevented the sands from spreading. But in the 19th century, the founder of the wildlife preserve ‘Askania-Nova’ Friedrich Falz-Fein brought a huge number of sheep (up to one million) to these lands. After a while they ate all the grass, and because of wind erosion, the unrestrained sands began to take over new territories.

In order to prevent the whole Black Sea region from turning into one big desert, in the 20th century, artificial forests were planted around the sands. Today, spread over a territory of 100,000 hectares, these forests are the largest artificial forests world!

The fact that during Soviet times, a military base was located here adds mystery to the Oleshky sands. Pilots from Warsaw Pact countries trained here. Up to this day, the huge dunes sometimes reveal shells and airplane wrecks hidden under the sand.

The sand here is very fine and light, which means that the wind can easily raise it in the air. The sand storms and tornados that begin in the sands sometimes reach Kherson, located 30 kilometers (19 miles) away.

As any desert, the Oleshky Sands have their own oases. There are dried up, wet, and mineral lakes among five-meter (16 foot) high wandering sand hills, covered with grass and bushes. And 400 meters (1310 feet) underground is a fresh lake with incredibly pure and delicious water.

In recent years, this amazing place has become more and more popular with tourists. And no wonder: endless golden sand dunes, against the background of unbelievably blue sky framed by green pine forests, are like a scene from a fairytale that came to life. Nobody wants to leave this beautiful land!

Getting here: The best way is to take a bus from Kherson to Nova Khahovka (around an hour drive, 22 grivnas), and take a taxi from there to the Oleshky Sands (around 200 grivnas).

The entrance to the desert is completely free, but you should make use of professional guides. You can order a guide, for instance, at the campsite ‘Chumats’ka Krynytsia’, located near the village Proletarka by the desert.