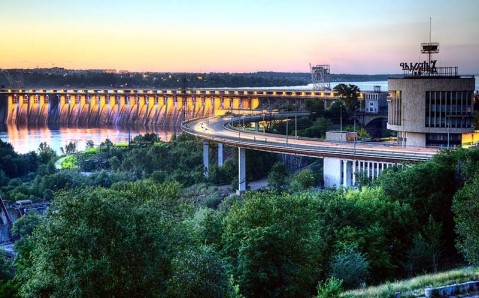 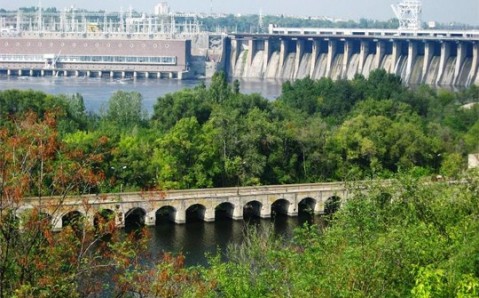 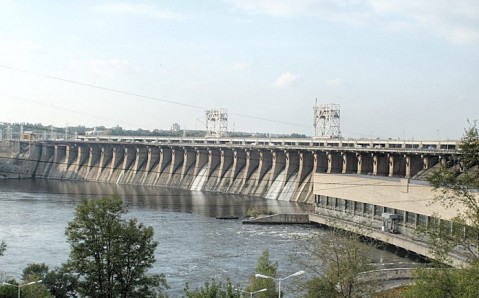 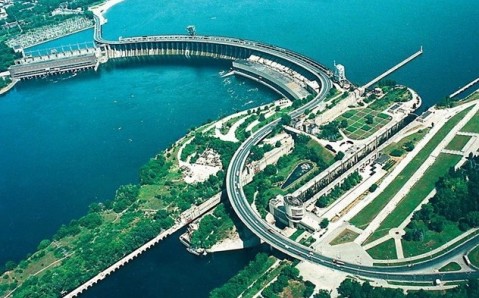 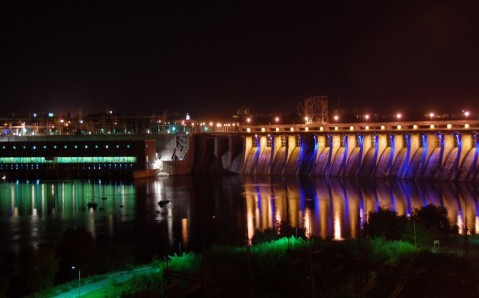 This unique hydropower construction is (along with Khortytsia) the symbol of Zaporizhzhia . DneproGES is the oldest hydroelectric power station on the Dnieper River; during its early years, it was the largest in Europe. Today, it is not as powerful as many other hydroelectric stations in the world. However, it remains a familiar construction in Zaporizhzhia that embodies an entire epoch.

It is said that the first blueprint of DneproGES appeared back in 1905, in the Russian Empire. But Emperor Nikolai II undervalued the perspectives of hydropower engineering, and the project was shelved. Twenty years later, however, Joseph Stalin expressed interested in the idea of a grand installation on the Dnieper, and in 1927, the construction of the DneproGES started. According to the Soviet leader's plan, it was to become not only a large source of electricity, but an architectural masterpiece as well.

Opened in 1932, the DneproGES dam allowed for flooding of the Dnieper, and for better navigating along this major waterway. The electricity produced by the power station helped to facilitate the development of Zaporizhzhia’s industries.

The hardest period in the history of DneproGES happened during the period of World War II. The German invaders were adamant in destroying the dam. On Hitler's strategic map, Zaporizhzhia was highlighted and circled several times over; in 1943, the Führer even visited the town personally. Over the period of three years, the dam came under heavy bombardment twice; its destruction was called the second Great Flood. The power station was reconstructed only in 1950.

Today, besides providing electricity to the region, DneproGES acts as a bridge, connecting the right and the left banks of Zaporizhzhia . A fantastic view opens up from the dam onto the powerful Dnieper, the Khortytsia Island, and smaller islands nearby. In the evening and at night, the station is beautifully illuminated with yellow and blue projectors.

Not far from the station is the DneproGES museum. Exhibitions about the dam’s construction and reconstruction can be found there, as well as a neat model of the entire station.