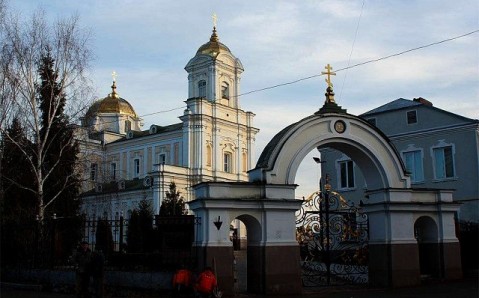 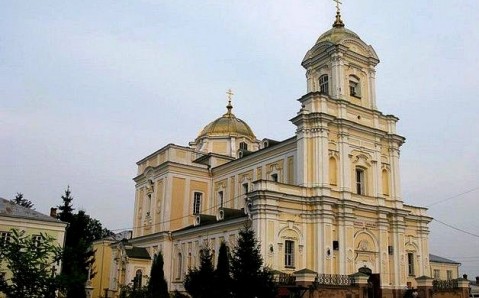 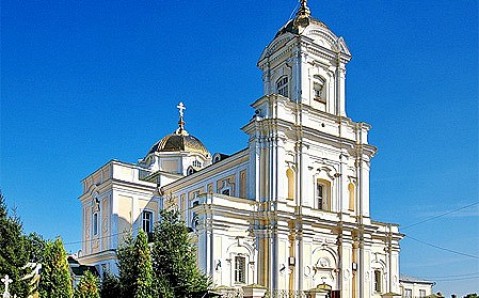 Gorgeously standing in town's administrative center, the Saint Trinity Cathedral is the true sacral architecture's masterpiece and Lutsk's main Orthodox shrine. Its light monumental building is one of the most beautiful in town and can be seen virtually from any point of Lutsk, and its bell chime can be heard even in the town's most remote corners.

In ancient times, the wooden Church of the Holy Cross stood on the place where now the Saint Trinity Cathedral stands. In the 17th century, the temple and adjoined lands were bought by zemsky (provincial) judge's wife and donated to the Bernardine order. In 1720, the ancient wooden church was pulled down, and the construction of stone defensive monastery began on its place. The Saint Trinity Cathedral became complex's main temple.

The cloister was built with matchless extravagance: it was notable for splendid interior and exterior decoration. The fact that Russian Imperator Alexander I always stayed at Bernardine monastery during his visits to Lutsk justifies that everything here was made with truly royal luxury.

In the year 1853, the Bernardine order was liquidated, and the temple was abolished. The Saint Trinity Cathedral that initially had Rococo features passed to the Orthodox Church and was rebuilt in the Late Baroque style. The former Catholic decoration was completely annihilated, at that.

But on the other hand, the 19th century's interior survived until now. Two-layer gilt iconostasis, made by prominent Ukrainian craftsmen in Pseudo Russian style, is of special value. The Saint Trinity Cathedral's elegant bell tower also arrests attention. Nine bells are installed here; the oldest of them was casted in 1820.

Today one may see survived monastic buildings near the temple. They are occupied by seminary and Saint Basil nunnery, and by secular institutions - library and publishing house. Stone gates, built in 1904, survived near the temple on the square's side. There are also ruins of the former Bernardine cemetery with interesting ancient headstones of great historical and artistic value.

1 km. More info
Field of the Battle of Berestechko