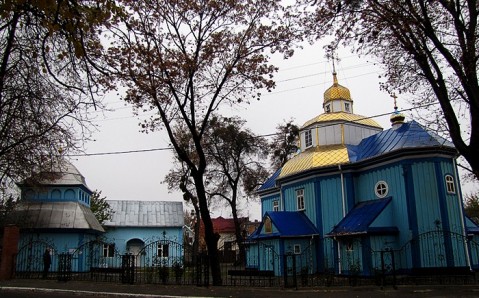 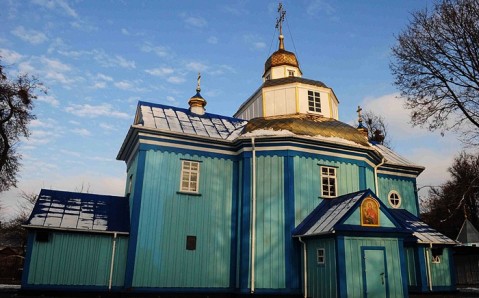 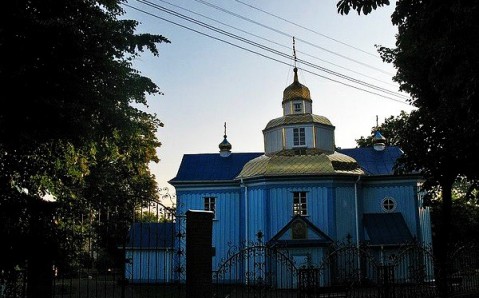 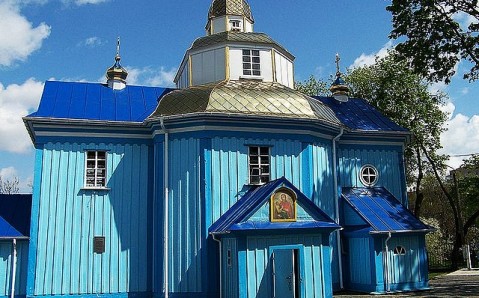 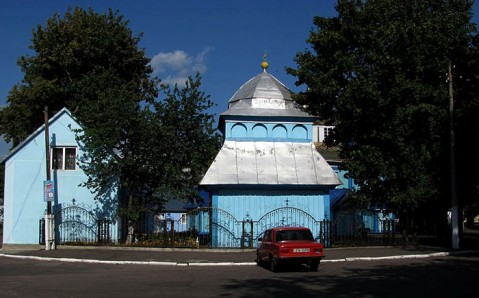 The Greek-Catholic Dormition Church can’t brag with majestic architectural shapes and luxurious decoration. Being simple and at the first sight unremarkable, it is reckoned among the Rivne key sights, though. Its value is that it is the oldest temple in city that has survived unchanged until now.

The small wooden church appeared on one of the Rivne many streets over a quarter of millennium ago, in 1756. The one-dome temple, crowned with low helm-shaped cupola, belonged to the rare works of the Volyn Wooden Architecture School. The Dormition Church’s interior was adorned with skillfully made original iconostasis, created in 1784.

In addition, the Rivne temple is notable for the standing nearby two-tier bell tower and the so-called ‘chain of moral principles.’ According to legend, in the 18th century, profane citizens were chained to it for public repentance and atonement for sins.

Another interesting story is linked to the Rivne church. The legend states, that Ivan Gnat – the leader of the Cossack uprising against the Rzecz Pospolita’s feudal and national oppression – prayed here before the battle against Polish magnates.

In Soviet times, authorities intended to pull the Dormition Church down and to build a dormitory on its place, but locals stood up for the temple. Thanks to this fact, the church has survived and functions until now.