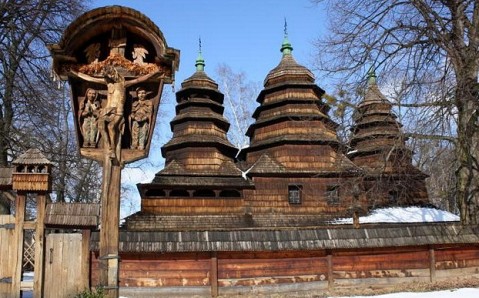 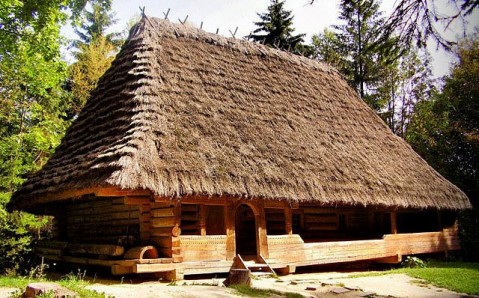 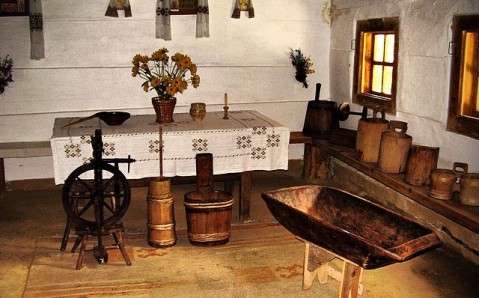 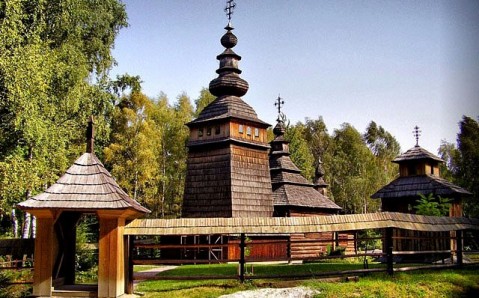 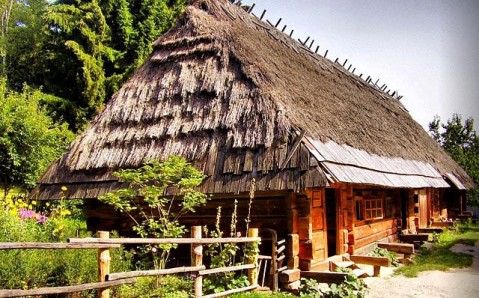 The ethnographic museum of folk architecture and life 'Shevchenko Grove' is an amazingly harmonic and cozy place in Lviv's center, where you may merge with nature and rest from city hum. This wonderful landscape-architectural complex is very popular among Lviv's locals and its many guests. Visiting the outdoor museum is not only a chance to have a good time, but also to enjoy true Ukrainian coloring.

'Shevchenko Grove' is situated on the wooded hills near Lviv's prominent park 'High Castle'. Lviv residents often call this place Kaiserwald (German for 'Royal Wood') out of habit. This name was common during Austria-Hungary rule. Here, on the territory of 60 hectares, museum's creators placed over 120 architectural sites and a bulk of folk life objects, which were brought here from Western Ukraine's various corners. In doing so they skillfully used natural relief that is surprisingly reminiscent of Carpathian landscapes.

The whole territory of the museum of folk architecture and life is provisionally divided into six historical and ethnographical zones: 'Boykovshchina', 'Lemkivshchina', 'Guzulshchina', 'Bukovina', 'Podillia' and 'Lvivshchina'. Each of them is a mini-village with all attributes of 18th-19th centuries' country life that were typical for one or another Western Ukraine's people.

'Shevchenko Grove's architectural complex consists of ancient huts and household buildings, churches, smithy, sawmill, water and wind mills. On the museums territory one may see a real creamery, where two presses for butter-making are preserved, and a village school, where village classroom's interior, typical for the 19th century - with special school desk for naughty pupils who were birched - is reproduced. Authentic atmosphere is also carefully reproduced in dwelling and household facilities: household goods, furniture, various utensils, agricultural implements, transportation means and handicraft tools are placed here.

'Shevchenko Grove's oldest architectural site is peasant house, built in 1749, and its most valuable site is the amazingly beautiful St. Nicholas Church, built in 1763. By the way, it is this ancient temple, brought in the early 20th century to Lviv, that gave the birth to the idea of museum's creation and later became its first exhibit. The St. Nicholas Church is still a functioning temple and is included on the list of UNESCO’s World Cultural Heritage sites.

Although the 'Shevchenko Grove' is good in any season, it is better to visit it in spring or summer, when ancient buildings are buried in juicy verdure of trees. You can easily spend the whole day on the scansen's territory. Therefore, don't forget to take some water and snacks with you, when going for a walk here. Moreover, the local atmosphere is favorable not only for admiring folk architecture, but also for a small outdoor picnic. 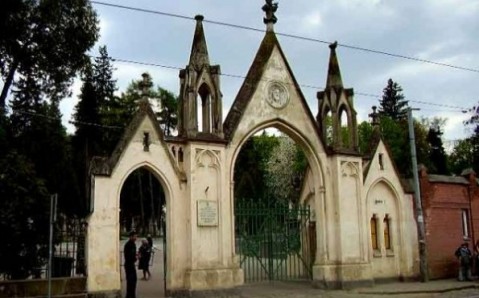