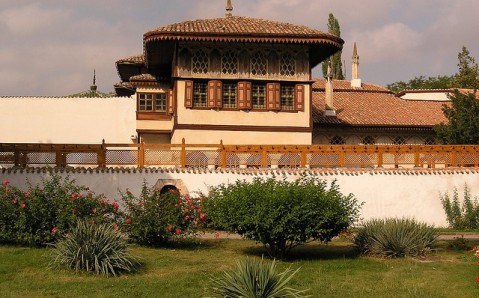 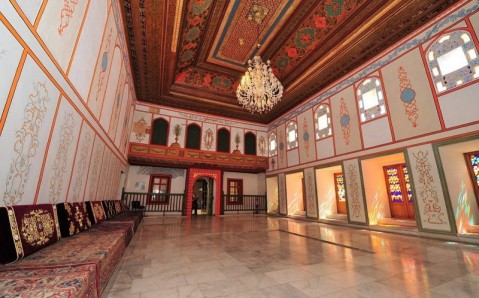 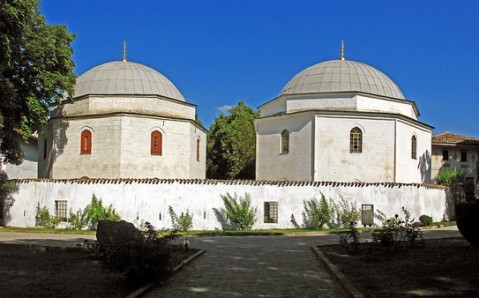 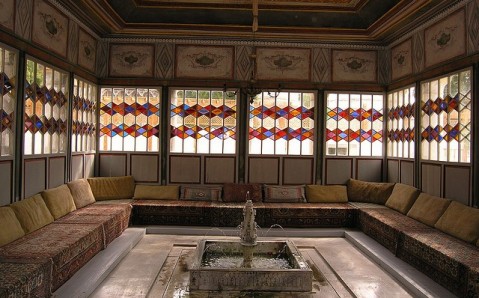 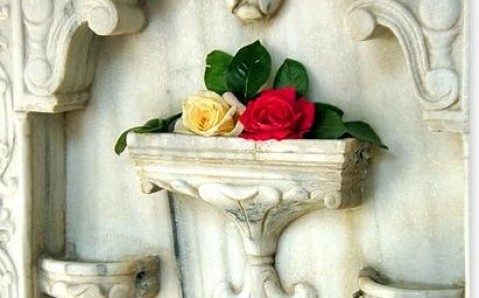 The Khan's Palace situated at the very center of the Old Town is the Bakhchysarai's brightest sight and one of the few large monuments remained from the Crimean Khanate's times. The Khansarai served as family residence of the Girays dynasty - the rulers of the Crimean state - for two and a half centuries, and now it is the only sample of the Crimean Tatar palatial architecture in the world.

Its construction began in the early 16th century, and soon an original palatial complex appeared on the territory of 18 hectares. It was an incarnation of the Muslim image of the paradise: small houses decorated with mosaics and peculiar colorful tiles, cozy yards buried in verdure, purling fountains... On the contrary to the luxurious European palaces, the Khansarai impresses neither with monumentality, nor with magnificence. It attracts with other things: with its airy lightness and romanticism. It was this trait that made Catherine the Second, who in the late 18th century ordered to destroy all Crimean Tatar buildings, to pardon the Bakhchysarai Palace.

The Khansarai was repeatedly rebuilt. The most significant reconstruction, which resulted in the palace losing its initial look and former splendor, was carried out after the destructive fire of 1736. Today only the Bakhchysarai Palace's structure remained more or less original. It is an ensemble, consisting of several palatial housings, harem, the Falcon's Tower, the Biyuk-khan-djami Mosque built on the ruins of the Christian Church, the Small Palatial Mosque, family cemetery of the former Crimean Khanate's rulers and plenty of yards with trees, flowers and fountains.

One of the most ancient architectural details of the Khansarai is the dated with 1503 Alevisa Portal (or Demir Qapı) decorated with fanciful Arabic ornate lettering. This small oak door bound with stripes of forged iron formerly served as the front entrance to the palace. The large Khan's Mosque, striking with refined painting by Iranian master Omer, stands right opposite to it there.

The same talented sculptor managed to personify human feelings in cold stone and created the Bakhchysarai Palace's main attraction - the Fountain of Tears. According to legend, the fountain was built in honor of the Khan's Krim-Giray favourite wife, who was killed by the jealous envious female, and became a touching expression of mourn and a symbol of eternal love. It owes its fame, in the first place, to Alexander Pushkin, who devoted his poem 'Bakhchysarai Fountain' to it. Near it there is a white marble fountain with golden painting - Golden, created for the ablutions.

The only (out of four preserved until now) building of the harem housing, decorated with oriental luxury, and the Falcon's Tower, standing not far from it, are among other notable sights of the palatial ensemble. There is an observation deck on the top of this hexahedral building from stone and wood. According to legend, the falcons for Khan's hunting were kept in the Tower's lower part.

Today expositions of the Museum of Crimean Tatar's History and Culture and of the Arts Museum, as well as cold steel and firearms exhibitions are situated in the palatial facilities. Separate exposition is devoted to the Alexander Pushkin's visit to the Bakhchysarai Palace.