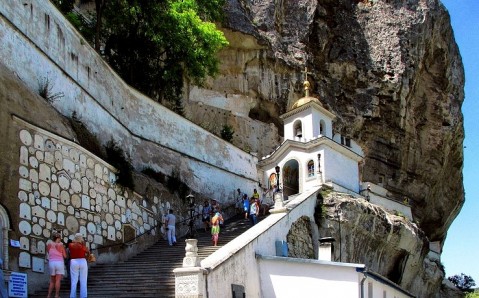 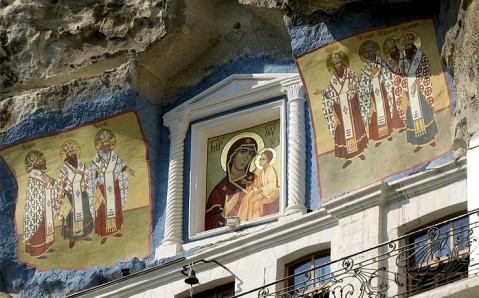 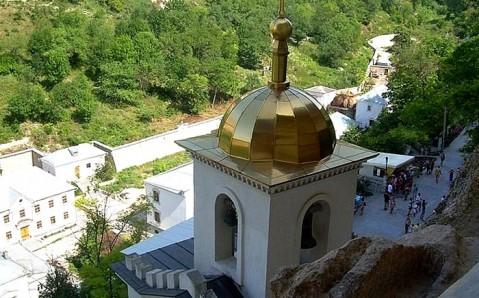 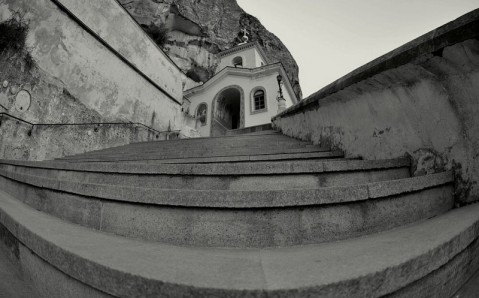 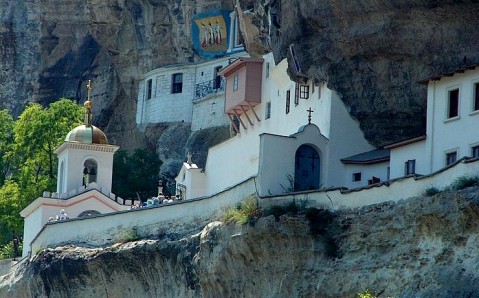 The Monastery of the Dormition is one of the oldest in Crimea and is situated in the most beautiful corner of the peninsula - in the heart of the Mariam-Dere gorge framed with cliffs that rise high into the sky.

The exact date of the cloister's appearance in these lands is unknown. There are dozens of legends - including very fairy - in this regard. Historians incline to the version, according to which, the monastery was founded in the late 8th - early 9th century by Greek monks, who fled to Crimea from Byzantine. The first monks, who came on these lands, carved a temple and caves that served as cells for them in the cliff.

By the early 15th century the cloister numbered several tens of caves already, and a tiny chapel, two houses for pilgrims and several fountains with - as monks believed - healing water were built near the caves.

The Dormition Monastery grew and developed over the next three centuries and turned into the center of the spiritual life for the orthodox residents of Crimea. Moreover, excising side by side with the Khanate capital, it was revered not only among Christians, but also among Muslims. The cloister often received large monetary support from Crimean Khans. But in 1778, when on the decree of the Russian government the majority of the Christians living in Crimea were resettled to the Azov Sea region, the Dormition Monastery became empty.

However, in the middle of the 19th century the monks returned here and the cloister was revived. 50 years later five temples functioned on the Monastery's territory, several brotherhood housings and the house of the father superior were built. During the Crimean War of 1854 - 1855 the military hospital was located in the cells of the monastery; the burials of the killed participants of the defense of Sevastopol can be seen at the ancient cemetery.

In 1921 the Monastery of the Holy Dormition was closed, its property was plundered, and the monks were shot by order of Soviet authorities. It was not until 1993 that the reconstruction of the cloister began: three out of five temples were revived, housings with cells, the house of the father superior, bell tower and the massive stone stairs leading to the monastery were reconstructed.

Nowadays the Dormition Cloister is not only the place of pilgrimage for orthodox believers, but also one of the Bakhchysarai's wonderful sights that rivets tourists' attention and invariably causes admiration.

Getting here. You can take a bus from the Khan's Palace or from the bus station to the terminal station - 'Staroselye'. Then walk through the Mariam-Dere gorge.