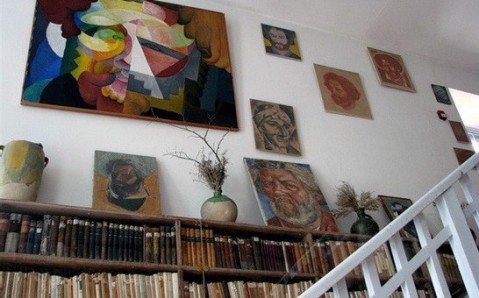 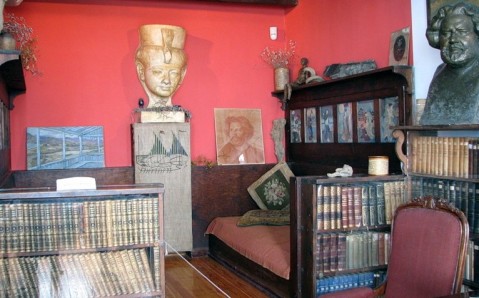 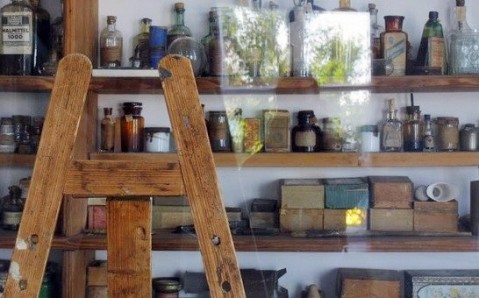 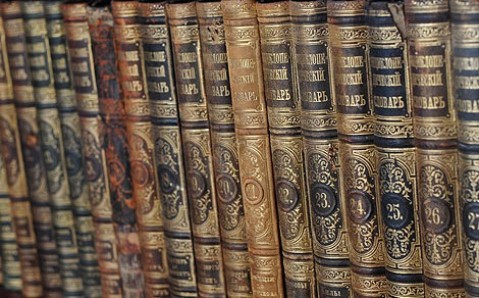 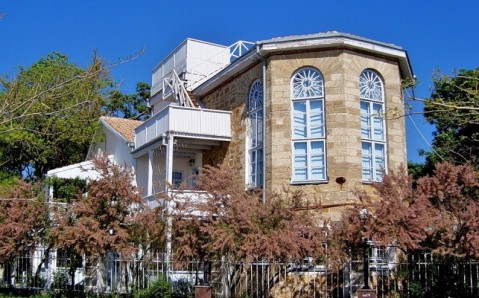 The unique museum opened in Maximilian Voloshin's - Russian poet and painter - former house is Koktebel's cult place and its key attraction. This hospitable house that used to be meeting and socializing place for creative intelligentsia has preserved Silver Age's wonderful spirit and incomparable charm.

The house was built in the early 20th century after Maximilian Voloshin's project and numbered 22 rooms, 15 out of which were meant for poet's friends and acquaintances - eminent writers, painters, scientists and artists. Maxim Gorky and Nikolai Gumilev, Mikhail Bulgakov and Marina Tsvetaeva, Pablo Picasso and Diego Rivera stayed here.

Museum's original collection that numbers several thousands of exhibits, telling about Maximilian Voloshin's life and work, is located in three halls. These are, in the first place, poet's personal belongings, photographs, pictorial canvases and graphical works. The House-Museum's main treasure is its authentic interiors that are preserved thanks to Voloshin's wife: all things are at the same places as a hundred years ago and create unique atmosphere of former cultural center.

Maximilian Voloshin's workshop stands out among other rooms. Its furniture is exactly the same as in its famous owner's lifetime: bureau, easel, shelves for work instruments, paints and brushes, and Voloshin's watercolor works on the walls. The interior's center is so called cabin Taiakh. This is a small corner, where a sculptural portrait of Ancient Egyptian Goddess of the Sun stands between couches. It is a copy, which the poet bought in Berlin in 1905.

Poet's memorial library occupies a special place in the museum's fund. It contains many rare editions and plenty of books with prominent Russian and World cultural workers' autographs.