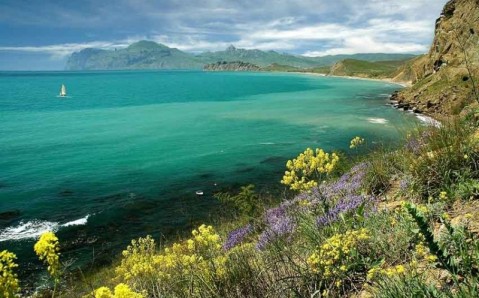 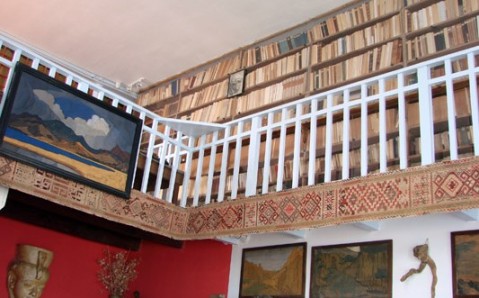 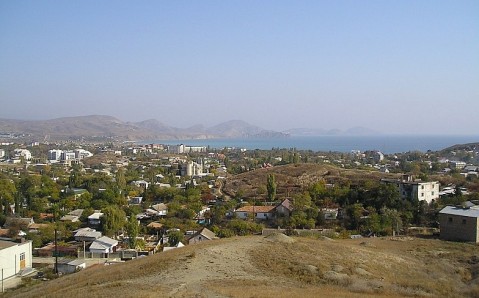 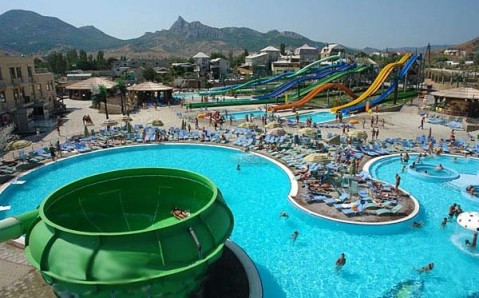 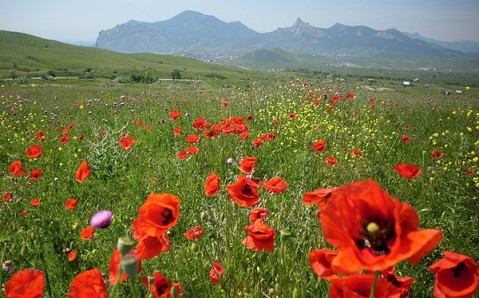 Koktebel is a popular resort on the southeastern coast of Crimea, famous for its splendid landscapes, wide pebble beaches, and healing air. It is situated not far from Feodosiya, at the foot of the famous Karadag mountain range. In Crimean Tatar language, the name Koktebel means the ‘land of blue hills.’

The precise date of settlement’s foundation is not known. It is known, however, that in the middle of the 19th century, a small settlement inhabited by Crimean Tatars and Bulgarians who migrated to the peninsula was located on the territory of modern Koktebel. The settlement turned into a popular resort half a century later, when landowner Edward Junge started to sell these lands to those looking to build summer homes. Since then, Russian Bohemians - artists, writers, poets, and scientists – have been enamored of Koktebel.

But the settlement only won true fame when the poet and artist Maximilian Voloshin settled here. His summerhouse, in which artists often gathered, became the real spiritual center of Koktebel. Voloshin himself called his house ‘an artistic colony for poets and artists.’ Maxim Gorky, Alexey Tolstoy, Marina Tsvetayeva, Mikhail Bulgakov, and many other famous Russians, stayed at the house. Voloshin himself wrote his best poems and painted his best pictures in Koktebel.

In the late 20th century, the cottage house where Voloshin used to live was turned into a literary and art museum. The Maximilian Voloshin House Museum is considered the resort’s main attraction. Its collection numbers over 60,000 pieces, including the collection of Voloshin’s pictures and watercolors, as well as his personal library, containing unique prints. Adding to the value of the museum is the fact that its interior has remained almost the same as it was during the life of its famous owner.

Koktebel is also renowned for having the ideal conditions for gliding. Every year, thousands of hang gliders and paraglide lovers come here. The admirers of less extreme activities spend their time in Koktebel’s water park. This unique complex of water slides is considered to be one of the best in Crimea.

For many years, Koktebel has hosted several major international festivals. The most famous of them, the ‘Jazz Koktebel,’ became the town’s trademark. Each year, the festival of modern ethnic and jazz music gathers up to 20,000 visitors on its small territory, and their numbers are only growing.

So even today, Koktebel keeps its reputation of being not only a cozy Crimean resort, having all sorts of leisure activities and entertainment, but also a popular meeting place for artists, inspired by the genius of Maximilian Voloshin.