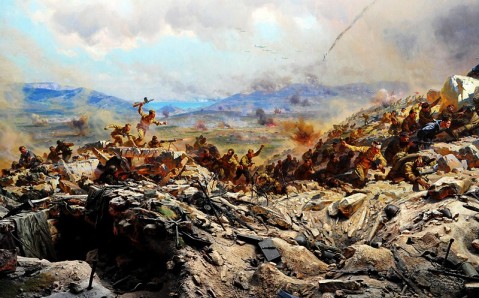 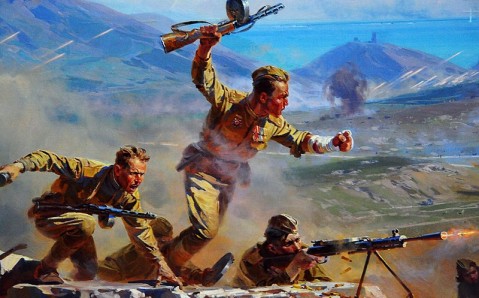 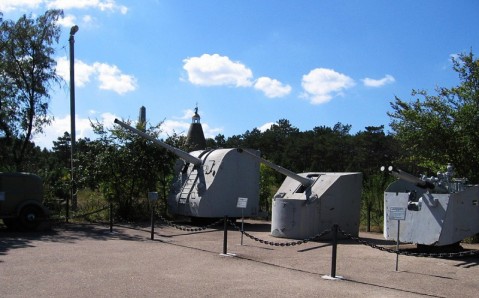 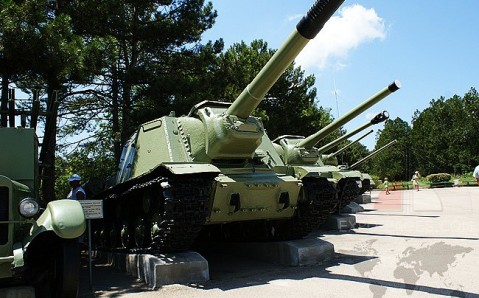 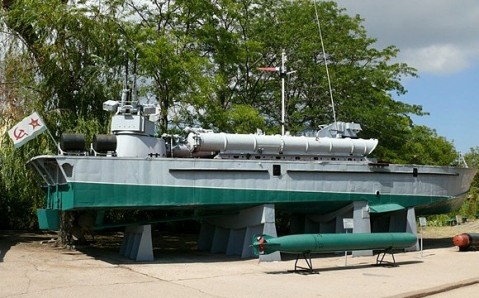 The diorama ‘Sapun Mount Storm on May 7, 1944’ is one of the largest battle paintings in the world. It is the center of the largest memorial complex in the city that was created on the top of the Sapun Mount in order to commemorate the heroic deed of Soviet warriors who liberated Sevastopol from the German-fascist invaders.

Located seven kilometers to the east from Sevastopol, the Sapun Mount had the key position on the approaches to the city, and therefore, many crucial military events took place here in different times. The fiercest battles happened on the Sapun Mount during the World War II – during Sevastopol’s heroic defense, in 1941-1942, and its liberation in May, 1944. It is to this last event – the final stage of the hostile fortifications’ storm by Soviet soldiers that ended with city’s liberation – that the impressive diorama, opened on the Sapun Mount, in 1959, is devoted.

One of the largest and the most realistic works of battle art – the diorama ‘Sapun Mount Storm on May 7, 1944’ – is located on the first floor of the ascetic semicircular building, standing on the mountain’s top. Diorama’s main element is the semicircular pictorial canvas of impressive (25,5-meter-long and 5,5-meter-high) size. Painting’s special emotional impact is achieved through the natural size of people depicted on the pictorial canvas’s foreground. This technique and the scale of the work helped the painters show battle’s size and heat, as well as the mass heroism of Soviet soldiers.

The objects, placed between the observation ground and the pictorial canvas, make the diorama very natural. Fortifications’ remnants, weapons and enemy’s military equipment items, gathered on the battle fields near Sevastopol, were used here. Diorama’s natural plan reproduces local terrain, dotted with shells and bomb craters, with full-sized enemy dugouts and trenches, splinters and cartridge cases. This creates an illusion of space depth and volume, reinforcing the sense of reality and authenticity of the depicted events.

Building’s ground floor is occupied by museum’s exhibition halls, devoted to the history of Sevastopol’s defense, in 1941-1942, and its liberation. The grounds in front of the diorama building feature the samples of naval and general military technical equipment from the World War II period: tanks, self-propelled and anti-aircraft machinery, mortars Katyusha, naval guns, mines and real torpedo boat.

Getting here. The Diorama is situated on the sixth kilometer of the Yalta highway. The bus №20 goes here from the Malakhov Kurgan.