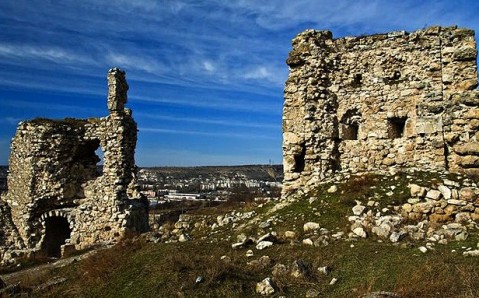 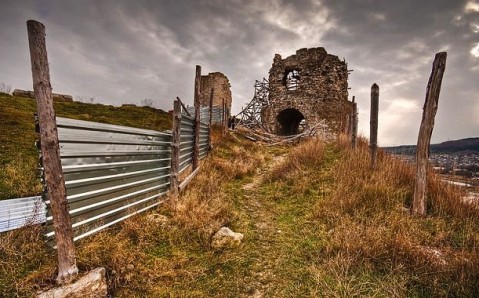 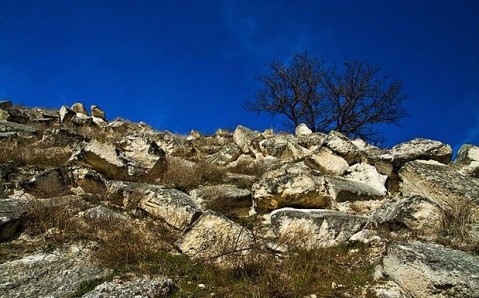 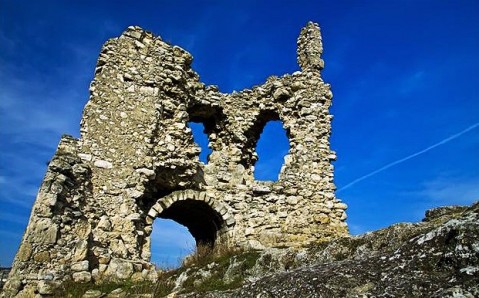 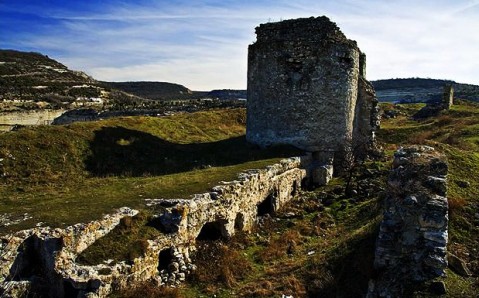 The ruins of the once majestic Kalamita fortress, standing on the picturesque Monastic Rock’s plateau in the Sevastopol outskirts, is one of the most interesting monuments of medieval Crimea’s fortification architecture, which is rightly reckoned among the most unique sights on the peninsula.

The first fortifications appeared here back in the 6th century. Built by Byzantines, they served as protection of trade routes leading from steppe Crimea to the Chersonese. By the 14th century, the fortifications were almost totally destroyed and the medieval princedom’s ruler Feodoro, who owned the southwestern part of the peninsula, ordered to build the Kalamita fortress on their place. It was aimed to protect the only trade port in the princedom.

Initially, the defensive walls and the gate tower were built on the rocky plateau at the Black River mouth. Later, the fortress was fortified by several more two-tier square towers. Citadel’s southern and western sides were protected by steeps and its northern and eastern sides – by the ditch carved in the rock. However, despite all the Feodoro’s efforts, the defensive capacities of the Kalamita fortress were poor (mainly because of the weak, barely one-meter-thick walls). Therefore, in 1475, the Ottoman Turks easily conquered the fortress.

New owners significantly fortified fortress’s constructions: strengthened the defensive walls by making them twice as thick, closed the previously open back side of the towers and built new barbican tower, which became defensive system’s center. In this way the Turks adjusted the Kalamita fortress to using firearms. Moreover, they renamed it as Inkerman (Turkish for ‘cave fortress’). Such name was chosen, because the rock, where the massive medieval fortification stood, was dug up with multitude of caves. Some of them had household importance and others – the cultic one, for there was an ancient cave monastery with several tiers of carved in the rock cells near the fortress.

When in the late 18th century Crimea was joined to Russia, the fortress lost its defensive importance and was almost totally destroyed. Only some fragments of walls and of several towers survived until now. Today, the remnants of the semicircular tower with fortress gates can be seen here. There used to be an Orthodox temple on its second tier; later it was rebuilt into cannon casemate by the Turks. Another tower with remnants of gun-ports for firearms, which were installed during reconstruction in the 17th century, stands nearby. The separate fortress building of the barbican tower is the best preserved one. The stone ditch with casemate caves and the fragments of the medieval church have also survived on the Kalamita citadel’s territory.

Getting here. The fortress is located in the town Inkerman. The route taxi №103 and the bus №21 go here from Sevastopol. You need to get off at the station ‘Chermet.’

6 km. More info
The Museum of the Black Sea Navy