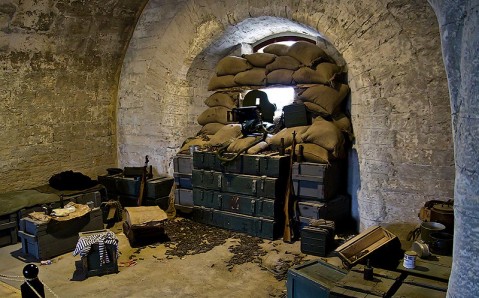 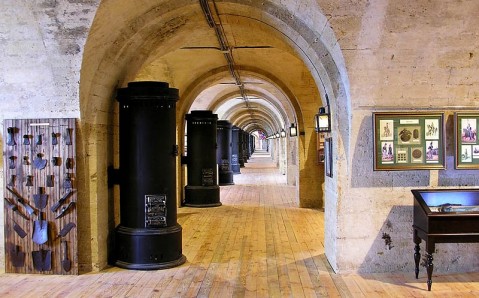 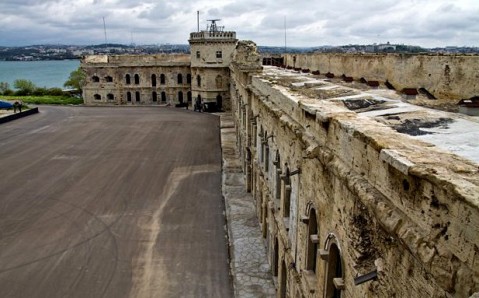 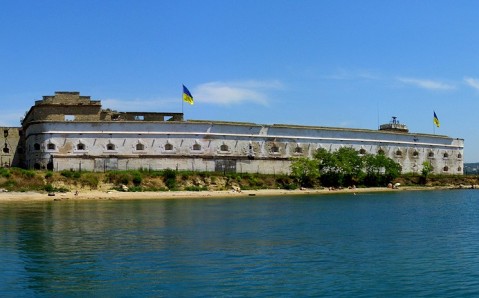 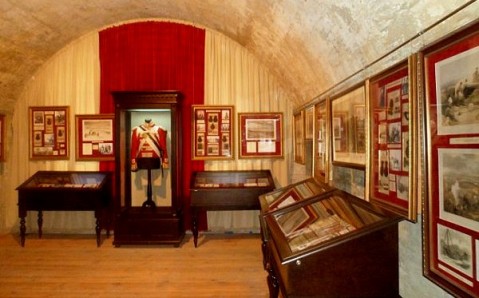 Situated on the northern side of the Sevastopol bay, the large-scale fortification with multitude of loophole windows is clearly seen from the city quay. It is the Mikhailovskaya Battery, one of Sevastopol Fortress’s forts that survived until now. This object of huge historical importance has become the symbol of the hero city. Today, majestic ravelin’s premises are turned into original exhibition hall, whose unique exhibits are devoted to the heroic period of Sevastopol’s and Black Sea Navy’s history.

In the early 19th century, the Russian Empire won series of difficult battles against Ottomans and reached its long-lasting goal, for which it strove for almost three centuries: it got the access to the Black Sea. However, being constantly abetted by England and France, Turkey didn’t give up attempts to win back its supremacy in the region. In conditions of potential danger, Sevastopol Fortress’s importance multiplied up many times. Therefore, in 1834, the Imperator Nicholas I ordered to reconstruct its coastal batteries and to build new, stone ones. The Mikhailovskaya Battery with casemates was among the latter ones.

Its construction was finished right before the outbreak of the Crimean War, in 1846. The building was named after the Great Russian Prince Mikhail Nikolayevich, the fourth son of Nicholas I. Built with a scope and elegance of then palatial architecture, the ravelin was a powerful defensive structure with strong artillery.

It was a massive two-storey building that consisted of the central building and adjacent side wings. The fort was more than 200 meters long and had almost 2-meter-wide solid walls. Two three-tier towers with gun-ports were adjoined to yard facades’ inner corners. The battery could house 115 guns of different caliber in its 58 casemates on two floors and on the outdoor platform. Rooms for fortress garrison were equipped inside the fort.

The Mikhailovskaya Battery didn’t take active part in the Crimean War: at that time its casemates, secured from cannonballs, housed hospital. On the other hand, during heroic defense of Sevastopol in 1941 – 1942, it served as a steadfast outpost: having arranged machinegun spots in ravelin’s casemates, Sevastopol navy held the line against the enemy for three days.

The facility received its second life quite recently: in 2010, capital philanthropist, interested in subject of the Crimean War, initiated Mikhailovskaya Battery’s reconstruction. It resulted in restoration of fort’s historic appearance and its premises’ functionality. 18 Dutch ovens, the same as the ones that used to heat casemates in the 19th century, were produced and installed there. Acquired during the World War II damages of building’s exterior walls were preserved in order to maintain historical accuracy.

Mikhailovskaya Battery’s second level houses the rare exposition Heroic Sevastopol, which encompasses long period of city’s history: from its foundation to liberation from invaders during the Great Patriotic War. Museum’s 30 halls are occupied by valuable artifacts from philanthropists’ personal collections. These are unique illustrations of history: original weapons and military uniforms, rare books and documents, including the original text of the radiogram (a proposal to lay down arms), sent by the Red Army commander Mikhail Frunze to Baron Wrangel. In addition, there are works of the first military photographers, who first appeared during the Crimean War.

After visiting the museum, you can come upstairs to ravelin’s roof, which offers wonderful views of the sea and the city.

1 km. More info
The Museum of the Black Sea Navy