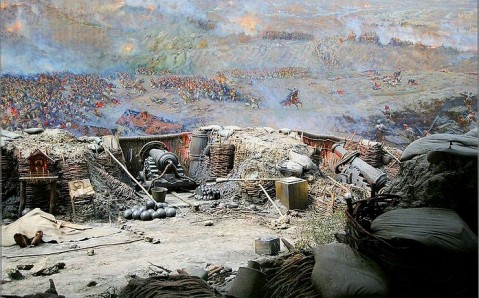 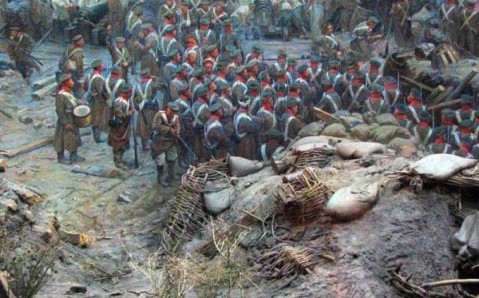 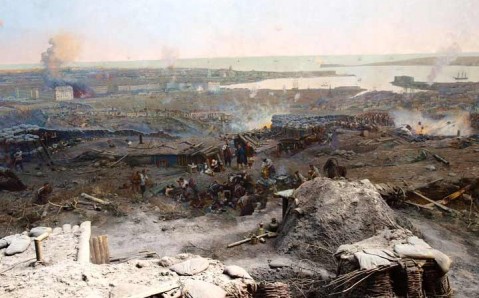 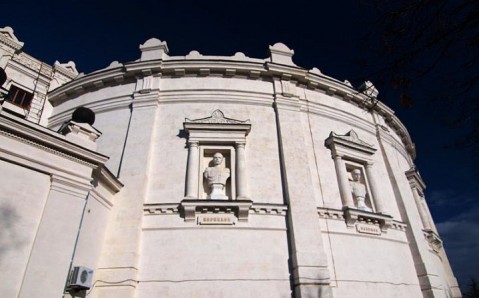 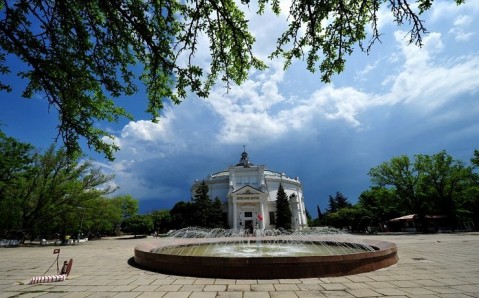 'The 1854-1855 Defense of Sevastopol' is one of the largest panoramas in the world and belongs to the list of the Crimea's most attended museums. This is an eminent work of battle painting and a monumental memorial to the heroism of the Sevastopol's defenders in the period of the Crimean War of 1853-1856.

The panorama museum tells about one of the most significant episodes of the 349-day long defense of Sevastopol - the repulse of the hostile general assault at the Malakhov barrow on June 6, 1855. It became the crucial battle in the war between Russia and military alliance of Turkey, Great Britain, France and Sardinian Kingdom for the redistribution of the power areas in Europe, on Caucasus and at the Middle East. For long eleven month the heroic defenders of Sevastopol repulsed the attacks of the strongest enemy troops, which intended to destroy the Black Sea Navy and its main base. Half a century later it was decided to immortalize their feat on canvas.

Professor from St. Petersburg Franz Roubaud - the founder of the panoramic art school and the master of the battle painting - was set in charge of this project. Having come to Sevastopol, he made a close study of historic documents, familiarized himself with battle places, talked to the participants and witnesses of the events, and on May 14, 1905, exactly at the 50th anniversary of the heroic defense, the Panorama Museum was opened for Sevastopol residents and guests of the town.

It is an impressively accurate pictorial canvas of solid size - 115-meter long and 14-meter high - that is supplemented with objective foreground. The observation ground is installed in the center of the hall. If you ascend it, you will "find yourself" on the top of the Malakhov barrow and feel yourself a witness of the heroic assault.

No less attractive than the Panorama itself is the original building, where it is located. This is an interesting round building with rotunda and classical twin-pillar portal, faced with Inkermanian stone. The building's facade is turned to the fountain installed in the center of the Historic Boulevard.

Since 1970 the exposition of the Museum of the Heroic Defence and Liberation of Sevastopol, telling about events and heroes of the first siege, as well as about the Panorama itself, is located in this building. Moreover, the diorama 'Underground Mine War in Sevastopol' is exposed here.