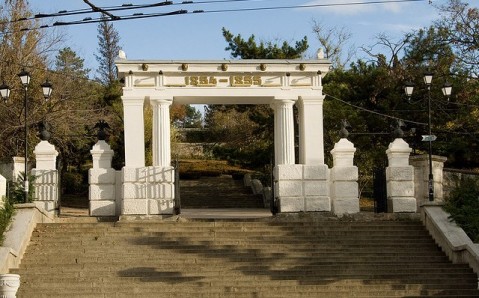 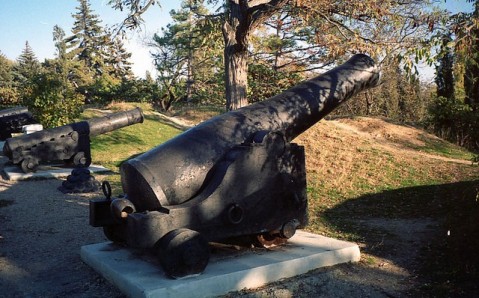 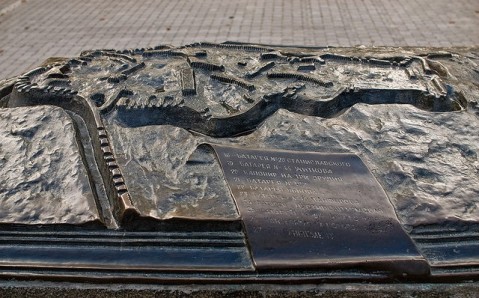 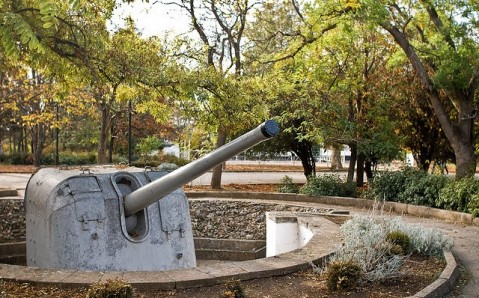 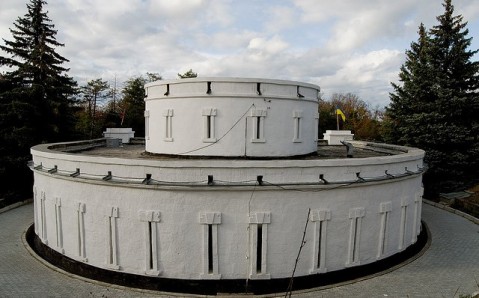 The memorial complex 'Malakhov Barrow' occupies a special place among the huge number of historical monuments, for which Sevastopol is famous, and is one of the most popular town's sights.

It is almost 100-meter high hill at the Korabelnaya Storona - in one of the town's most ancient districts that was a battle place of two fierce combats. During the Crimean War of 1853 - 1856 Kornilovsky bastion - one of key strong points - was situated here, and during the World War II - two-gun artillery battery, which helped to repulse the fascist troops' attacks against Sevastopol.

The broad stairs, coming up against snow-white stone arch with pillars, lead to the memorial complex's entrance. It goes out to the small square, where the monument to the Soviet pilots, who made an invaluable contribution to the town's liberation from the fascist invaders, and the memorial to Admiral Kornilov - one of many heroes of the first defense - are installed.

The central alley - the Alley of Friendship - runs from the square to the depth of the park. It starts with the common grave, where Russian and French soldiers, killed during the Sevastopol's first defense, are buried. Ship cannons from the World War II times are installed along the alley. Bronze map of Malakhov Barrow's fortifications in the Crimean War period is also situated here.

The alley gradually blends into the square with a semi-round white building in the center. This is the defensive tower - one of the few Sevastopol's fortification facilities created in the early 19th that have remained in spite of all the military peripeteias until now. It is a fortified stone building with lots of gun loopholes and embrasures. With their help, as well as due to its form, the tower allowed conducting circular defense. Its lower part was used as aid station, powder cellar and shelter for barrow's defenders during firings. Recently the Eternal Flame was set on the ground in front of the defensive tower.

Today there is a branch of 'The Heroic Defence and Liberation of Sevastopol Museum' in the tower's premises. Its exposition tells about Malakhov Barrow's role in the defenses of 1854-1855 and 1941-1942 and includes arms' collection, military outfit, equipment and many other combat relicts.

The price includes visitation of the museum in the defensive tower and excursion through the whole memorial complex.