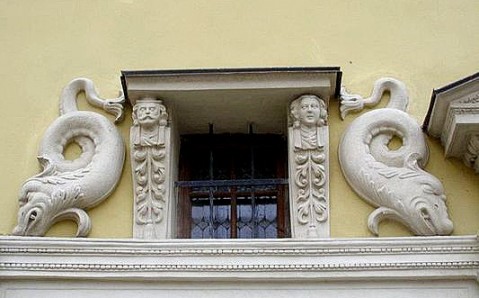 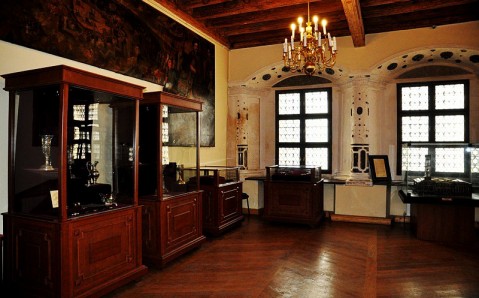 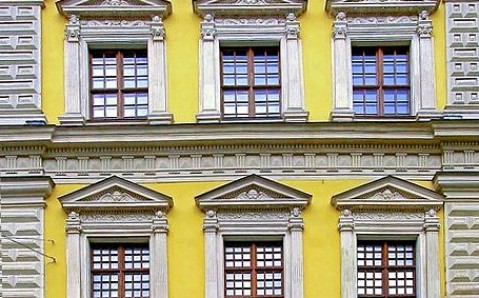 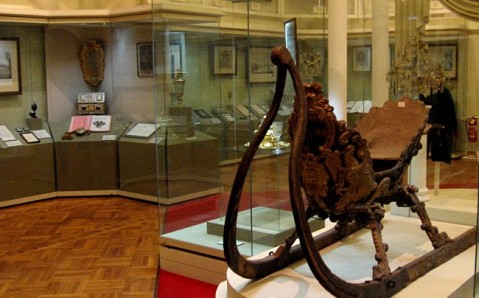 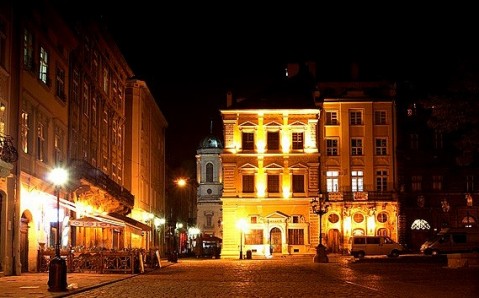 The Bandinelli Palace is considered to be a very interesting monument of late Renaissance architecture in Lviv, on par with other notable ancient buildings that constitute an original ensemble of the Rynok Square. It was built on the place of an old gothic kamenitsa by the merchant and pharmacist Janush Vedelsky, in the late 16th century. However, it became famous thanks to another owner, Roberto Bandinelli, and was listed in the Lviv history under his name.

Florentine merchant Roberto Bandinelli, who is said to be a grandson of the renowned Italian sculptor Baccio Bandinelli, visited Lviv for the first time in the 1620s. The city caught the fancy of the Italian and he decided to stay there for good. He had managed to obtain citizenship and purchased a beautiful house in the central city square. The building attracted his attention with the stone figures of dolphins – the animals that were considered a symbol of good luck and prosperity in trade matters – on the facade.

However, Bandinelli didn’t succeed in trade and decided to start a more profitable business: offering postal services to local residents. In 1629, Polish King Sigismund III granted him a privilege to maintain regular Royal Post, along with a title of royal post-master. In the same year, Roberto Bandinelli opened a post office – the first one in Lviv, and in the whole Ukraine – in his house.

New business was quite profitable because postal services were very expensive in those times. For example, sending a six-gram mail to Gdansk equated a day's salary of a skilled craftsman. Given that such service was too expensive for the locals, Lviv city council decided to close the post office. This led to Bandinelli’s bankruptcy, while he had invested a lot of his personal funds in this business.

A hundred years later, new owners significantly rebuilt the house, having kept only the original portal, decorated with stone pillars, and the window, located to its right and decorated with sculptures of dolphins. Later, a bookstore, where Lviv intelligentsia used to meet, was situated there. And now, Bandinelli Palace’s renovated premises house the Museum of Post, which is devoted to the development of post service in the 17th – 20th centuries (Polish and Austro-Hungarian period of Lviv’s history) and reminds of the building’s past of four hundred years.

The museum has three halls that feature more than one hundred exhibits, most of which are truly unique: trunks of Swedish and Polish kings, old maps, postman's uniform dated to the first half of the 19th century, the first artistic postcards and even weapons that Lviv postmen used in case of necessity.