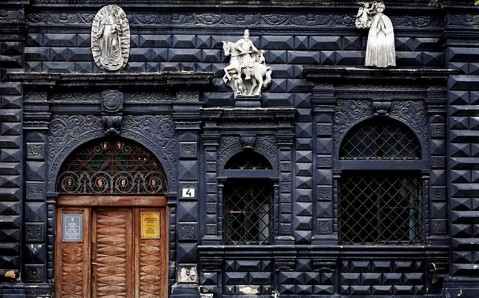 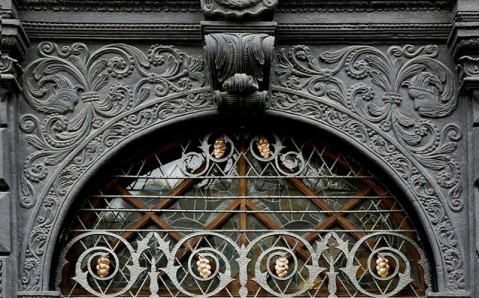 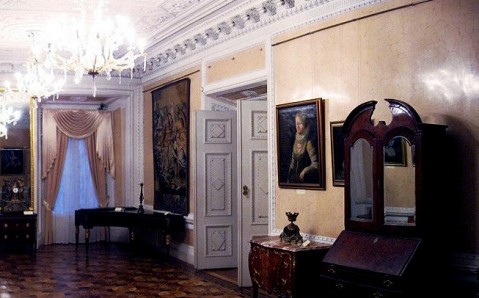 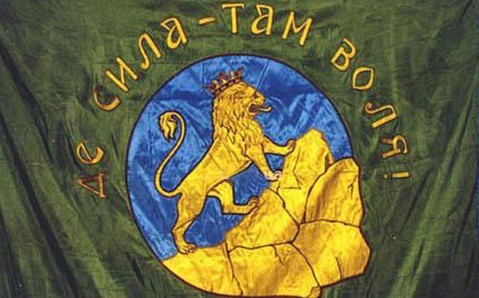 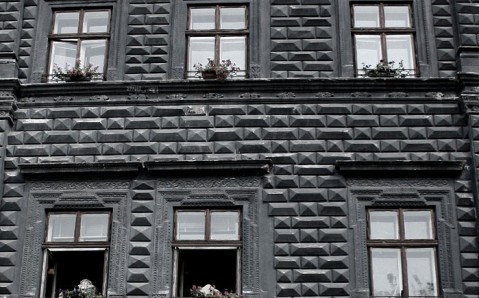 City’s trademark building Black Kamenitsa is probably the most amazing and attractive historical construction on the Lviv Rynok Square. Thanks to invincibly riveting color of its facade and elegant stucco work that decorates it, the house is recognized as a prominent model of habitable Renaissance architecture that has no analogs in Europe. The fact that this unique building is one of the few houses on the Rynok Square that have preserved their original look makes it even more valuable.

The House №4 was built on the central city square in the late 16th century. It was raised on demand of a rich Italian merchant, who invited best architects from his motherland, on the base of the older Gothic building. However, soon the house passed to new owner, the representative of the Lviv patrician family Jan Lorencowicz, who opened one of the first city pharmacies there. It was he who built house’s third storey (the fourth one appeared almost two centuries later instead of the attic). Having inherited the house, Jan Lorencowicz’s granddaughter married the doctor Martin Anchevsky and he adorned building’s facade with the sculpture of his patron Saint Martin. Today you can see stone figures of Madonna and Lviv Saint Stanislaw Kostka, who was considered to be city’s protector from fires, which happened frequently in those times, near it.

The unusual building arrested attention by its original facade, which was faced with diamond-shaped small stone blocks and decorated with very beautiful fretwork with a plot. The sandstone, from which the house was built, was initially white but over time it absorbed street dust and furnace soot and darkened. Townspeople liked the new color and decided to sustain it during future restorations. It was then that the house got its current name, the Black Kamenitsa.

There are some other versions explaining building’s dark color, though. One of them states that building’s facade was regularly covered with white lead that served as a base. Over time it oxidized under the influence of the sun and wind and darkened. There is another, quite fantastic explanation for kamenitsa’s unusual color: it is said that the facade was rubbed with green walnut’s juice for many years and due to this acquired dark color.

There is a small stone ledge to the right from Black Kamenitsa’s entrance. It used to be a bench for night watchman. It was made very narrow and uncomfortable in order to prevent the guard from falling asleep.

Building’s interior almost didn’t change over the centuries: original pillars covered with relief ornamental pattern, ceilings with crosscut beams and wide windowsills have survived. Currently, three expositions of the Lviv History Museum are located there. The first and the largest one is devoted to the history of the Ukrainian people’s liberation movement: it features documents, personal belongings and weapons of the Legion of Ukrainian Sich Riflemen and the Ukrainian Galician Army. The second one introduces landmarks of Ukrainian emigration movement, and the third one tells about the history of the West Ukrainian lands in the 19th – 20th centuries.