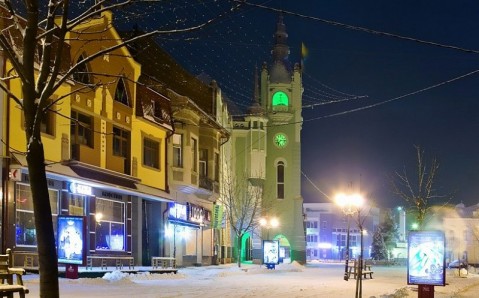 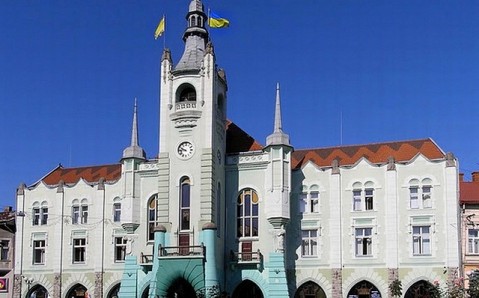 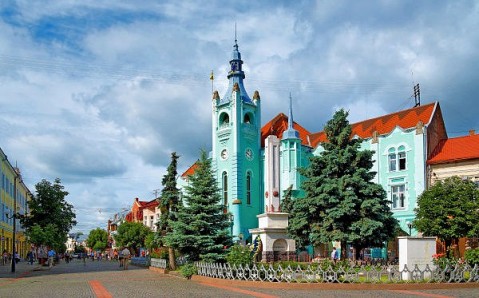 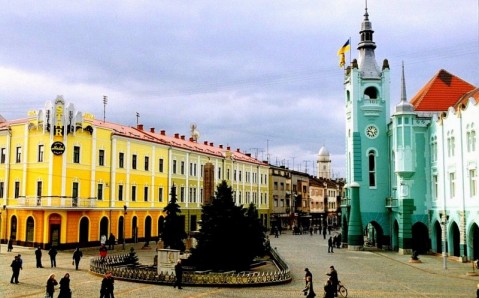 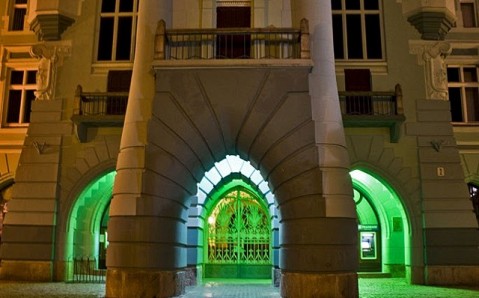 The Town Hall's fantastic building, as if emerged from medieval fairy-tale, is one of the most fascinating architectural monuments in Mukachevo that delights with its original shapes. Situated at the main town square's center, it is rightly considered its splendid ensemble's gem. And there is no wonder in that: Mukachevo’s Town Hall used to be recognized as one of the most beautiful in Europe! Even today it will easily outshine its European contemporaries, though.

The Town Hall is quite young building by historical measures. Its construction started in 1901, under the project and direction of prominent architect from Budapest. Local residents, well aware of town's history, claim that with laying the cornerstone in main tower's foundation, the capsule with message, containing data about the number of Mukachevo's residents and houses, was immured in it.

Carried out in the best traditions of art nouveau with inclusion of medieval architecture's romantic traits, Town Hall's gorgeous building was constructed over period of three years on the main square. Its salt is the bossed central tower supported by massive carved pillars that thicken at the bottom and form an arched entrance to the Town Hall. On both sides of the central tower smaller ones stand and proudly look in the sky with their long pointed peaks. Towers' facades are decorated with small balconies. Windows - lancet on the first floor and elegant double on the second floor - enhance Town Hall's unusual fairy-tale appearance.

Chimes installed on its main tower divert special attention when looking at the Mukachevo Town Hall. They were made in 1904 and, despite their venerable age, still fail-safe inform townsfolk about the time. Chimes' complicated clockwork is placed in the special glass box, located in the small oval room inside the tower. This is the system of gear wheels and levers, connected by lines with two bells placed under cupola's roof. Every fifteen minutes a hammer strikes the smaller bell, chiming quarters of an hour; and the strokes on the larger bell 'report' hours. Upon their origin Mukachevo chimes were considered ones of the best tower clocks in Europe.

The same as a hundred years ago, today the Town Hall carries out its direct purpose: it's an office building, where Mukachevo town council sits. At the same time, the Town Hall is opened for everyone willing to see its gorgeous interiors. Now, the exhibition of modern sculpture is situated in building's charming courtyard.