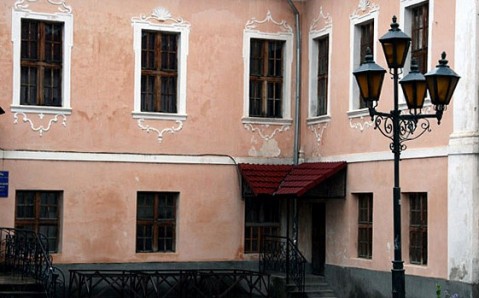 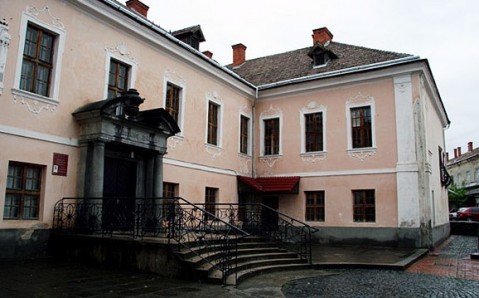 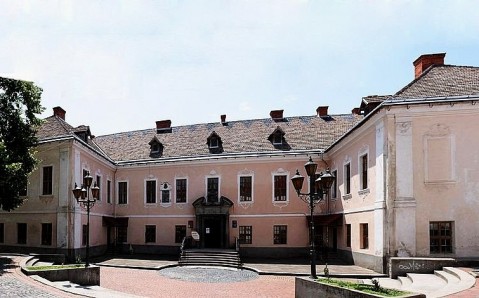 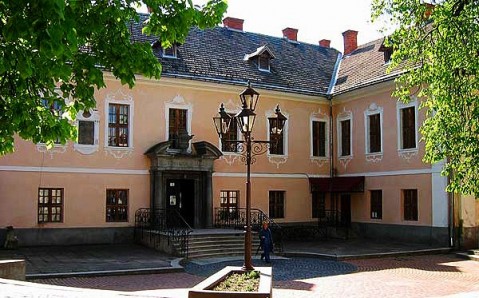 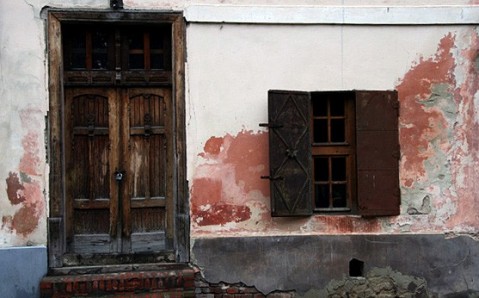 Although, Mukachevo is predominantly associated with magnificent Palanok Castle, there are also other very interesting architectural monuments here. You can even read this bright town's prolonged history through them. One of these is Rákóczi-Schönborn Palace, which used to be Mukachevo rulers' residence during its heyday. Built in the Baroque and Renaissance styles, its elegant building is rightly considered one of the most beautiful in town.

Palace's history started in the middle of the 17th century, when Mukachevo was owned by Transylvanian Rákóczi family. In the year 1667, town's new owners started building their family residency here. Raised in town's center, the luxurious palace in baroque style was a one-storey square building from natural stone, enclosed with outdoor gallery. People nicknamed the palace the 'White House', because building's facade was white with some red inclusions in its corners. This nickname remained until now.

A hundred years later, Mukachevo's, and therefore Palace's, owners changed. It became the residence of Austrian Count Ervin Schönborn. It is under his rule that the palace acquired its modern look. In 1726, the large scale reconstruction was carried out under the direction of prominent German architect, the author of the most adorable buildings in Europe.

As a result, the building changed its shape and grew one storey higher. The second floor was made out of brick. Outer galleries were pulled down, and central entrance was adorned with elegant marble aggregate portal with open stairs. In addition, the sculptural portrait of one of residence's many owners - Francis II Rákóczi - was placed on the facade. Residence's traditional baroque chic was balanced with renaissance graceful elegance.

At the same time, despite the global reconstruction, many details in palace's outer and inner decoration remained unchanged. Cross-vaulting of the old part, stone cases of window and door openings, intricate moulded decoration of interiors - all these remained the same as it was during Transylvanian princes' rule. Ancient well and massive fencing with gorgeous forged gates also survived on the palace's territory, formerly surrounded with lush garden. Today one may see the luxurious 17th century's interiors inside the palace.

The palace remained Mukachevo's rulers' residence until 1928, then it was turned into secondary school, then into town school of arts, and now it is the building of the Zakarpattia Art Institute.