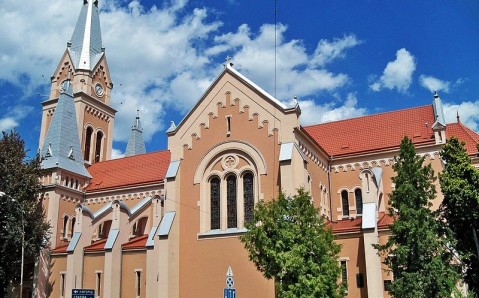 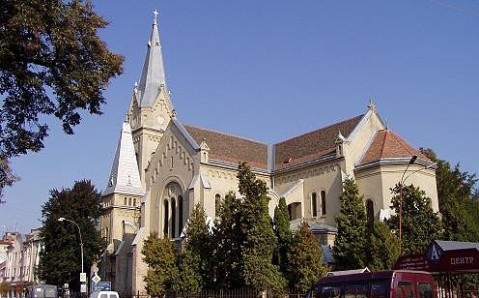 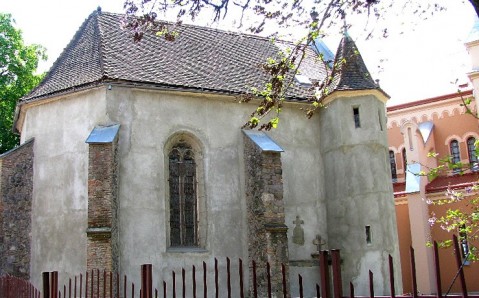 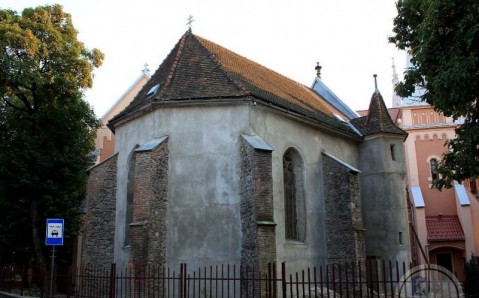 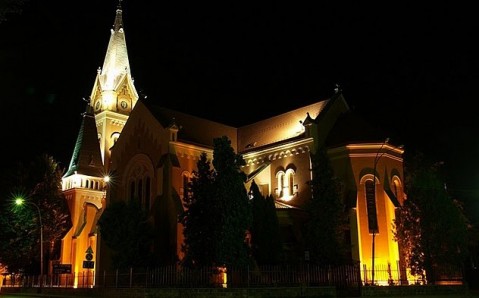 Ancient chapel, located in the yard of one of the Mukachevo's most beautiful sacral buildings - St. Martin Catholic Church, is the most valuable sample of medieval Gothic and reckons among the most ancient cultic monuments in Zakarpattia. Local residents rightly consider it town's main treasure and with pleasure show it to numerous tourists.

The first catholic cathedral appeared at Mukachevo's center in the 14th century, when under Hungary rule the town started converting to new religion - Catholicism. Built in Gothic style, the temple was town square's true adornment for over six centuries, but in the late 19th century the church became dilapidated and was pulled down. The large altar part that survived in pretty good state was spared, though. Later it was rebuilt into incredibly beautiful chapel.

This is a stone building with thick walls supported with impressive mountings. A tower with pointed cupola is adjoined to one of the chapel's walls. Building's facade is adorned with typical for Gothic architecture lancet windows with carved stone cases. Slabs with ancient epitaphs are built into side walls. And the portal in form of an arch is decorated with a rose. Colorful stained-glass windows make chapel inimitably charming. Original fresco paintings that survived since the Middle Ages are the most valuable part of interior.

In the early 20th century, new Catholic Church was built near the chapel and was named in honor of one of the most revered Saints in Europe and Mukachevo's patron saint - St Martin. As the legend has it, once, in winter, Martin saw an undressed man and gave him a half of his coat. The next day he found out in a dream that the beggar, with whom he shared his clothes, was Jesus Christ. Based on this legend's plot, Mukachevo's coat of arms was created in 1376. At the same time, the town received the right to seal important town documents with a stamp, having St Martin's image.

The new church was built, the same as its predecessor, in the best traditions of Gothic architecture and according to catholic cathedrals' building canons. Today its elegant silhouette, crowned with three pointed domes, is one of the most recognizable Mukachevo symbols and serves as a sort of landmark for town's locals and guests.