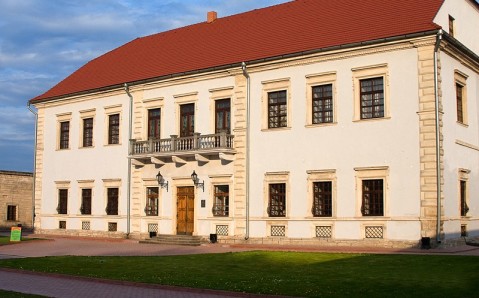 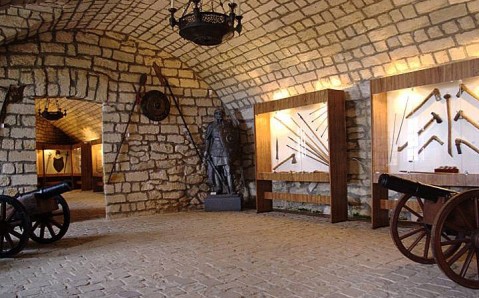 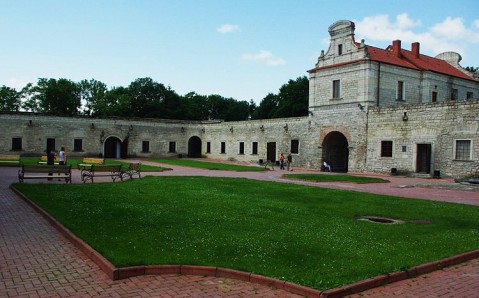 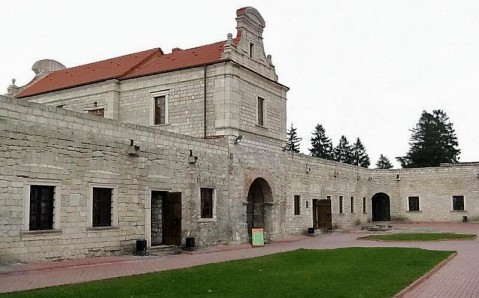 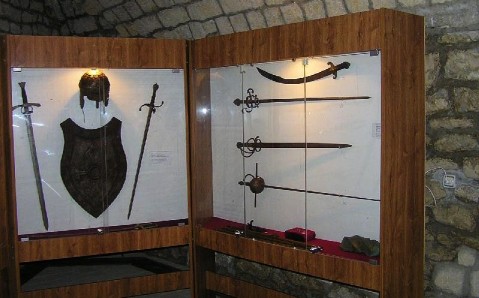 Zbarazh Castle is a recognized masterpiece of the fortification art and is reckoned among the most interesting monuments of the defensive architecture in the Western Ukraine. Located in the small town Zbarazh near Ternopil, it is one of the major tourist attractions of the region.

Castle's history started in the 1620s, when the Lithuanian Princes Zbarazsky brothers set off to build a massive fortress palace on the place of the fortified medieval settlement in Zbarazh that was ravaged by Mongol Tatars. It was supposed to serve as the residence of the princely family and to add to the defensive system of the town, which was regularly attacked by Turks and Tatars.

The construction was finished in 1631. Having embodied the advanced achievements of the fortification art of that time, the castle passed to the Wiśniowiecki family soon. New owners significantly fortified it and turned the fortress palace in one of their family residences. Under their rule the Zbarazh Castle became virtually impregnable against enemies.

The two-story Renaissance palace was built in the center of the castle complex. It was ringed by high casemated walls protected by deep water-filled ditch outside. Zbarazh Castle was a square with powerful one-tier towers in the corners. Later they were transformed into pentahedral bastions with 50 massive cannons. Each bastion had tunnels connecting it with the casemates and the castle courtyard.

Zbarazh Castle played a huge role during national liberation movement of the Ukrainian Cossacks led by Hetman Bohdan Khmelnytsky. In the year 1649, polish troops, retreating in the face of Cossack orders, fortified their position in Zbarazh and continued defensive warfare from here. But during the siege, the Crimean Khan, who had earlier promised to support Khmelnytsky, declared that he would go over to the Polish Lithuanian-Commonwealth unless the hostilities were ceased. As a result, the hetman had to sign a very disadvantageous agreement, and the castle was freed and remained in polish ownership.

Two years later, however, the Cossack troops managed to take over the Zbarazh Castle. In the following years the fortress was repeatedly attacked by Tatars and Turks. The later ones captured and burned down the castle and razed its fortifications to the ground in 1675. However, its then owner reconstructed the palace.

In the 18th century, Zbarazh Castle passed into the ownership of the Polish magnates Potocki, who abolished the fortress and turned it into an ordinary palatial estate. The building was severely damaged during the First and the Second World Wars and remained on the decline in the Soviet period. The castle wasn't restored until the history and architecture reserve was created on its premises in the late 20th century

Now archeological and ethnographical expositions are arranged in the palace. Exhibitions, organized in the palace, introduce old paintings depicting the life of the Ukrainian Cossacks, clothing and antique kitchenware. Collections of medieval firearms and cold steel, as well as unique wooden sculptures are placed in the former dungeons.

Getting here. Take a bus or train from Ternopil.

18 km. More info
Dominican Church (Cathedral of the Immaculate Conception of the Holy Mother of God)

18 km. More info
Church of the Exaltation of the Holy Cross