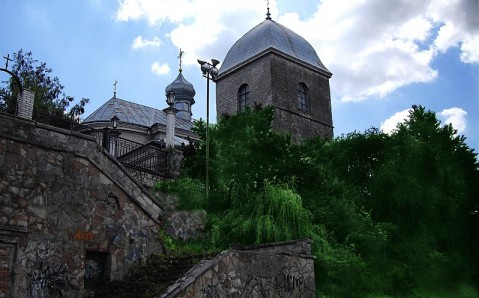 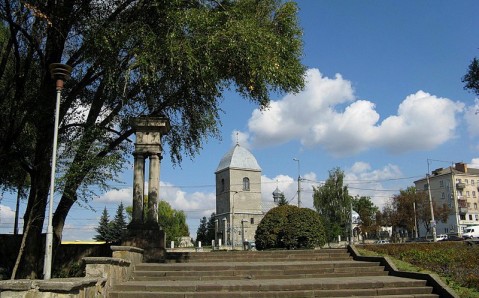 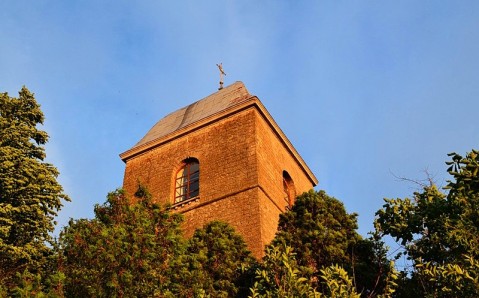 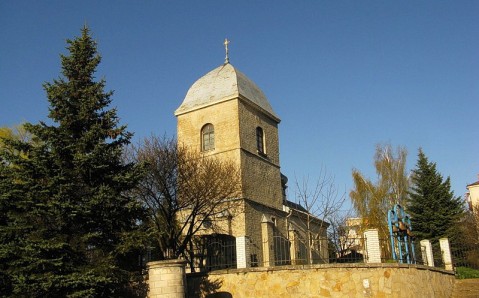 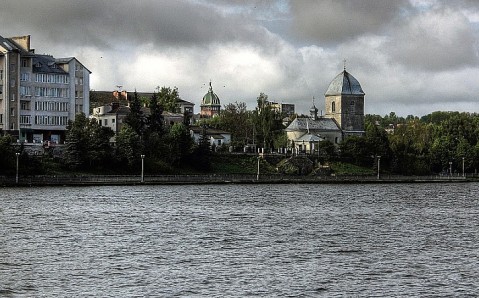 Church of the Exaltation of the Holy Cross

The Exaltation Church standing at the pond near the Old Castle is a true adornment of the Ternopil historical center. Built in the first third of the 16th century, it is the oldest cultic building in town and has a status of the architectural monument of national importance.

The stone Church of the Exaltation of the Holy Cross was built on Ternopil founder's - Polish Crown Hetman Jan Tarnovsky's - initiative on the place of the ancient wooden cathedral dated to the Kyivan Rus times and was a worthy embodiment of the best traditions of Old Russian architecture. The church was often nicknamed Nadstavnaya Church or the Church above the Pond because it stood near the town Lviv Gates above the pond (stav).

With adjoining the three-tier bell tower to its western facade, the structure of the Exaltation Church was finalized, in 1627. Carved inscription over the portal indicates this. Since that time, the church became a part of Ternopil defenses. Due to the fact that it rose above the town ramparts, temple's tower was often used as a patrol and observation point, and for firing on the enemy on the city approaches.

In addition, according to some data, the territory of the Church of the Exaltation of the Holy Cross initially had its own fortification system that used to defend temple's near approaches. Thanks to this, it acted as a small fortress - in case if an enemy managed to break through Ternopil primary defensive perimeter.

The 20th century was a tough period for the Exaltation Cathedral. It underwent the ravages of two world wars, and then church's premises were misused for a long time leading to its dilapidation and falling into decay. At that time, the temple lost its valuable iconostasis and interior paintings.

Fortunately the Church of the Exaltation of the Holy Cross was recently restored and now it is not only a token for the city Orthodox Church, but also one of its most interesting sights.

674 м. More info
Dominican Church (Cathedral of the Immaculate Conception of the Holy Mother of God)